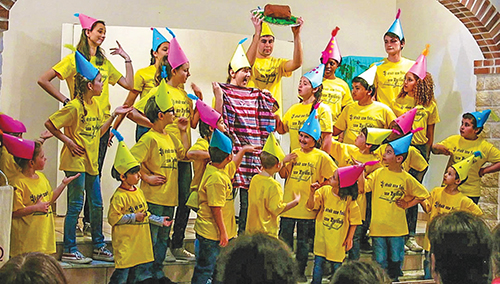 The two men are the first elders among Churches of Christ in Peten, Guatemala’s northernmost state, said Paul Crites, a missionary with the San Cristobal Church of Christ in Mixco, Guatemala. The elders and church member Cristobal Simon Perez rotate preaching, song leading and other duties and train other members to do the same “so that they no longer have to rely on a full-time, financially supported preacher,” Crites said.

The School Avenue Church of Christ in Mountain View, Ark., has played a key role in the Poptun church’s development, said Crites, who has worked with the congregation for the past seven years, teaching church leadership and encouraging self-governance. 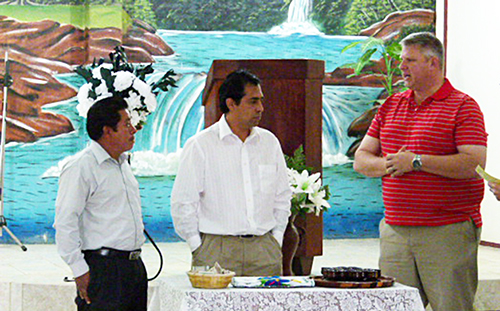 Paul Crites, right, speaks to the new elders of the Poptun Church of Christ. (PHOTO BY DANA WOODS) KENYA
NAIROBI —About 70 Christian women attended the Jipe Moyo Women’s Seminar hosted by the Eastleigh Church of Christ. “Jipe moyo” is Swahili for “take heart.”

“God’s children are spiritually wealthy, but many of us don’t act like it and often choose to live as paupers,” missionary Charlotte Hackett said of the event’s theme.
MONGOLIA
ULAANBAATAR — A mission team reports baptisms in this Asian capital, north of China.

Church members launched Mission Mongolia 2015 in response to 10,000-plus student registrations in World English Institute, a ministry that teaches English using the Bible.

“It was a blessed first meeting,” said Tom Langley, WEI president. “There are seekers here. We must continue to pray for fruit and a permanent establishment of the Lord’s church.”
ROMANIA
PITESTI — Cindy Rieck and Ann Newton, church members from Baytown, Texas, taught Bible lessons to 81 women, representing seven Churches of Christ, in this Central European city recently. An additional 43 attended a women’s ministry event in the city of Craiova.

About half of the participants were visitors, missionary Harvey Starling said, and they “came from all walks of life. Several from the small towns … live on farms. Among the others were teachers, nurses, pharmacists, shop clerks, secretaries and several retired ladies.”