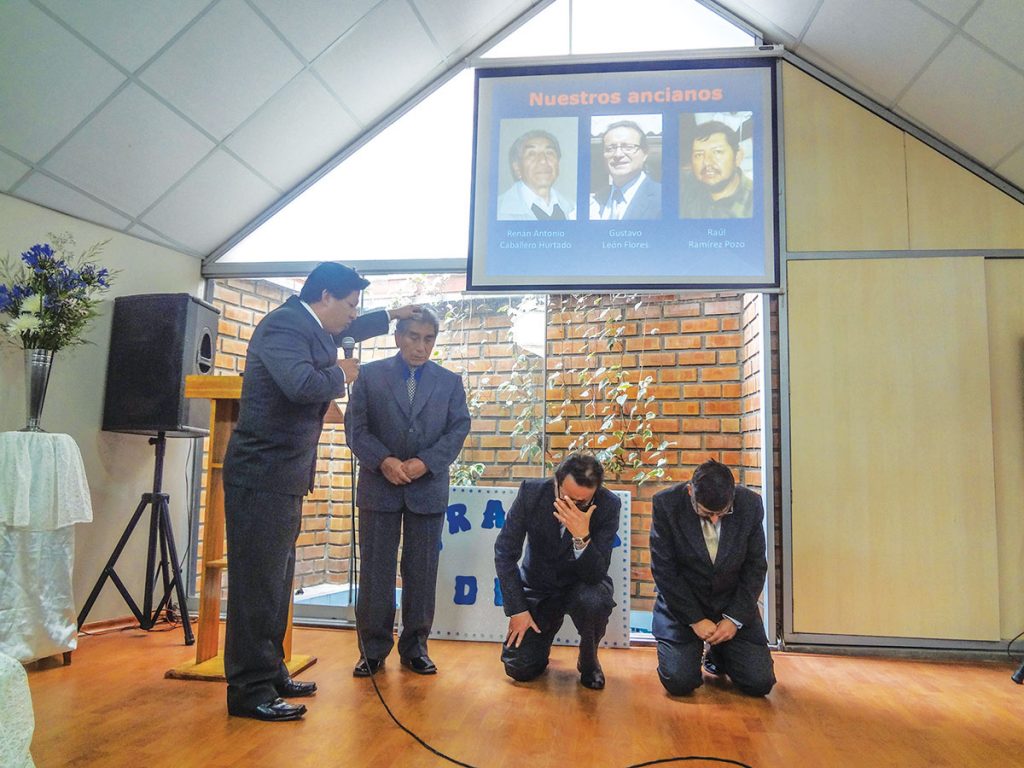 Staff Reports
CAMBODIA
SVAY REING — Standing beside a statue of Buddha, church members shared the Gospel of Jesus Christ.
About 300 people attended a worship service, conducted by members of Cambodia Christian Ministries, on the grounds of a high school in Cambodia’s predominantly Buddhist Svay Reing province. The worship service was part of the ministry’s sixth annual medical mission trip, which included workers from Cambodia, the Philippines, Vietnam, Malaysia and the U.S.
The team treated 11,934 patients in four villages. Mark Banks and Mike Meierhofer, of the Walnut Hill Church of Christ in Dallas, taught Bible classes to about 120 students.
Team members baptized 64 people.

GREECE
HERAKLION — Nearly 2,000 years after the apostle Paul instructed Titus to appoint church elders on this Greek island, a small Church of Christ struggles to win souls among the 623,000 people of modern-day Crete.
John Adesoye, an immigrant from Nigeria, established the congregation in Heraklion after studying the Bible through the World English Institute ministry. When Adesoye and his family moved to Bristol, England, recently, the church looked for his successor with help from the Omonia Church of Christ in Greece’s capital, Athens.
Reuben Osafo, a native of Ghana and graduate of Sunset International Bible Institute in Athens, agreed to preach for the congregation.
“The Lord is preparing him day by day, as we join prayers regarding his new position and financial support,” said Omonia minister Alexander Melirrytos.

KENYA
NAIROBI — Twenty-one vocational ministers — mostly farmers and owners of small businesses — are studying in the year-long Institute of Practical Christian Ministry, which meets on the campus of the Nairobi Church of Christ Eastleigh.
As she watches the dedicated ministers study, Charlotte Hackett says “I am reminded over and over of how much the work of the church depends on tent-making Christians, on volunteers.” 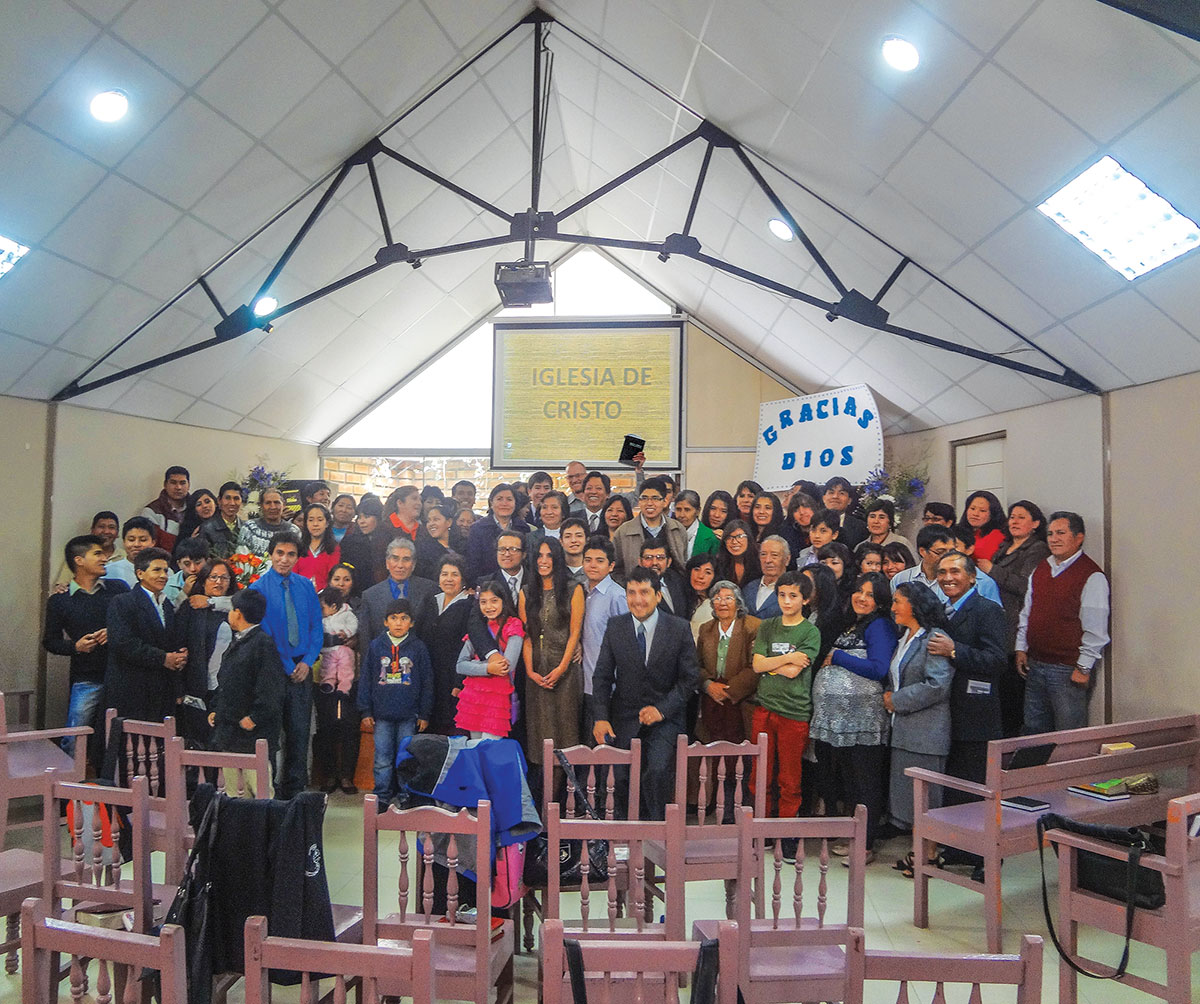 Members of a Church of Christ of Wanchaq in Peru. (PHOTO PROVIDED BY RAUL RAMIREZ)

CUSCO — Members of a Church of Christ of Wanchaq in the South American city of Cusco, Peru, gather for a group photo after installing their first ancianos, or elders. Renan Caballero Hurtado, Gustavo Leon Flores and Raul Ramirez agreed to serve as shepherds for the congregation of about 120 souls. The church, established in 1979, has two evangelists — Fernando Latorre and Saul Caballero, graduates of the Baxter Institute in Honduras. 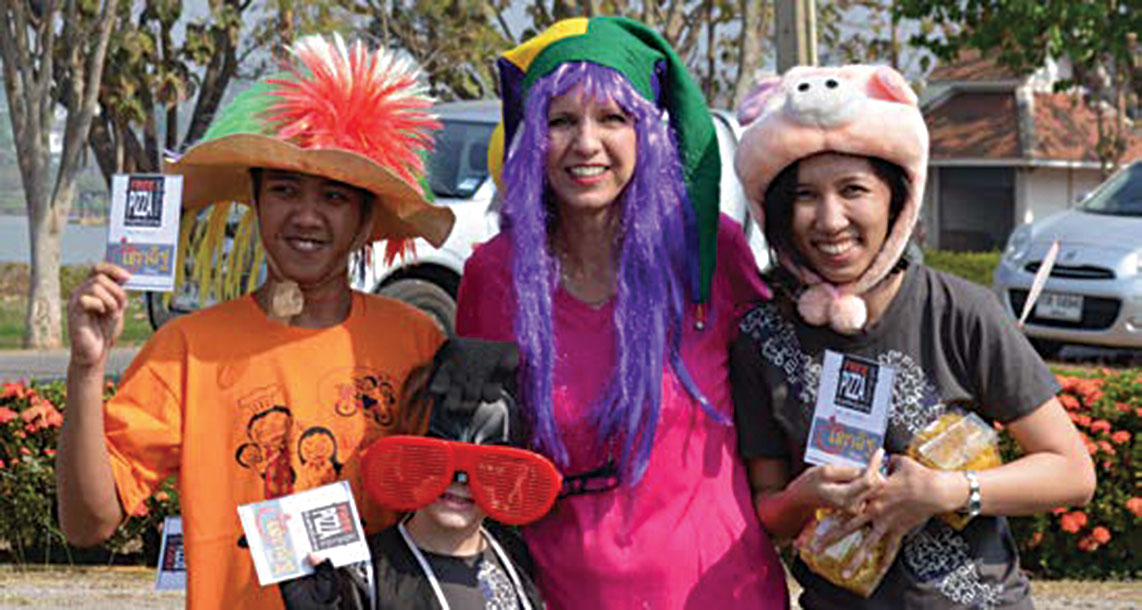 Michelle Allen, center, a member of the Chiang Mai team, won the crazy hat contest at the Fun Run in Phayo, Thailand.
(PHOTOS VIA SITES.GOOGLE.COM/SITE/CHIANGMAITEAM)
PHAYAO — A mission team in this town in northern Thailand, about three hours northeast of Chiang Mai, organized a Family Fun Run “to raise funds to help host seminars to educate the public about human trafficking and disease prevention,” said Robert Reagan, a member of a mission team in Chiang Mai.
About 100 people, including members of the Chiang Mai team, participated and organizers raised more than $300, Reagan said.

UGANDA
JINJA — A radio program produced by church members in this East African nation is producing phone calls of praise — and requests for new congregations, says evangelist Maanda Wilson.
A listener in a village 60 miles from Jinja recently asked the minister, “When are we going to open up a church in that village?” Wilson added that he receives many similar requests. World Radio Gospel Broadcasts in West Monroe, La., supports the work.