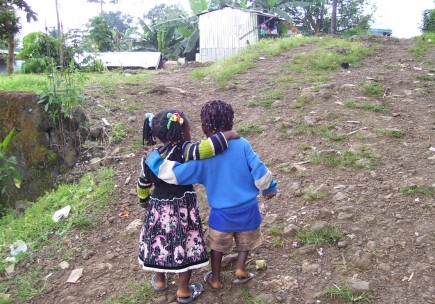 BOLIVIA COCHABAMBA — Church members spent three recent Saturdays helping to improve the living conditions of one of the church’s members.
“We are renovating her house — providing her with a solid foundation, walls and roof to keep out the rain, wind and cold,” said Julie Marcum, a member of a church-planting team.
A small-group Bible study of the Richland Hills church in North Richland Hills, Texas, provided initial funding for the materials, matched by the church’s Share the Joy program.
BRAZIL BELO HORIZONTE — While millions of Brazilians danced sambas and participated in this South American nation’s notoriously risque Carnaval celebrations, young Christians participated in a “Celebration of Discipline.”
The title of Richard J. Foster’s classic guide to spiritual life was the theme of the National Youth Camp, attended by about 250 teens, said missionary F.H. Gates, who spoke at the event.
CHINA BEIJING — A group of 26 believers gathered recently for a Sisters Retreat, which included studies, times of prayer and games, said Danita Jackson, a church member in Beijing. The university-area church organized the event.
“Since the sisters were going to be busy with their retreat, the brothers in the university-area church organized a camping trip,” said Danita’s husband, Gary. Twenty-five men from two congregations packed tents and sleeping gear and spent a night on the Great Wall of China.
Beijing hosts the annual Asian Mission Forum Aug. 1-5.

HONDURAS CATACAMAS — Christians in this Central American nation completed training recently to help them reach out to inmates in area prisons.
H.M. Motsinger of Dallas-based New Life Behavior Ministries helped certify 21 men and women to become instructors in the church-supported ministry. Nine instructors earned certification to teach future instructors.
Motsinger worked with Jorge Vargas, New Life Behavior’s director for Honduras, and Raynard Screws, missions minister for the North Ridge church in Mount Pleasant, Texas, which supports mission work in Honduras.
INDIA KAKINADA — Why do Christians suffer, and how should they respond to suffering? Nehemiah Gootam, president of Kakinada School of Preaching, discussed such questions during classes at the school’s 24th lectureship.
Among the estimated 2,000 attendees were Christians from nine Indian states, including Orissa and Bihar, which experienced anti-Christian violence and severe floods last year.
Chandra Sekhar Petta, a teacher at the school, coordinated the five-day lectureship. John Ford, an elder of the Central church in Vincennes, Ind., and his wife, Nancy, conducted classes for men and women.
MALI BAMAKO — Church members in this West African nation were surprised by an unexpected Sunday morning guest recently — a businessman from Belgium.
At his hotel the visitor had listened to a World Radio Gospel Broadcast program produced by the church. The broadcast directed him to the church’s Web site, where he found its address and worship times, minister Peter Ofori said.
“He told me that he thought he would not find a single church in Bamako,” Ofori said. “I gave him some Bible tracts to read in his hotel.”
Ofori is a speaker for West Monroe, La.-based World Radio.
PANAMA PANAMA CITY — Though they’ve only lived in this Central American nation a few months, missionaries Mark and Miriam Upton have hosted three students from Harding University in Searcy, Ark., three workers on a Let’s Start Talking campaign and two Panamanian ministers and their wives in their Panama City apartment.
Mark Upton preached recently for the Metro congregation, a new congregation that meets in the home of Panamanian church member Walter Leonard. The couple assists medical mission groups that come through the capital on their way to Panama’s rain forests.
Mark Upton also is assisting with construction of a medical clinic. The couple seeks additional support.
“We cannot explain how much this country needs more workers,” Miriam Upton said.