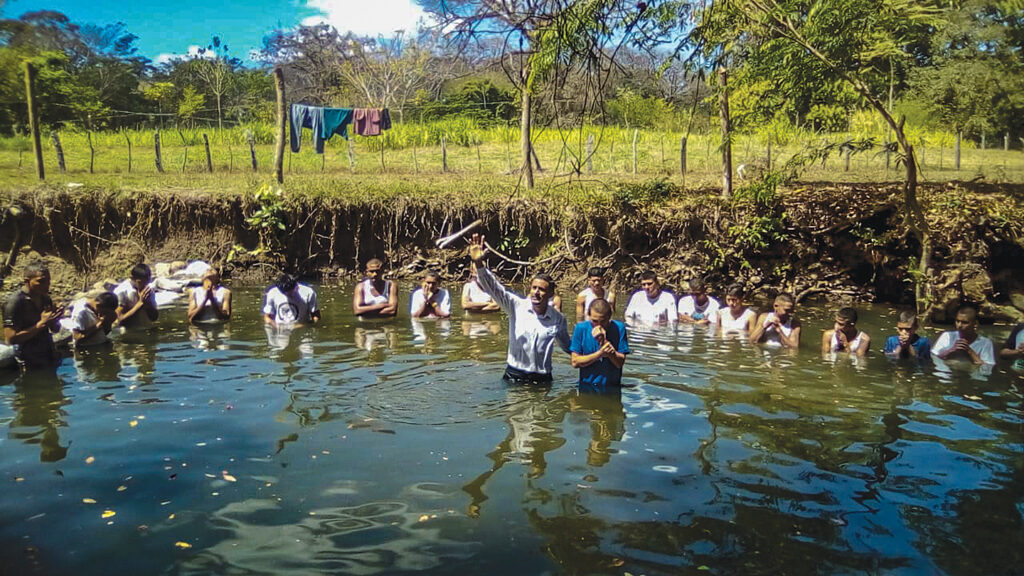 José David Alcerro prays for 27 new believers at a rehabilitation center in Matiguás, Nicaragua. Alcerro and fellow ministers Julio Alcerro and Eduardo Cisneros conduct a spiritual therapy ministry at the facility, 50 miles from the Church of Christ they serve in Matagalpa. The center houses about 180 people, ages 12 to 80, struggling with substance abuse. The ministers cite Jesus’ words in Mark 2:17 as their motivation: “The healthy do not need a doctor, but the sick.” An earlier campaign in 2020 resulted in 19 baptisms. The Edmond Church of Christ in Oklahoma supports the ministers.

BERAT — An earthquake and a global pandemic have hampered efforts to plant a Church of Christ in this Central European city, said Cimi Kafexhiu, who ministers 60 miles away in Durres. Originally scheduled for January 2020, the church plant is now slated for September.

Despite the delays, Kafexhiu makes monthly visits to Berat and said that Christians there are eager to launch a congregation.

The city dates back 2,500 years and was part of the Roman empire. During World War II, some 60 Christian and Muslim families in Berat hid Jews in their basements from the Nazis, Agence France-Presse reports. 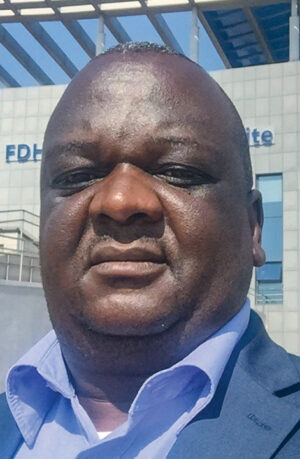 Lilongwe — Some 4,000 Churches of Christ meet in in this slender, southern African nation of 18.6 million souls. Many use only one cup in communion — not for theological reasons, said minister Moses Khombe, “but because they have no means of getting individual cups.”

Such churches are at increased risk of spreading the virus, said Khombe, who requested boxes of individual communion cups for the Area 47 Church of Christ and rural congregations. The Malawi Project, a faith-based humanitarian nonprofit, is collecting cups for a shipment to Malawi. 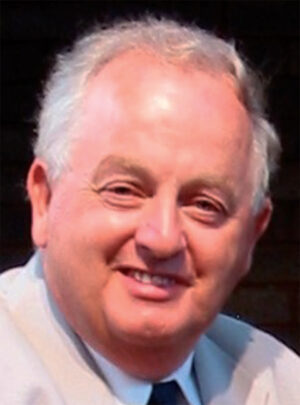 Fisher and his wife, Barbara, worshiped with churches in Liverpool, Stoke-on-Trent and Aylesbury. He authored books on Genesis and apologetics. In 1987 he succeeded Albert Winstanley as editor of Christian Worker, a publication for Churches of Christ in the U.K. He served as editor until 2014.

“He was never a Sunday-only Christian,” said Steven Whitehead of the British Bible School, “being a reliable supporter of midweek meetings and an enthusiastic attendee of social activities. Graham very much understood church to mean family.

“An open celebration is planned for later in the year, when we can all meet together, sing so as to raise the roof and shake as many hands as we want.”

Christian Worker dedicated much of its May edition to Fisher. Find it at churchesofchrist.co.uk.

Trials and ‘pure joy’ in Romania 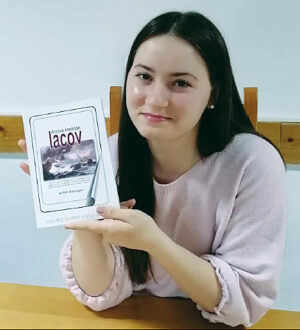 Bianca Zanfir holds one of 2,000 copies of the James commentary produced for believers in Romania.

But spiritual seekers in Romania also have greater access to good news in their native tongue — thanks to 23-year-old Bianca Zanfir.

Zanfir, an English teacher for a private school in Pitesti, was a key translator for a commentary on the New Testament book of James (“Iacov” in Romanian) written by staffers at Sunset International Bible Institute in Texas.

In timely fashion, the book urges believers to “consider it pure joy … whenever you face trials of many kinds, because you know that the testing of your faith produces perseverance” (James 1:2-3).

Romanian and English aren’t her only languages. A member of the Valcea Church of Christ, she translates for the deaf and teaches children’s Bible classes.

Romanian Christians plan to translate all 27 Sunset commentaries on the New Testament into their language, Starling said. James is No. 14. Zamfir currently is translating the commentary on Colossians.

Starling’s work in Romania is a ministry of the Midway Church of Christ in Jasper, Ala. 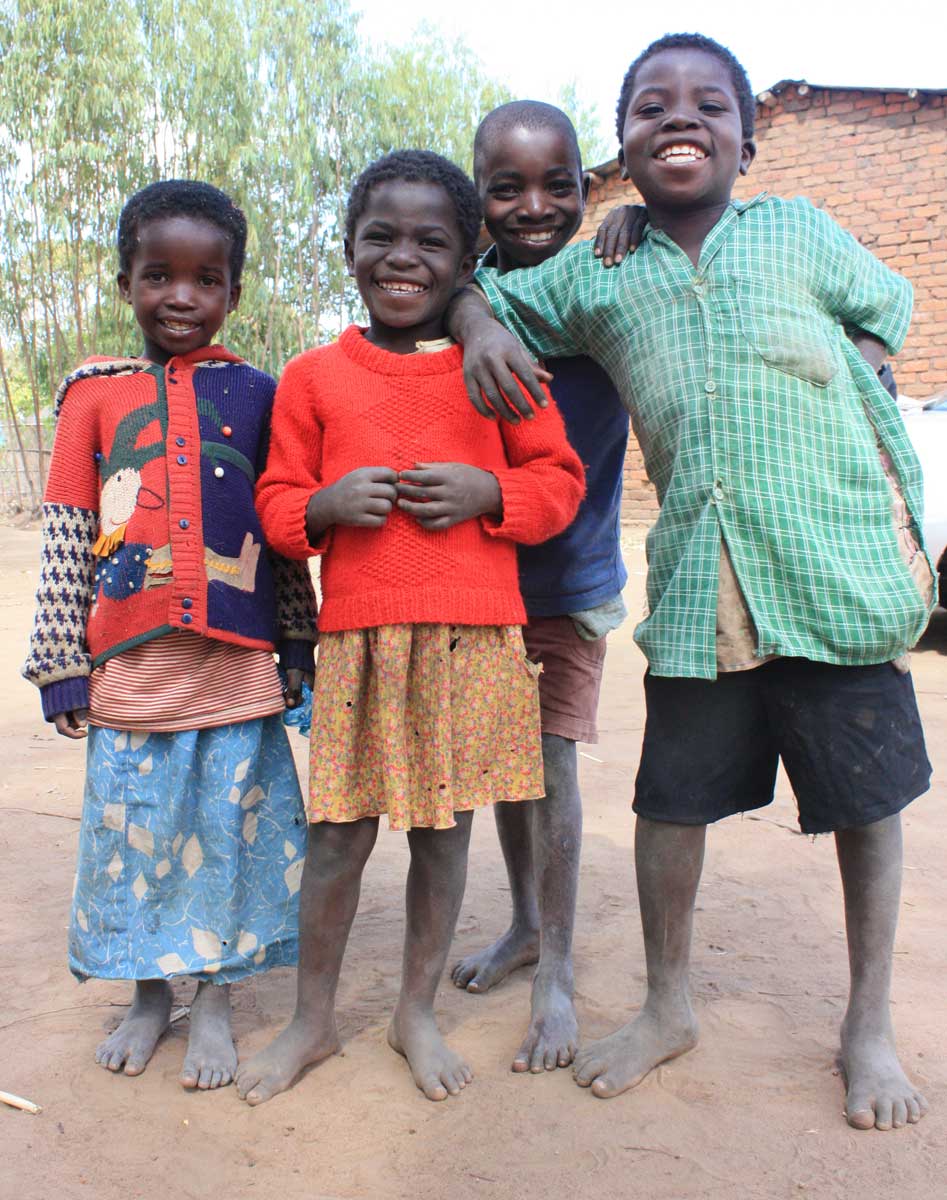 Big smiles in the warm heart of Africa

Children play outside the D-Malikebu Church of Christ in Jali,…

Road notes: Brits, ‘Bama, Monty, McCartney and a requiem for a camera

Members of the Tuscumbia Church of Christ in Alabama appear… 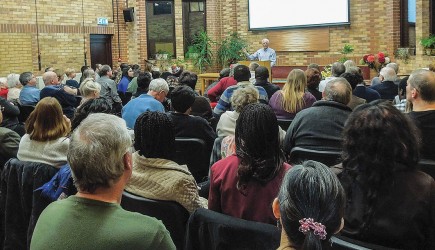 Christians ‘go behind the music’ in England 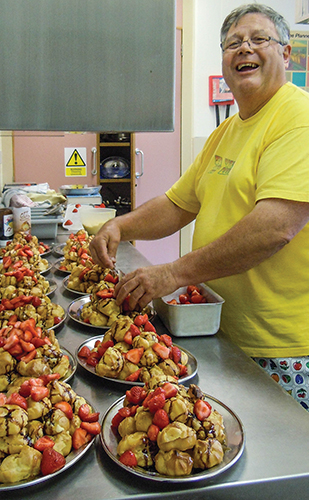 He’s introduced countless souls to the Bread of Life. He’s…