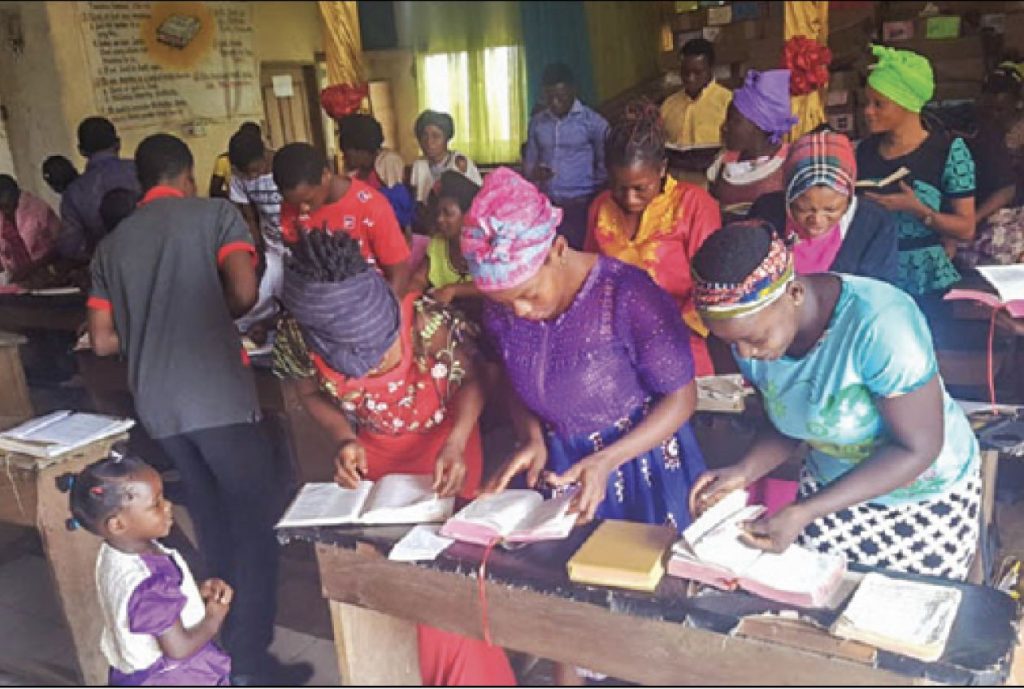 FEATURED IMAGE (above): Young members of the Wotutu Church of Christ in Cameroon hurriedly page through their Bibles to find a verse called out by their teacher.

The exercise keeps them fluent in God’s word, said Greg Elangwe, director of the Bear Valley Bible Institute of Cameroon, Wotutu. English-speaking portions of this West African nation are embroiled in a conflict between government and separatist forces. “Insecurity is still high,” Elangwe said, “but our God is watching over his own and we are ever grateful to him.” The church recently produced and aired radio broadcasts on the topic of forgiveness.

Notre Dame, Mauritius — Nearly half of the inhabitants of this tiny island nation in the Indian Ocean, 700 miles east of Madagascar, are Hindu.

Becoming a Christ-follower here can mean estrangement from family.

Such was the case for a young man named Kannen, who was baptized recently. As a result, he got “rejected a lot” by his relatives, said Canden Subarayadu, who ministers for a Church of Christ. 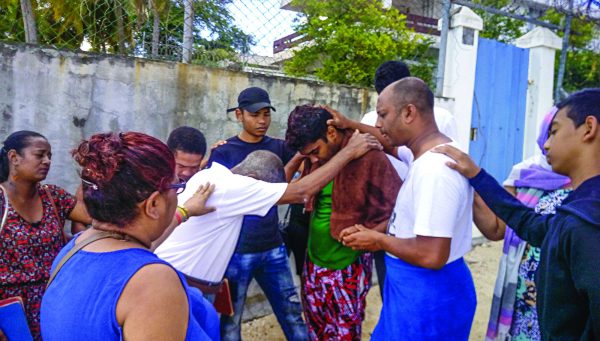 Canden Subarayadu, right, prays for Kesaven after his baptism in the island nation of Mauritius.

Jobs can be difficult to find for young people in Mauritius. For four years, Kannen had tried to join the local police force or enlist in his country’s military. He was continually rejected, Subarayadu said.

His grandmother — jokingly and somewhat bitterly — said, “Tell Christianity to find you a job!”

Soon, “our Almighty God had done exactly that,” Subarayadu said.  “Kannen has entered the army, and he will be training for six months.”

And not all of Kannen’s relatives rejected him. His older brother, Kesaven, recently was baptized.

“We all are rejoicing for our two brothers and how they are living their lives, bringing glory to Jesus Christ,” Subarayadu said. “Praise be to God.” 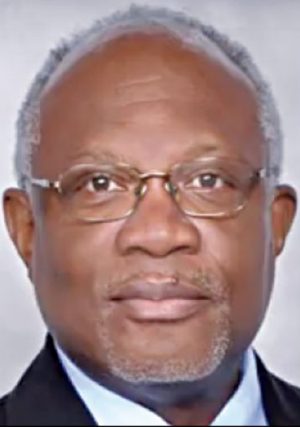 FREEPORT — Churches of Christ in the Bahamas were blessed by a lack of severe storms during the past hurricane season, allowing them to make repairs from previous storms, said missionary David Caskey.

Caskey and his wife, Dinah, work with 15 congregations in the Bahamas. Each “continues to move at a good pace,” he said. “We are delighted with the growth and the continued studies and baptisms.”

But churches also suffered losses, including the recent death of James Miller, an elder and minister for the Freeport congregation. He was 58.

“He was a wonderful man and a great influence on the church all over the islands,” Caskey said.

KAMPONG CHAM — Bill Singleton and his wife, Tang, traveled to this Southeast Asian nation to meet with evangelists during a ministry training session. The couple’s work spans 18 years in Cambodia and has produced more than 4,000 baptisms and 60 Churches of Christ.

“We had left the Cambodian outreach in the good hands of natives I had trained,” Bill Singleton said, “and we feel good about their accomplishments in the work, but the rate of growth has slowed over the last few years.”

During the trip, the couple encouraged Cambodian ministers and took part in 14 baptisms. The Melrose Church of Christ in New Mexico sponsors the work. 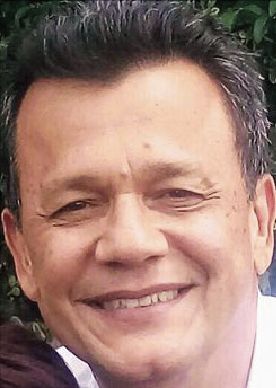 HEREDIA — It was a sad-yet-exciting day in the life of the Heredia Church of Christ, which meets about 20 minutes from this Central American nation’s capital, San Jose.

Members of the metropolitan congregation prayerfully decided to sell their meeting place and move to a rented space. The reason: Their facility is too small. Attendance has reached a cap of 125 to 150 on Sundays, said minister Carlos Ulate.

“We identified a new team of 10 to 12 members committed to evangelism,” Young said. “The church has birthed seven cell groups, currently meeting in homes, that are moving toward becoming churches in various suburbs around San Jose.” 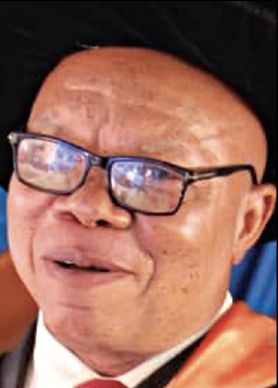 MARSASSOUM — A new Church of Christ was born recently in this West African village in Senegal, a predominantly Muslim nation of 15.9 million souls.

Minister Arnold Dzah sends gospel radio broadcasts throughout the country with support from One Kingdom (formerly World Radio), a church-supported nonprofit. Dzah includes a phone number in the broadcasts for Bible studies. Villagers from Marsassoum responded, and an evangelist baptized seven people.

About 10 other Churches of Christ meet across the country with a combined attendance of about 575, Dzah said, adding that only three have adequate meeting places. 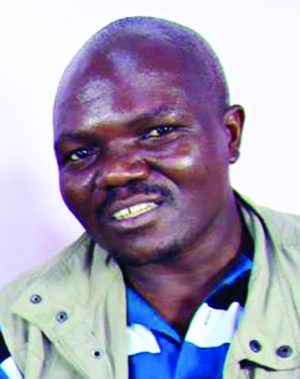 MBEYA — In this East African country, members of the Iyunga Church of Christ recently conducted Bible training sessions for 63 students in the town of Mbeya and 57 students in the village of Mlowo.

“We had a good time representing the truth of God’s Word for all the students and their friends,” said minister Samuel A. Mwakasungula. 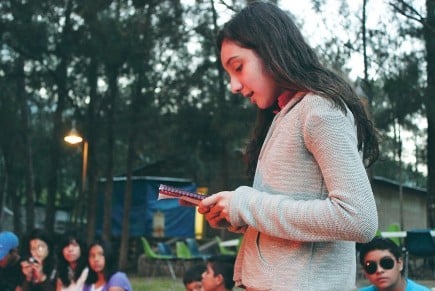 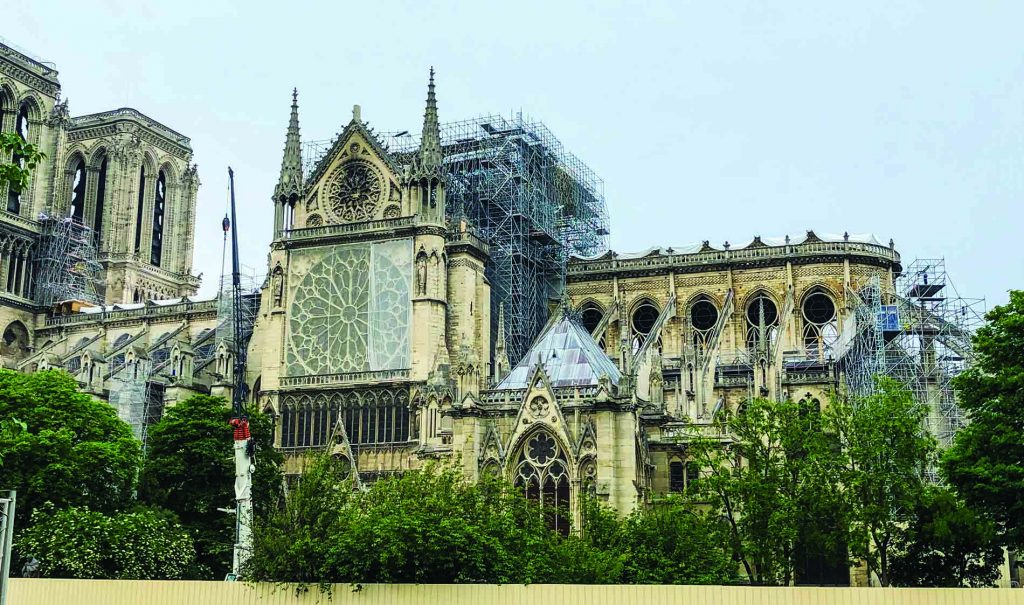