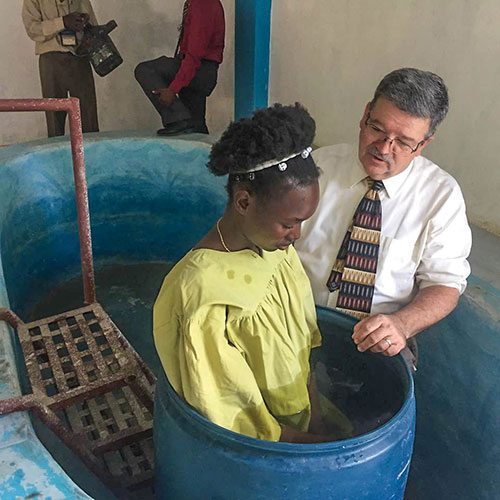 Around the World, February 2016

Staff Reports
ESTONIA
KLOOGARANNA — Christians from across the Baltic nations of northern Europe gathered at the Kloogaranna Youth Camp for a recent retreat. James Waugh, minister for the Church of Christ on McDermott Road in Plano, Texas, was the guest speaker. The church supports the work of Nikolai Vasjutin in Tallinn (Estonia’s capital) and the city of Tartu and is involved with a summer youth camp.
INDIA
KAKINADA — About 4,000 people attended annual Bible lectures in this city on the Bay of Bengal in southern India, minister Ricky Gootam said. Speakers included Indian evangelists Sadguna Rao and Sudarsana Rao and church members from the U.S., including Lewis Rushmore and Roger Wright.
ITALY
BASSANO DEL GRAPPA — A Church of Christ planted in this northern Italian city in 2014 recently hosted its first lectureship. Eddie Dadzie preaches for the church, composed entirely of Christians from the West African nation of Ghana.

The only non-Ghanaians at the event were Jeff Brauer and Jeremy Korodaj, missionaries in Padova, Italy, and an Italian believer from a Church of Christ in Conegliano. A participant translated from the Ghanaian language, Twi, to Italian for the Italian Christian while the missionaries used translation equipment purchased for the Padova church.

“I must admit,” Korodaj said, “that it was the first time that we had been on the listening end of the equipment.”
LATVIA
RIGA — Just south of Estonia, a small group of Christians and visitors gathered for a Bible lecture series in this Baltic nation’s capital. “You Can Trust the Bible — Getting to Know the Bible and Bible Evidences” was the title. Guest speakers from the U.S. were Wayne Brewer, Michael Wyatt and Michael Richardson.
SINGAPORE
Christians across this Southeast Asian city state mourn the loss of Jane Hogan, 90, who died Jan. 17. Hogan and her husband, Gordon, were pioneering missionaries to Pakistan and Singapore.

In Singapore, “she has played such an integral part in the history of Moulmein Church of Christ and taught, mentored, inspired, encouraged, loved and cared for so many of us here,” church members posted on the congregation’s Facebook page.

Gordon Hogan is an elder of the College Church of Christ in Searcy, Ark. The couple was married for 68 years. Their son, Dave Hogan, serves as a minister for the Moulmein church. 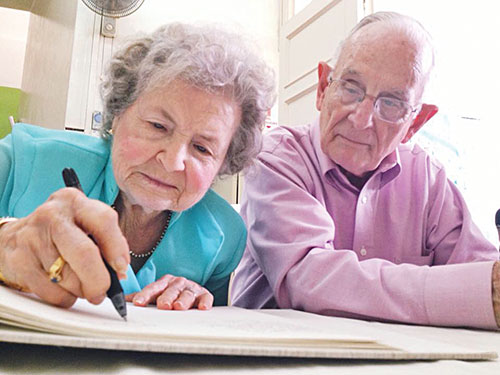 Jane and Gordon Hogan sign a memory book after worshiping with the Moulmein Church of Christ in Singapore in 2015. (PHOTO BY FAITH MURRELL) SOLOMON ISLANDS
Honiara — “Never in the history of our 26 years laboring in the Pacific has there been a nation that has responded to the Gospel as well as the people of the Solomon Islands are now responding,” Randy and Sharon English write in a recent report.

The couple, based in American Samoa, makes regular teaching trips to the nation of more than 350 islands and 523,000 souls. On remote Reef Island, for example, a Church of Christ has topped 100 members and has sent out workers to assist in other areas, the Englishes report.