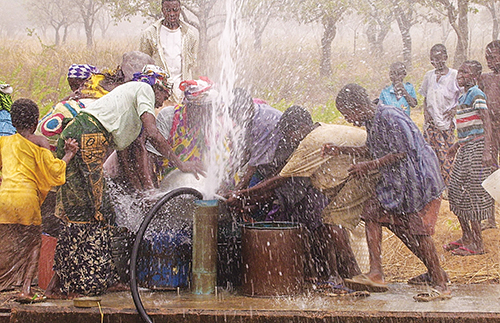 Around the World, February 2015 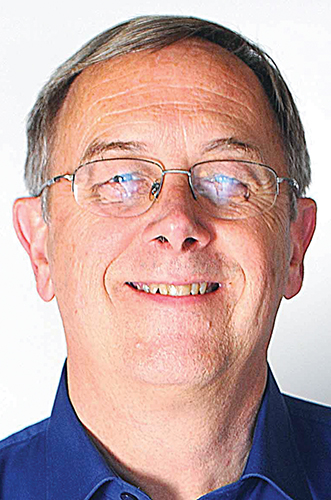 SOFIA — Bob and Jean Eckman of the Nottingham Church of Christ in England helped fellow Christians distribute gift boxes to children in this Central European nation, including those at a refugee camp for Syrians. The Nottingham church gathers toys and clothes for the boxes each year.


A man they met in the camp “became separated from his wife and daughters at the border with Turkey,” Bob Eckman said, “and he had to then walk across Turkey on his own to the Bulgarian border. He has no idea where his family is or if he will see them again.”
GUYANA
ANN’S GROVE — Teach Guyana Ministries, supported by the Prattville Church of Christ in Alabama, uses video conferencing to teach churches throughout the South American nation.
Workers with the ministry connect 20 times per week to preach, teach, conduct children’s and Lads to Leaders classes and to host special seminars. The ministry recently launched preacher-training classes.
“Video conferencing has helped us to continue our work in Guyana and to do it for a lot less money than it takes if we were living there,” said Jerry Cantrell, elder of the Prattville church and ministry coordinator.
LITHUANIA
VILNIUS — In this northern European nation, members of the Vilnius Church of Christ use the popular video chat program Skype for Bible instruction. Gary Burke, elder for the Connecticut Valley Church of Christ in Windsor, Conn., leads a weekly lesson for Lithuanian Christians via Skype.
“We are studying about history of Catholic doctrine and origin of some rituals and teachings,” said Juozas Puodziukaitis, minister for the Vilnius church. “Catholic people are not our enemies, but some … have a negative attitude toward other churches and call us sect.”
MEXICO
PIEDRAS NEGRAS — For the past decade, members of the Memorial Road Church of Christ in Oklahoma City have given time, money and prayer toward the construction of a school and church building in this border community, just west of Eagle Pass, Texas. Mexico’s intense drug wars became a danger, and the church stopped sending work groups, said elder Max Pope.
“With the help of our financial support, local workers continued construction until the school was able to open about three years ago,” Pope said. “The new congregation began meeting in the school building until the church building can be finished.”
Recently, a small group of Memorial Road members traveled to Mexico to celebrate the third anniversary of the congregation.
“We came away blessed and very encouraged about how well both the church and school are doing and the impact they are making for the Kingdom,” Pope said.