FEATURED IMAGE (above): A family in the western Honduran town of Ocotepeque studies God’s Word with members of a small team from Doors Slammed Open Ministries. The Church of Christ in town, served for 20 years by minister Jorge Rodriguez, meets at 3 p.m. on Sundays, so the team, members of The Park Church of Christ in Tulsa, Okla., “led Bible studies for members who needed encouragement to remain faithful and to be reminded of the importance of fellowship and the church,” ministry director Monte Lalli said. “Allen Everett shared the Gospel with families who had visited and only begun to study the Bible.” The team also attended a Bible school graduation ceremony in neighboring El Salvador. Click here for more information.

BELGRADE, Serbia — When Christians in this central European capital handed out free Bibles, recipients “hugged and kissed them like the most precious gold that they have,” said minister Drasko Djenovic. 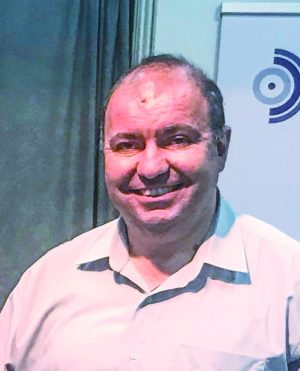 Members of the Karaburma Church of Christ in Belgrade and workers with the Ikonos Association set up a booth at the annual Belgrade Book Fair, distributing more than 400 Bibles during the eight-day event. They also gave out nearly 2,000 teen Bibles, 3,000 children’s Bibles and 2,000 pieces of gospel literature. Eastern European Mission, a nonprofit that serves Churches of Christ, provided most of the materials.

The reactions of the recipients, especially the children, “were precious,” Djenovic said. Orthodox theology students sought out the church members’ booth for Serbian-language copies of three books from Sunset International Bible Institute, translated and published by EEM. 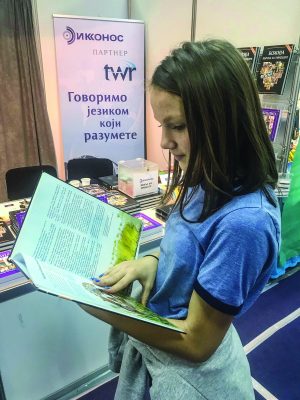 During the fair, the church members met an elderly blind woman who longed to study the Bible. “Just by accident,” the group had a copy of the New Testament on CDs. The woman received the gift with tears of joy, Djenovic said.

Young volunteers worked shifts of eight to 12 hours at the fair, the minister said. One traveled 80 miles to serve during the event.

“Our goal was to spread seed among the people of Serbia,” Djenovic said. “We trust that the Holy Spirit will start to work in the hearts of at least some of them, that they might give their lives to Jesus.”

SAVUSAVU — About 25 to 30 children in this South Pacific village spend their Fridays playing outdoor games and learning about Jesus.

The Kids Fun Friday program, taught by Sunday school teachers from the Church of Christ, has focused on the creation story from Genesis in recent weeks, said missionary Albert Whippy. “It is encouraging to see kids learning from the Word of God … and receiving encouraging comments from their parents.”

MAZALTÁN — In this seaside city on the Pacific, members of Churches of Christ loaded shopping carts with beans, rice, milk, tuna and cooking oil to help brothers and sisters in need. The church members organized the purchases into dispensas, a Spanish word meaning “pantries,” for distribution to church members in Villa Union.

“Villa Union has a congregation of brothers that is about six years old and in a very poor community,” said Jim Taylor, a missionary who works with Churches of Christ in the region. “They depend on fishing and sometimes fishing isn’t so good. So, we help out by purchasing food for the members in the church.” 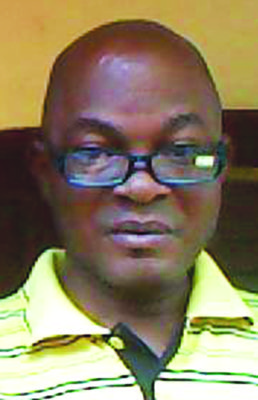 LOME — Gospel campaigns in this slender West African nation are good for souls and bad for motorbikes.

Atsu Martin, an evangelist for Churches of Christ, reported 76 baptisms as a result of campaigns in six villages: Atakpame, Anie, Osea, Tando, Tovegan and Akepe.

“The total is an example of the power of the Word in touching the hearts of people,” said Len Feuerhelm, a deacon of the Wilshire Church of Christ in Oklahoma City, which supports mission work in Togo.

A couple of evangelists supported by the church reported motorbike accidents in the course of their duties, Feuerhelm said, “thankfully with little human injury — but sometimes not so fortunate for the motorbikes.”

LUSAKA — Efforts to introduce World Bible School students to Churches of Christ are on the rise in this southern African nation, said evangelist Kennedy Mukuka.

The Lusaka Central Church of Christ hosted a day-long workshop for students who study WBS online. Fifty-one people participated, up from 18 at a similar event in April.

“For most students, it was the first time they came in contact with the Church of Christ in Zambia,” Mukuka said. “I was exhilarated to have John Chiwone, a young man we baptized in August, participate actively in the workshop. He was one of those that made presentations after group discussions. He really did such a great job that he captivated everybody present.”

Taray, Peru — A haunting melody, sung through smiles and tears…