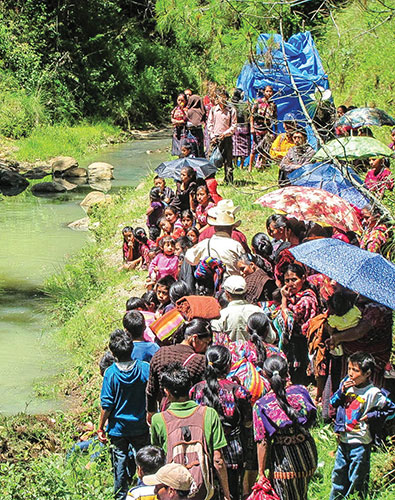 Around the World, December 2014 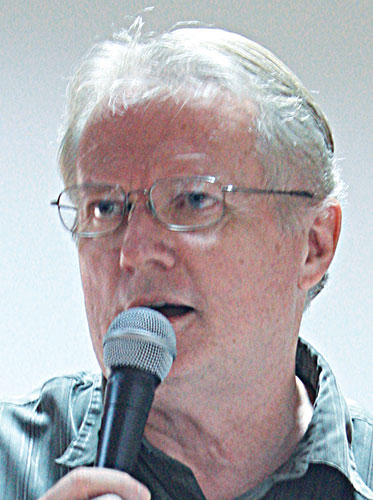 “The Bible uses words associated with baptism some 117 times,” said Randy Short, the school’s director. “If we talk a lot about it, we are in good company.”
Though the school’s students preach the Gospel and help plant new congregations, there are only about 150 Churches of Christ in northeastern Brazil, and many more are needed, Short said.
“We need to train thousands,” he added, “and that is exactly what we are trying to do.”
INDONESIA
NIAS — On this island in the Indian Ocean, preachers learn the Gospel and the art of motorcycle maintenance.
Dennis Cady, a longtime missionary to the region, has worked with the people of Nias since the devastating tsunami of 2004. Churches of Christ have grown rapidly on the island, and recently a ministry training school launched motorcycle repair and tailoring classes to help believers earn a living as they teach others about Jesus.
At least four recent graduates have launched motorcycle repair businesses, while others work in tailor shops, Cady said.

TOKOROA — Children in the South Pacific are getting in on the fun of Leadership Training for Christ — a staple among Church of Christ children in the U.S. since the 1990s.

Thirty-four participants attended a recent “Super Saturday” in order to prepare for the upcoming New Zealand Leadership Training for Christ, which assists young Christians in developing their God-given gifts and talents while also encouraging consistent time in the Bible, organizers said.
Participants from several New Zealand congregations practiced Bible reading, song leading, drama and sermon delivery and received suggestions to help improve their work. This year’s theme is “Leading to Serve.”
NIGERIA
ABIA — While other Nigerians celebrated their independence day, missionary Friday Adima celebrated his freedom in Christ by preaching the Word in prison. 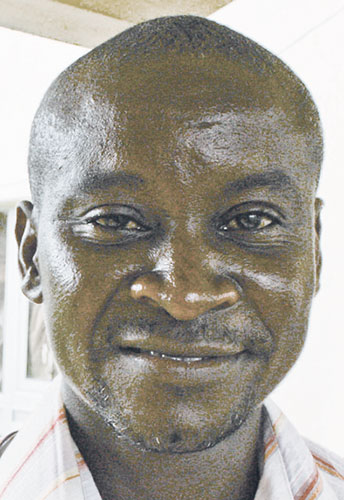 Adima
Seven prisoners were baptized, each receiving a Bible and certificate of baptism, said Adima, who uses the New Life Behavior Ministries curriculum.
“The chief welfare officer was so excited,” Adima said, “because each convert in the prison helps to ease their work.”

“It poured and poured for hours,” Imogoh said. “There is no doubt that this will have a serious negative impact on food, health and housing in the next few years.”
The 41st Street Church of Christ in Sioux Falls, S.D., along with other independent supporters, sent funds to help with relief.
PAKISTAN

SAHIWAL —
The worst flooding in four years claimed lives and forced more than 700,000 villagers to evacuate their homes in Pakistan’s Punjab province, according to news reports.

“This is the worst flood we’ve ever had,” said Naeem Sabir, director of Sahiwal Bible College and minister among the region’s Churches of Christ. “Brethren lost each and every thing.”
As winter approaches, Sabir requests blankets and warm clothing for church members and their children. Christians in the United Kingdom have set up an account for donations.