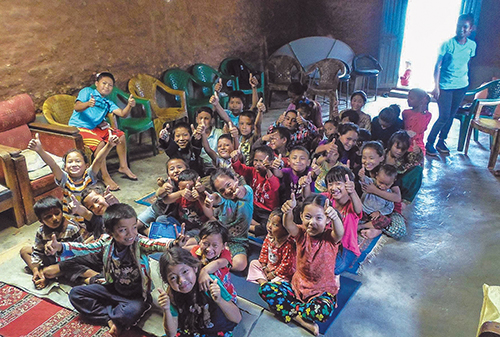 Staff Reports
BRAZIL
RECIFE — While most people travel to the privileged neighborhood of Boa Viagem to lounge on its beach — one of the most visited in northeast Brazil — Randy and Kathy Short are in the area for much different reasons.

So far, more than a dozen students have concluded the course and received certificates, the missionary said. “The Boa Viagem class is unique,” he added, “as two blind students received certificates of conclusion for the first time ever.”
JAPAN
MITO — A Christian publication in Japan raised skeptical eyebrows recently when it claimed that the country’s Christian population had risen from 1 to 6 percent.

“Why don’t we believe God is at work in Japan?” Joel Osborne asked. “Couldn’t he achieve that?”

Osborne, a missionary with the Mito Church of Christ, noted the magazine’s claim that most of Japan’s new Christians are young people living in cities who seek meaning.

“Every week I listen to youths who have no direction or dream but tons of abilities, experiences and education,” Osborne wrote in a recent newsletter, which also highlighted  Japanese youths who are flourishing because of their newfound relationship with the church.

“They hunger for something more,” Osborne said. “Let’s believe that God is truly at work and that he is going to do more than we have experienced or seen thus far. Let’s continue to let God use us in Japan.”
Poland 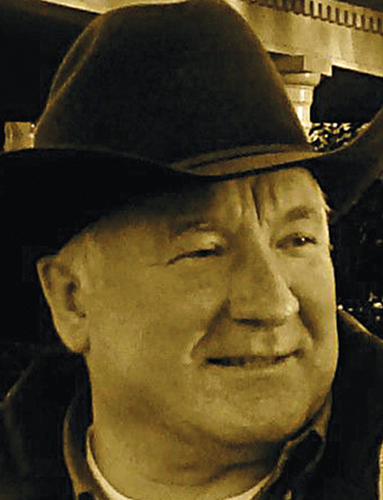 Dawidow
SOPOT — Christians across Europe and the U.S. mourned the death of longtime evangelist Michal “Mike” Dawidow, who died in Sopot on July 13. He was 62.

He was born in Gdansk, Poland, to Walenty and Anna Dawidow, and his father was one of the first ministers for Churches of Christ in then-communist Poland.

His family played a critical role in a food relief program for Poland in 1981-82. Mike Dawidow helped coordinate relief efforts from Vienna, Austria, where he served as a missionary. He later served as an evangelist for churches across Eastern Europe and as an elder of the Sopot Church of Christ.
SOUTH AFRICA
CAPE TOWN — On a mission trip to South Africa’s eastern coast, members of the Mars Hill Church of Christ in Florence, Ala., hosted marriage enrichment seminars and leadership development classes, working with Churches of Christ in Piketberg, George and Cape Town.

The mission team also helped set up learning resource centers for five congregations in South Africa and one in neighboring Namibia.

The team worked with missionary Philip Hendricks, an alumnus of Heritage Christian University in Florence, and his wife, Roslyn.
SWITZERLAND
LUCERNE — “If a church isn’t growing, is it doing something wrong?”

That was a question posed to Ivan Voser, a minister in Thun, Switzerland, after he preached for a Church of Christ in Lucerne recently. The congregation has maintained about a dozen members for the past decade.

Many European churches struggle with that question, Voser said.

“The bottom line is that we still can learn in Switzerland to be more mission-focused,” he said, “but we also need to be aware of the difficult task of it and not become discouraged.”