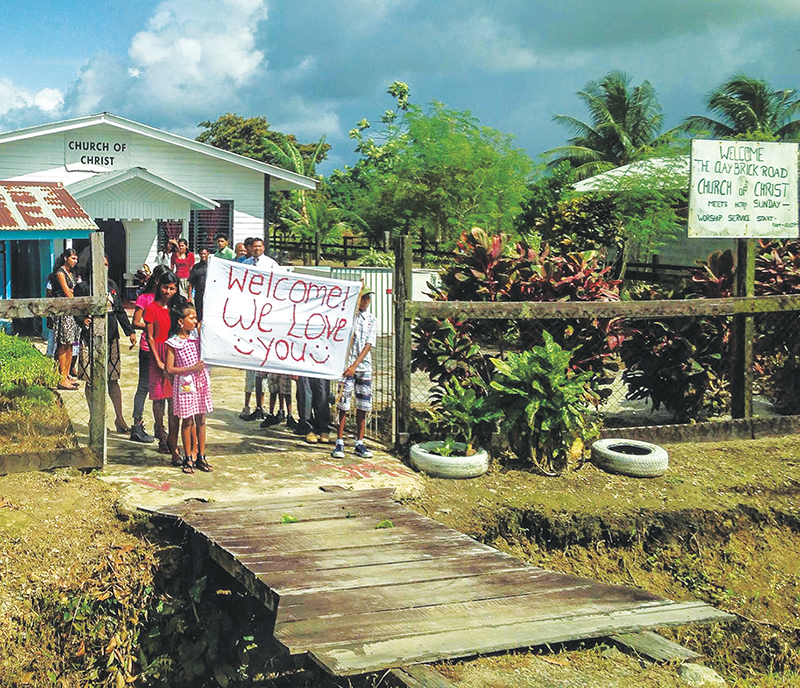 Erik Tryggestad
President and CEO
BELGIUM
BRUSSELS — Blair Roberts labors in this West European capital with French-speaking Christians.
Recently he was assisted by five members of a Church of Christ in Paris, who traveled north to Brussels and helped distribute Bible materials and conduct the French worship service. The church members plan to return and continue the work, Roberts said.

Bosnia and Herzegovina
SARAJEVO — Many families lost their homes during the Bosnian conflict in the 1990s.

Now, some of those families have lost their homes again after record-breaking rainfall caused widespread flooding in the Central European nation and its neighbor, Serbia.
Byron Benitez and Hawatthia Jones, missionaries in Guatemala, raised funds to help a family there recover. Benitez’s wife, Snezana, is a church member from Bosnia.
CANADA
ONTARIO — Fifty-five men, representing 14 congregations, attended a recent seminar for “elders, deacons, ministers and servant-hearted saints,” said organizers from the Fenwick Church of Christ, which hosted the event.
Aubrey Johnson, minister for the Peachtree City Church of Christ in Georgia, led the seminar, titled “Dynamic Deacons.”
GUYANA
GEORGETOWN — A team of 29 church members conducted medical clinics and gospel campaigns alongside members of the Clay Brick Road Church of Christ and other congregations, under the direction of Guyana Missions, a church-supported nonprofit.

“What we strive for is to become a part of the local family in every way,” team member Ray Hunt wrote in a report from Guyana. “We have not come as the ‘experts’ or ‘teachers’ … We are not here to change their culture. … We are not the Savior. We represent the Savior, just like the local folks do every day.”
INDIA
NEW DELHI — Joey Barrier, youth minister for the New Hope Church of Christ in Florence, Ala., recently made a teaching trip to India along with Stephen Gill, a student at Heritage Christian University in Florence.
They traveled from New Delhi to Bangalore, assisted by HCU alumnus Vinay David. Four people were baptized.

The students “will now use what they have learned to build and plant new congregations wherever the Lord permits,” director Gladwyn Kiddoe said.
SWAZILAND
MATSAPHA — This small, southern African kingdom has the the world’s highest estimated prevalence rate of HIV-infected adults, according to the Centers for Disease Control and Prevention. Church members, including Dr. Bob and Annette Whitaker, are helping the country’s young people make healthy decisions.
The couple recently launched a Saturday youth program at the Matsapha Church of Christ, including short videos, educational games, food and interactive Bible lessons.
The program is designed “to draw children and young people to the church, teach the Bible and biblical principles, form bonds and give them healthy alternatives to sex, drugs and other immoral and unhealthy practices,” Annette Whitaker said.