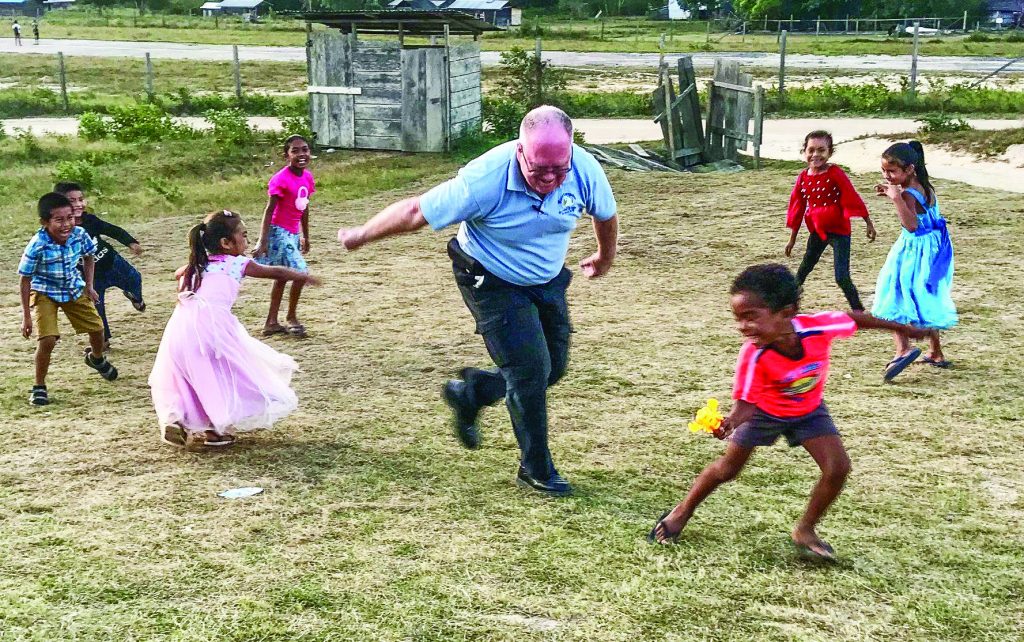 PARAMAKATOI, Guyana — (featured photo)In the mountain village of Paramakatoi, Guyana, Louis Rushmore plays tag with children before a gospel meeting. Rushmore and his wife, Martha, travel the globe with the World Evangelism ministry, continuing the work of the late J.C. Choate. 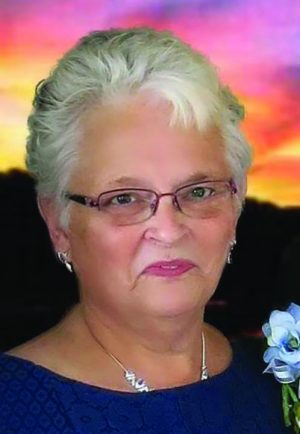 In Guyana, a nation of 783,000 souls, the couple joined Guyanese minister Frederic Darrell for a World Evangelism Workshop hosted by Churches of Christ in seven locales across the South American country.

In Paramakatoi, Martha Rushmore presented a Bible lesson to 200 elementary school children. “Teaching the children has been the highlight of our work in Guyana so far this year,” she said. The Amelia’s Ward Church of Christ presented the workshops in Guyana, and the Siwell Road Church of Christ in Jackson, Miss., oversees the work of the Rushmores. Read more from the couple’s travels at louisrushmore.wordpress.com. 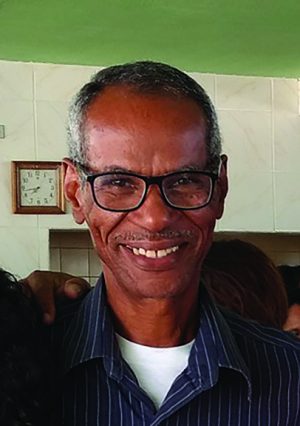 LAURO de FREITAS — A Church of Christ was planted in this municipality, near the city of Salvador, in the mid-1970s through the efforts of Glover Shipp, a missionary and former Christian Chronicle editor.

“That church has also planted multiple other churches and continues to evangelize,” Brumfield said. A former preacher for the church, Idalicio Pereira, is planting churches across the Brazilian state of Bahia. Pereira’s brother, Luiz, has done mission work in the Portuguese-speaking African nation of Mozambique.

LIBREVILLE — Missionary George Akpabli and his wife, Joyce, traveled from their home in the West African nation of Benin to this coastal Central African nation of 2 million souls recently. They worked with small Churches of Christ in the capital, Libreville, and Port-Gentil, training members to grow and multiply churches. George Akpabli preached and taught classes on discipleship. Joyce Akpabli hosted discussion groups for women.

HYDERABAD — Church members in this central Indian city recently launched a YouTube channel and Facebook page to spread the Gospel to a larger — and possibly younger — audience.

Members of the Kukatpally Church of Christ, including evangelist David Rouse, produced a series of videos on the book of Psalms. They plan to create instructional videos for every book of the Bible, with the goal of making God’s Word easy to understand. 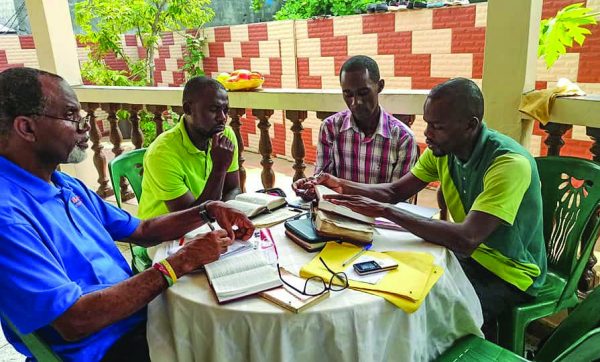 “Their first and most comfortable language is their native Telegu tongue,” wrote minister Bill Adcox in India Quarterly, a publication of the India Mission Fund. “Yet by using some of the social media tools, such as YouTube and Facebook, along with doing it in English, they realized they had the potential of reaching and motivating a larger group of believers in India.”

KAKUMA — More than 200,000 people, displaced from conflicts in East Africa, live in the Kakuma Refugee Camp in Kenya’s northwestern corner. They flee violence in their homelands. 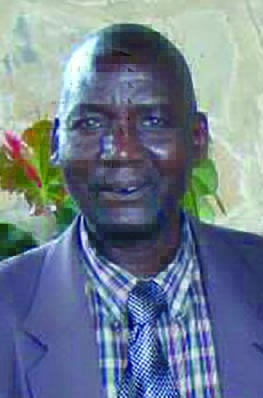 In the camp gangs have sprung to life among the refugees.

A small group of refugees fom Congo and South Sudan took correpsondence courses through World Bible School and started meeting together to worship.

Recently Richard Karima of the Eastleigh Church of Christ in Nairobi and Phil Palmer, regional director for WBS, traveled to Kakuma and hosted a three-day seminar, attended by more than 30 people. Seven people were baptized.

“They are all young adults,” wrote Charlotte Hackett, a missionary in Nairobi, in a recent newsletter. “It’s our belief that being Christians will make their lives more meaningful, and they will find a purpose in their exile.”