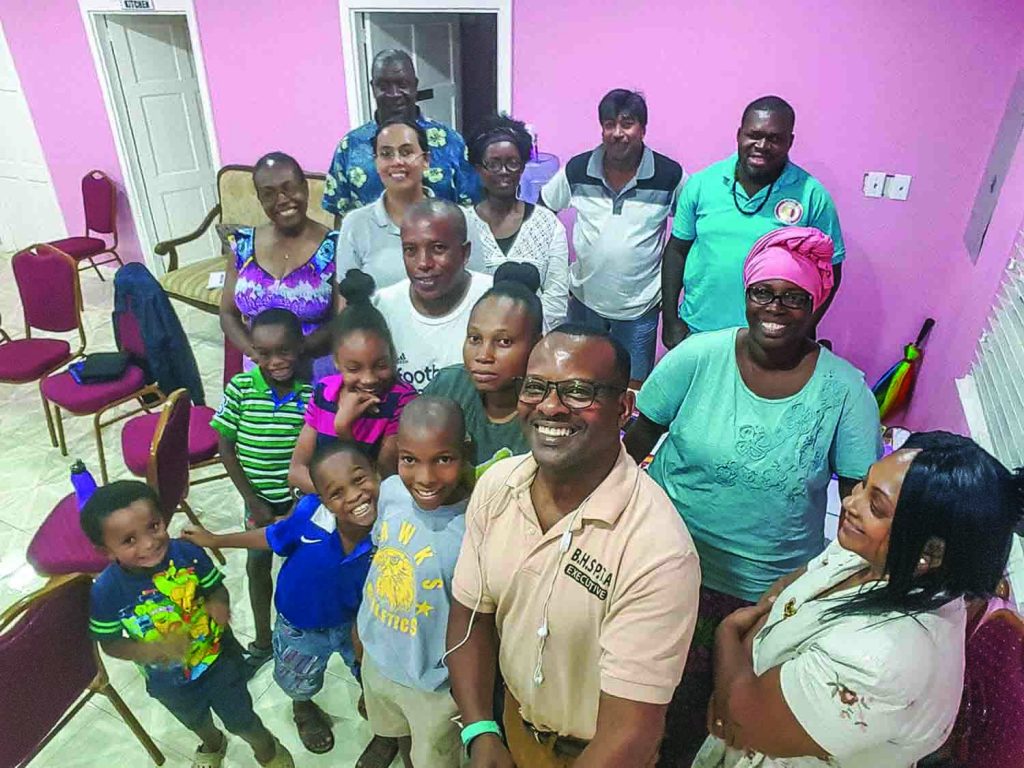 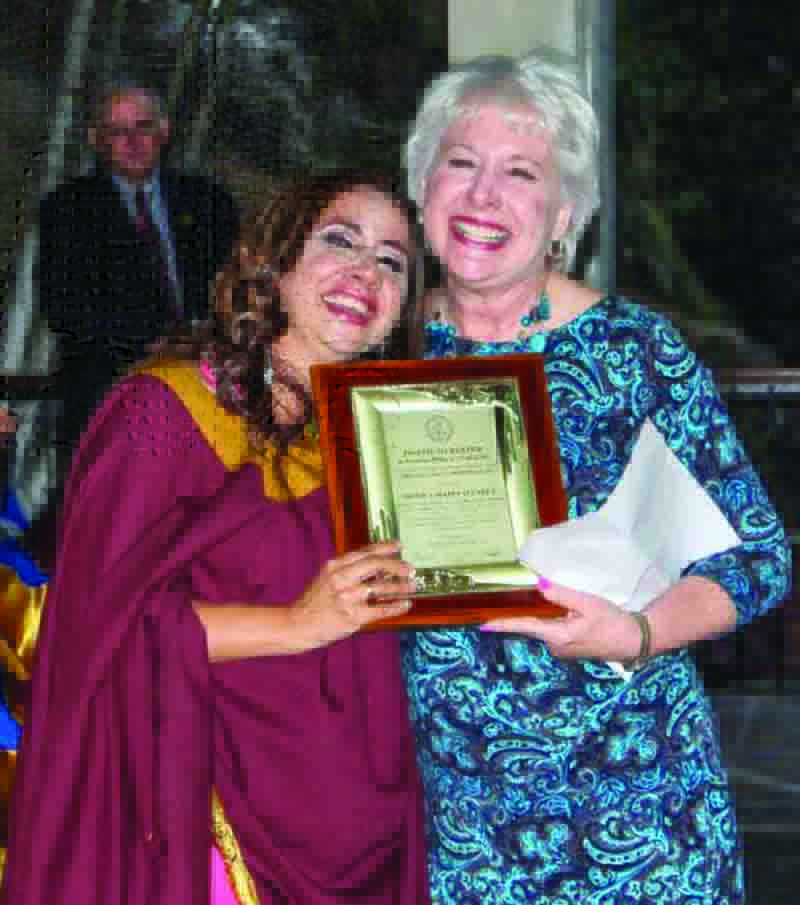 Monica Sabino receives the First Lady’s Award from Diana Teel of Baxter Institute. (PHOTO VIA BAXTERINSTITUTE.ORG) Cúcuta — A mission team of three families is moving to this South American city, just west of the Venezuelan border. The members are recent graduates of Baxter Institute, a ministry training school in Honduras associated with Churches of Christ.

One member, Ronald Sabino, was baptized by a missionary in Venezuela 10 years ago. He found his future wife, Monica, online and traveled to Colombia to meet her. She was a Pentecostal preacher. Sabino later baptized her.

During his time at Baxter, Ronald Sabino baptized 23 people during a five-month internship. He received the President’s Award from Baxter, and his wife received the first-ever First Lady’s Award.
INDIA
Secunderabad — Nearly 600 church members gathered for a recent area-wide preachers’ meeting in this central Indian city, known as the sister city of nearby Hyderabad. Edward Rouse, an Indian minister, spoke on the theme “Unity.”
KENYA KISUMU — The Ong’adi Church of Christ appointed its first three elders and two deacons recently.

“The need for elders and deacons became critical after the church experienced sudden numerical growth,” said Charles Ngoje, a minister and ministry trainer in Kenya. “Prior to this ceremony the five men went through rigorous classes on leadership, management and matters of spirituality. They are effectively equipped to take the church to the next generation.” 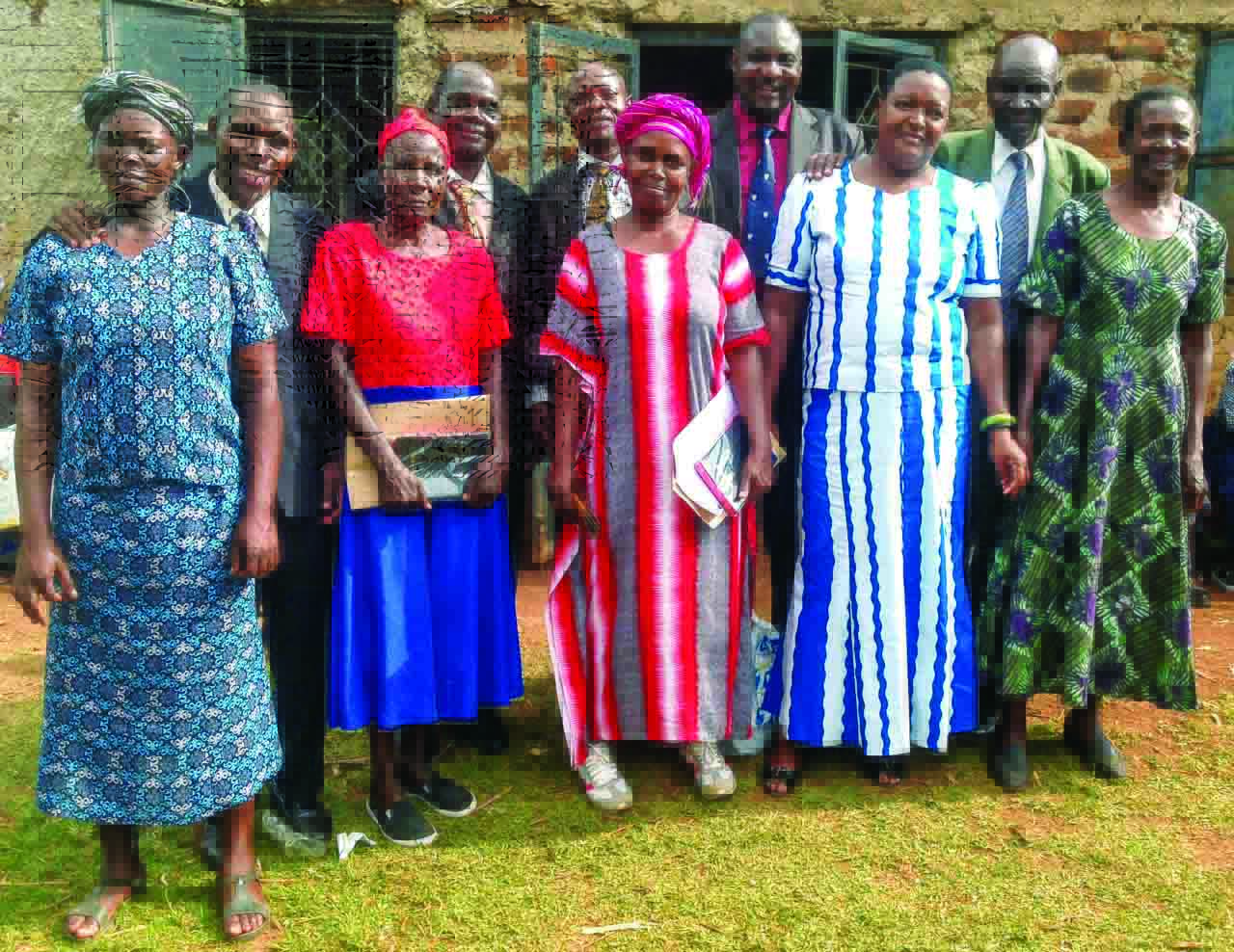 Elders and wives of the Ong’adi church. (PHOTO PROVIDED BY CHARLES NGOJE)

The church, planted by missionaries Hilton and Avanel Merritt, has grown to 150 members. The elders are Samson Otieno Oyieyo, Simon Kimaguth and Robert Otieno Chiaga. The deacons are Levans Otieno Ouma and Charles Ojode Odiyo.
ROMANIA PITESTI — Six Christian men from the U.S. worked with seven Churches of Christ in this Central European nation during a recent mission trip.

The men conducted Bible lessons, had one-on-one studies involving about 30 Romanians, hosted a youth meeting and delivered supplies for infants at a home for abandoned children. Two people were baptized during the mission trip.

“The men did the work with zeal, dependability and love, and the response of all seven churches was excellent,” said Harvey Starling, a missionary supported by the Midway Church of Christ in Madison, Ala.
SOUTH KOREA SEOUL — Churches of Christ across the Korean Peninsula host summer youth camps, missionary Malcolm Parsley said. Now church member Kim Yong Chul has launched a program to establish a first-ever youth work service camp.

“The purpose of the camp is to get the youth in numerous congregations to go out over summer break and provide free service to the churches and their communities,” Parsley said. Church members hope the camp will prepare Christians for lives of service.