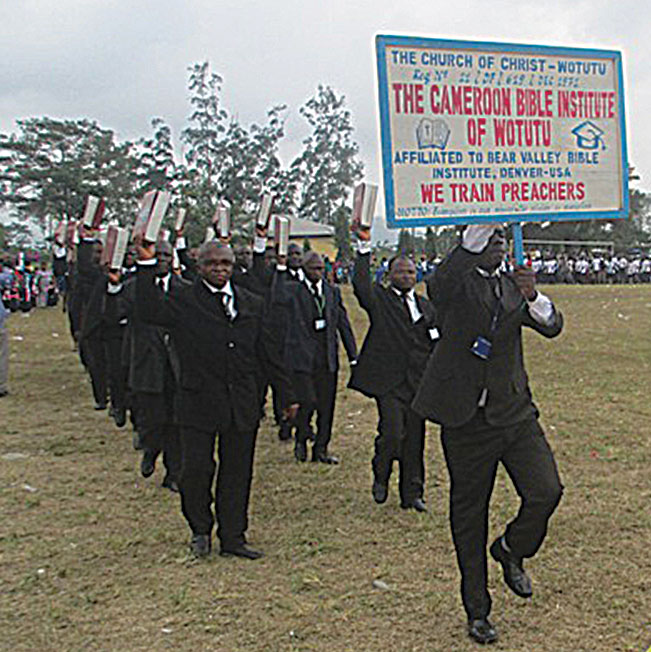 Staff Reports
ARUBA
Oranjestad — Nine students from Faulkner University in Montgomery, Ala., traveled to this Caribbean island for a mission trip. The trip resulted in several baptisms — including an 84-year-old man, Caribbean missionary Larry Waymire reported.

It was team leader Derrek Wilson’s third visit to the island, part of the Dutch Caribbean. Wilson and his family plan to move to Cusco, Peru, to join a mission team there later this year. 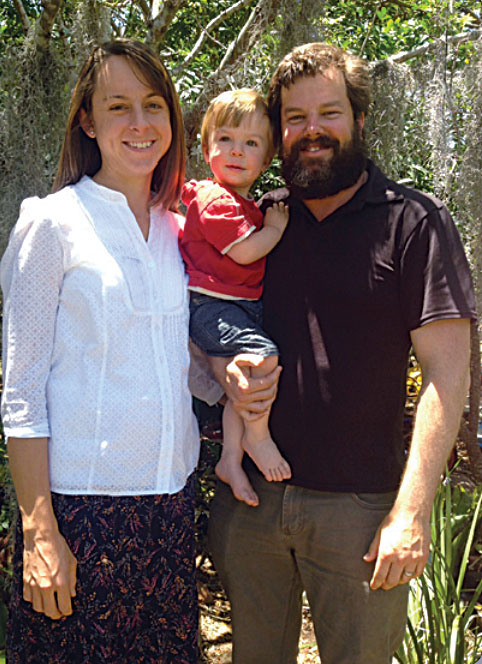 The Bestmann family. PHOTO PROVIDED BY KLESIS.COM.AU Toowoomba — Rowan and Shannon Bestmann, newcomers to this town of 157,000 souls in Australia’s Queensland province, said they have received blessings as they have worked alongside two house churches.
In an interview with Intersections magazine, a publication for Australia’s Churches of Christ, the couple describes the two congregations — one on the north side of town with 16 members and one on the south with 19 members. About once per month the churches combine for a joint service, usually with a guest speaker from a church in nearby Brisbane.
“The brethren here function like extended family,” Rowan Bestmann said. “If someone needs help, others willingly step up and offer what is required.”

DOWNLOAD A PDF VERSION of the magazine at www.klesis.com.au.

ZAGREB — The Bible Institute of Zagreb hosted its first Jesus conference recently. Teachers and preachers from Croatia, Hungary, Romania and the U.S. presented lessons for an audience of diverse religious backgrounds.
“We heard academic papers presented in daytime sessions at the Department of Humanities and Social Sciences at the University of Zagreb,” said Tom Sibley, the institute’s director. “We also heard keynote sermons all three evenings at the Hotel International. The speakers focused on highlighting Jesus as he is presented in both the Old and New Testaments.”

INDIA
CHENNAI — The story of Phineas, a zealous believer who turned away God’s wrath against the Israelites in the Old Testament book of Numbers, is one of the articles in “Pattern to the Believers,” a magazine for young Indian Christians. 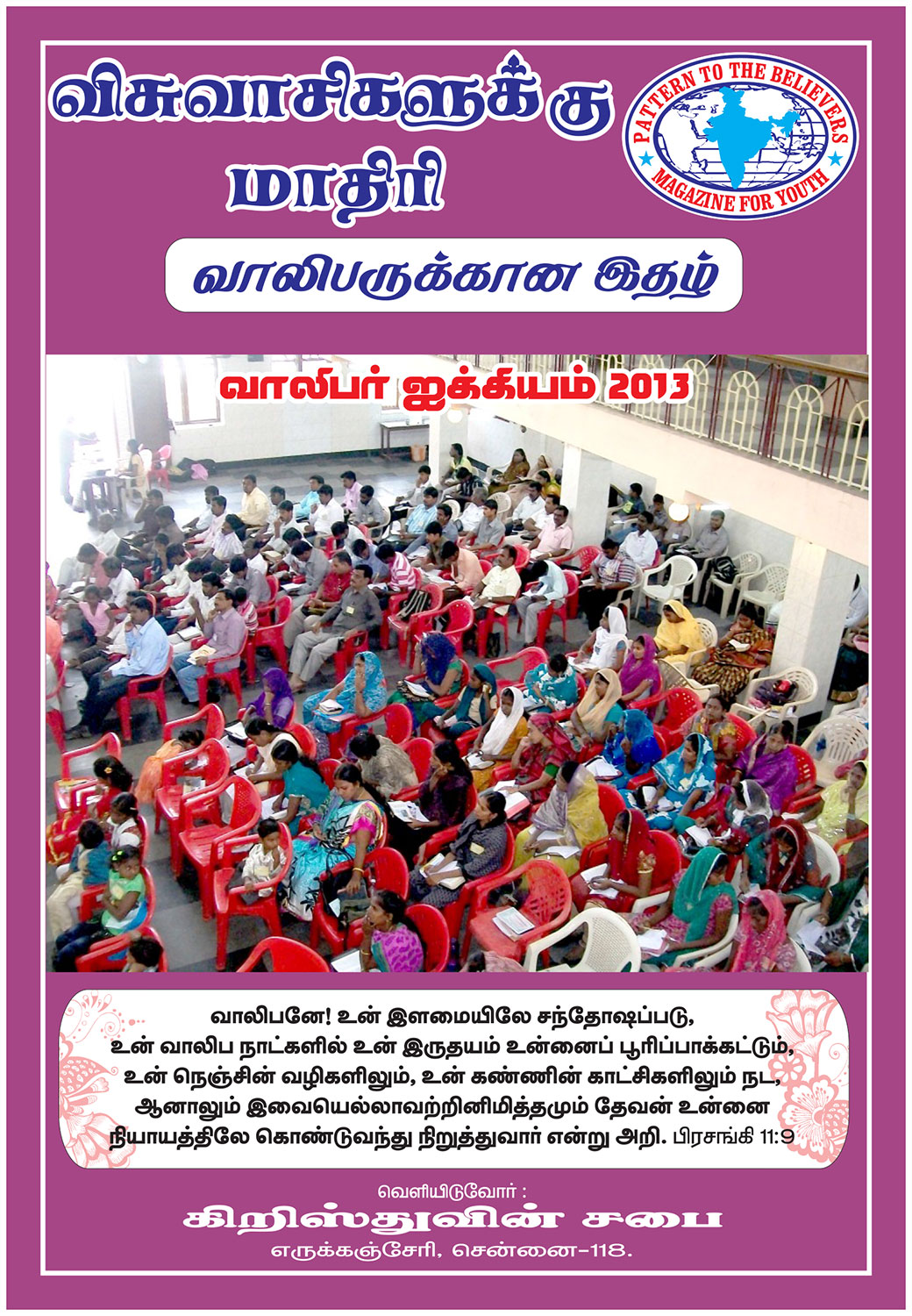 The front page of “Pattern to the Believers.” PHOTO PROVIDEDThe magazine, produced quarterly, also features Bible quizzes and a daily Bible reading plan. Articles are written in English and the Tamil and Telugu languages. D. Pradabadathan, minister for the Erukkanchery Church of Christ in Chennai, edits the magazine and seeks support for its publication.

“Kindly pray for this magazine to be continued,” said Indian evangelist David Martin. “Most of the youth in Churches of Christ are motivated by it.”

LATVIA
RIGA — Christians in this European capital are providing support for victims of “the Maxima tragedy” of late 2013. Fifty-one people died when the roof of a popular supermarket collapsed.
Victor Barviks, minister for the Riga Center Church of Christ, gave funds to a woman widowed by the tragedy. The Riga church and two U.S. congregations — the Bastrop Church of Christ in Texas and the Chesmont Church of Christ in Pottstown, Pa. — donated the money.
The widow “was deeply moved when I told her what (the churches) had done for her,” Barviks said. “She said something to the effect of, ‘Where do all of these good people come from?’” 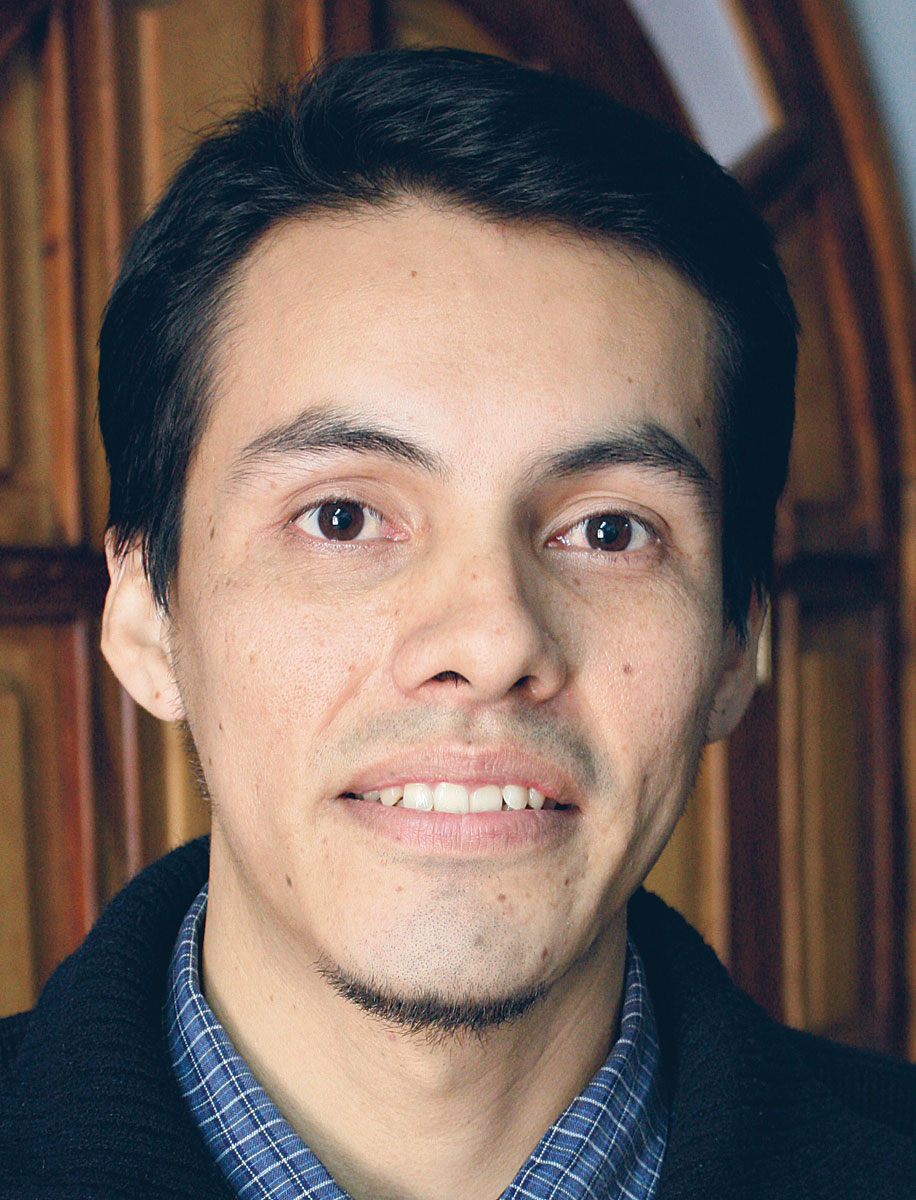 Garciatraining school with 12 students, with a few more expected to join. The students have committed to meet Saturdays from 3 to 7 p.m. for the next two years, said minister Helmut Garcia.

For more information, contact the North Highlands Church of Christ in Russellville, Ala., at  www.mynhcc.com.

ZIMBABWE
Mutare — “We regard 2014 as a year with many opportunities to serve our Lord in a better way, while we face the challenges of our day.”
That’s how leaders of the Mutare School of Preaching, established in 1958, began a recent report to the school’s supporters. The school has a current enrollment of 19 preachers and six preachers’ wives.
In the past year the school has faced challenges — including the loss of water to campus (now restored).
The school has a new instructor, Isaiah Suwari, and is working to forge a partnership with Lubbock, Texas-based Sunset International Bible Institute.