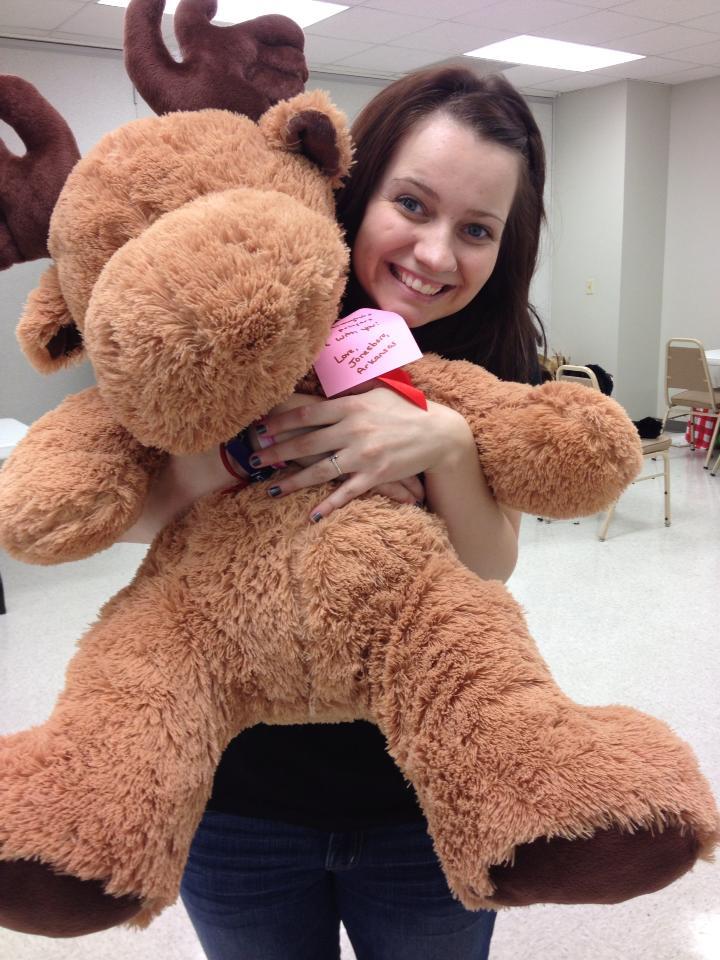 Meagan Cremeens shows off one of the thousands of stuffed animals collected as part of Project Teddy Bear Love.

Meagan Cremeens, a member of the Southwest Church of Christin Jonesboro, Ark., was a Westside Elementary School student when a massacre at nearby Westside Middle School claimed five lives in 1998.
After that tragedy, Cremeens remembers that students and teachers received cards, letters and.gif?Action=thumbnail&Width=460&algorithm=proportionalts of support from around the world.
In the aftermath of last week’s shooting rampage at Sandy Hook Elementary School in Newtown, Conn., Cremeens said she felt an urgent need to “do something to give back.”
She contacted Southwest preacher Jimmy Adcox and told him, “I want to have a teddy bear drive.”
Little did she know that fellow Southwest member Pam Herring, whose daughter Paige, 12, died in the 1998 massacre, also had contacted Adcox, saying she wanted to do something but didn’t know what.
Cremeens takes the story from there:

Pam and I joined forces with some willing volunteers, posted something on Facebook Friday night, and by Saturday, the entire community was ready and willing to get on board.
The Lord had this prepared for us every step of the way. He provided for us in a way that only he could. Everything was taken care of before we took every next step, from our contact person, to volunteers, to shipping and everything in between. We were meant to do this. 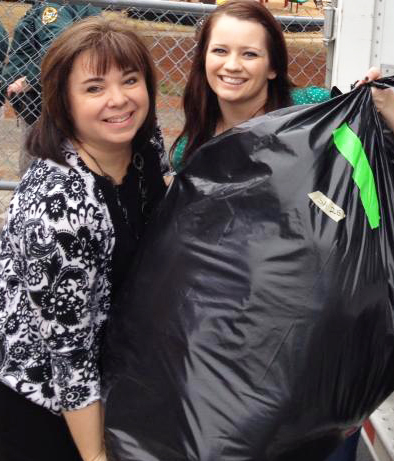 Pam Herring and Meagan Cremeens load the last bag of teddy bears on to the truck headed for Connecticut.

With the Lord’s hand upon this project, word got out to people not only across the state of Arkansas but surrounding states as well. And before we new it, we had ourselves a teddy bear drive.
We called it “Project Teddy Bear Love.” On Wednesday, we sent a truck to Connecticut carrying on it 6,150 bears. Most of them were tied with a card or note of some sort, and every single one had been hugged on and loved on and sent ready to bring healing and comfort to those in Newtown.
People asked us, “Why teddy bears?” and the answer is simple. We remembered what teddy bears meant to us when our community went through this — it was a sign of healing, comfort, stability and love. When nothing else in the world made sense, a teddy bear did. And it makes sense now.
We sent our driver off covered in protective prayers, goodies and the biggest hugs imaginable for being an angel bringing hope and good news to a community in need. What a perfect Christmas blessing. We pray that this project will bless those in Newtown and bring some healing to them like it has to the community members here.