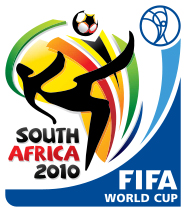 Are you ready for some football?

No, I’m not talking about the sport with first downs and two-point conversions. I’m talking about the one with penalty kicks and yellow cards — the sport most nations outside the United States refer to as football.
For the first time in history, the FIFA World Cup travels to the African continent. Fifteen years after shedding its apartheid policies, South Africa will host one of the biggest sporting events in the world. (Bobby Ross was in South Africa last year a posted a story about Churches of Christ in the post-apartheid era.)
Whenever I think of South Africa I think of a song I recorded at the 2008 Africans Claiming Africa for Christ conference in Nigeria. A small delegation of South African church members sang this song for the attendees. I’m not even sure what language it is, but I love it. Please give it a listen.
The official soccer ball of the tournament bears the word “Jabulani,” a word in the Zulu language that means “rejoice.” Back in 2002 African Christians gathered in the Dallas area for “Jabulani Africa!” celebrating 100 years of evangelism by Churches of Christ.
We want to hear from you. If you live in Africa, how does it feel for your continent to host the World Cup?
Are any church members attending any of the games? Better yet, are any church members in the tournament?
Regardless of where you live, are you using the World Cup as a potential outreach (watch parties, other ideas)? Is there such a thing as “football evangelism?”

Two years ago I put together a story and photo gallery of a football fellowship tournament in Switzerland with 150 participants from churches in Western Europe. (The Paris team won, by the way.)
Also, feel free to offer your insights here as to who is most likely to win this year’s World Cup. (But keep it clean. If any international incidents arise here, I’ll start issuing red cards.) 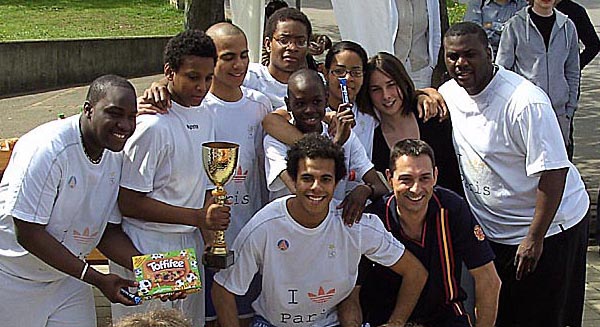 The Paris team celebrates its victory in the 2008 football fellowship tournament in Switzerland. (Photo provided)