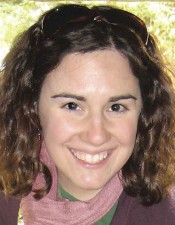 Staff reports
LUANDA, Angola — Nine years ago, this southern African nation declared peace after a 27-year civil war that claimed more than 300,000 lives.
That same year, a small group of Christians started making plans to move to the impoverished nation and work with local Christians to plant churches and share God’s love with those who suffer.
Now, after nearly six years of language training in Portugal and multiple rounds of visa applications, the Angola mission team has begun its migration to Africa. The team plans to work in the city of Huambo.
“After months of waiting and wondering why, we are finally going to Angola,” said team member Jordan Yarbrough, referring to the frustrating wait for visas. Accompanying Yarbrough to Angola are Nathan Holland, Robert and Teague Meyer (with children Efesson and Biruk), and Danny and Katie Reese (with children Eliana and Sophia). Rusty and Laura Campbell (with children Alex and Stephen) plan to join the team after the birth of their third child in Portugal.
FOR MORE INFORMATION, see www.angolateam.org