I remember the pink JOY buses that brought all the little children — “red and yellow, black and white” — to worship.

I remember the campaigns where we passed out gospel flyers during the day and sang verse after verse of “Just As I Am” at night — as the preacher urged sinners to come forward, repent and be baptized. 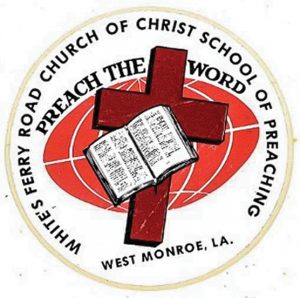 I remember the drawbridge over the Ouachita River, the pungent odor of the paper mill that permeated the entire town of West Monroe, La., and the alligator we saw in the water one time when we went fishing.

In the summer of 1974, my family packed a U-Haul truck and moved to northeastern Louisiana so my father, Bob, could attend the White’s Ferry Road School of Preaching.

Amid the Watergate scandal, President Richard Nixon resigned that August as I started first grade at Kiroli Elementary. On our black-and-white television, we watched the “CBS Evening News with Walter Cronkite” and shows such as “All in the Family” and “The Waltons.”

We ate fried bologna sandwiches, tuna casserole and canned soup as we relied on the GI Bill — educational funding from my dad’s time in the Air Force — to cover our family’s living expenses.

“I remember you as a tiny little dark-haired boy with cute little glasses,” said Deanne Middlebrook, whose late husband, Tommy, attended the tuition-free preaching school with my dad.

I was 6 when we moved into a cramped apartment a few miles from the White’s Ferry Road Church of Christ, which sponsored the school. 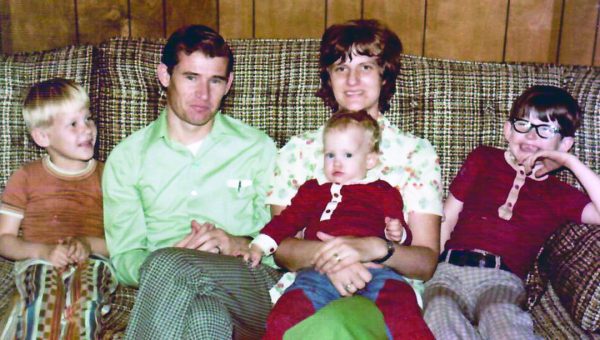 While living in West Monroe, La., in the mid-1970s, the Rosses pose for a photo. Pictured are Bob and Judy with son Scott, daughter Christy and son Bobby.

My blond-haired brother, Scott, was 5. My firecracker sister, Christy, born the previous Fourth of July at the Blytheville Air Force Base in Arkansas, was 1. My parents — well, they were young. I just didn’t realize it at the time. Dad was 29. My mother, Judy, was 27.

Most importantly, they were on fire for the Lord.

They were not alone. 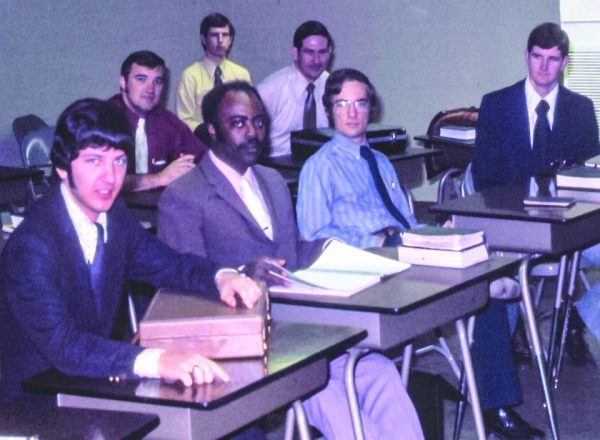 Students attend a class at the White’s Ferry Road school in the 1970s.

A time of evangelistic fervor

To fill vacant pulpits, as many as 100 preaching schools, generally operated by a single congregation, emerged in the 1960s and 1970s, notes The Encyclopedia of the Stone-Campbell Movement. The trend started with the 1962 founding of what became Sunset International Bible Institute in Lubbock, Texas. 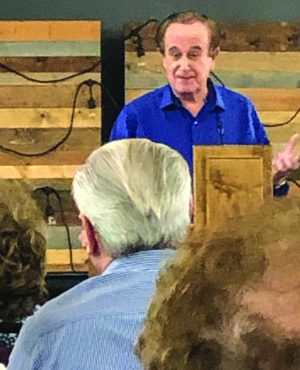 Most of White’s Ferry Road’s original instructors were graduates of Sunset, which encouraged the Louisiana school’s opening by sending students to West Monroe for a campaign that resulted in numerous baptisms.

Through the years, White’s Ferry Road added programs focused on youth ministry, ladies’ ministry, counseling and personal evangelism. In all, 875 people — including my dad — graduated during the school’s 22 years of operation.

“I have so many fond memories of the men, women and their families who moved to West Monroe to learn more about the Bible and how to take the Gospel into the world,” said Allison’s daughter Lori Allison Easterly, a ministry assistant at the White’s Ferry Road church. “Men like Bill Smith, Don Delukie, J.J. Turner, my dad and so many more poured the word of God into the students and into us all.”

Howard’s company published the popular songbooks best known for 728b — “Our God, He Is Alive” — sometimes called the national anthem of Churches of Christ. Son John Howard remains a White’s Ferry Road elder.

Fresh out of the Marine Corps, David Nestor was one of my dad’s classmates.

“WFR taught me how to study the Bible,” said Nestor, 68, a member of the Rio Rancho Church of Christ in New Mexico. He retired earlier this year after 44 years of ministry. 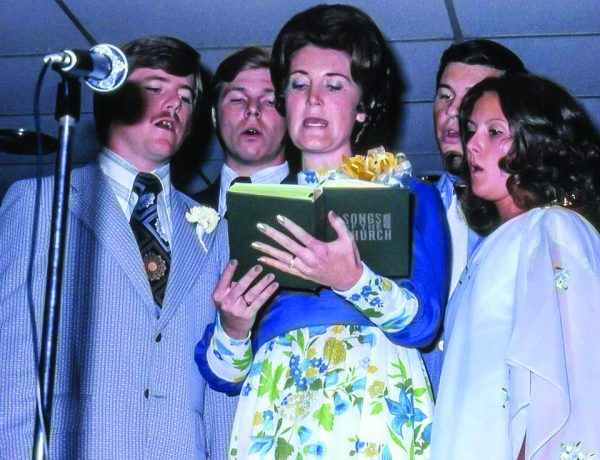 Students and wives sing at a White’s Ferry Road School of Preaching banquet, using a “Songs of the Church” songbook published by elder Alton Howard’s company.

A celebration of the 1970 opening

After the military draft ended in 1973, the pool of typical students — veterans with families — eventually dried up. Interest in accredited, four-year Christian universities played a role, too, in most of the preaching schools closing by the turn of the century.

Still, the White Ferry Road school’s legacy was evident as more than 100 people gathered this fall to celebrate the 50th anniversary of the 1970 opening. Concerns over the COVID-19 pandemic kept many, including my dad, from attending.

Speakers included J.J. Turner, one of the original instructors; Mike Campbell, son of another original instructor, the late Lynn Campbell; and Britt Farmer, a 1987 graduate and minister for the West Freeway Church of Christ in White Settlement, Texas.

“Remember the Pepto Bismol buses?” Turner joked, referring to the color of the JOY buses that helped introduce hundreds to Jesus.

I didn’t make it to the reunion, but my Christian Chronicle work has taken me to White’s Ferry Road a few times as an adult. In 2005, I joined the congregation’s disaster relief team in flying to New Orleans and the Mississippi Gulf Coast to assess damages after Hurricane Katrina. In 2014, I profiled the church’s most famous family — the Robertsons of “Duck Dynasty.”

Like his father Phil, Alan Robertson serves as a White’s Ferry Road elder. As a boy, Alan moved to West Monroe with his family and rode a pink bus to church. In 1988, at age 23, he enrolled in the preaching school.

Related: Inside the ‘Duck Dynasty’ church

“My time as a student was two of the best years of my life,” said Alan, 55, who three decades later shares preaching duties with Mike Kellett.

Kellett, who entered the preaching school at age 19 in 1976, said the work of training workers for the Lord remains in the church’s DNA.

“Alton Howard, on his deathbed, told Alan and me to keep the fires burning, and that’s exactly what we endeavor to do,” said Kellett, 63. “We are still training men around the world through our One Kingdom mission efforts and still planting churches with World Radio and meeting needs through relief efforts.

“It still amazes me,” he added, “what God lets us be a part of out of this small town of West Monroe, La.”

When Dad received his diploma in 1976, Mom got a certificate of recognition, too, for the Bible courses she completed with the other wives. 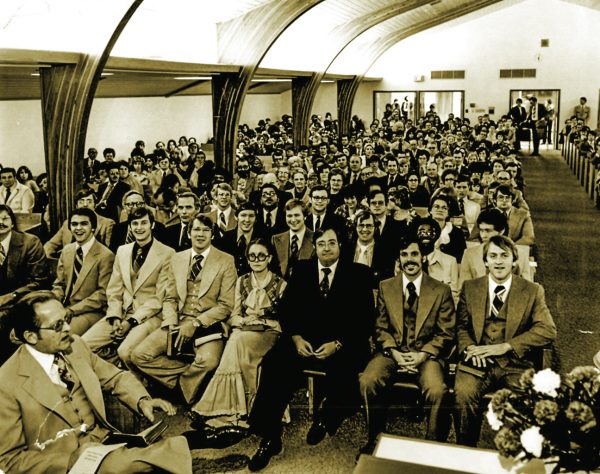 Dressed in their Sunday best, White’s Ferry Road School of Preaching students gather for a worship assembly in the 1970s.

My family left Louisiana in time to celebrate America’s bicentennial — and my sister’s third birthday — in one of the original 13 states. We teamed with two other graduates’ families to plant a Church of Christ in Roanoke Rapids, N.C., near the Virginia state line.

“Because of WFR, many have heard the gospel of Jesus Christ.”

While the preaching school graduated its final class in 1992, it made a lasting difference.

An eternal one, in fact.

“Because of WFR, many have heard the gospel of Jesus Christ,” said my dad, now 75 and still preaching for the Greenwood Church of Christ in Texas. 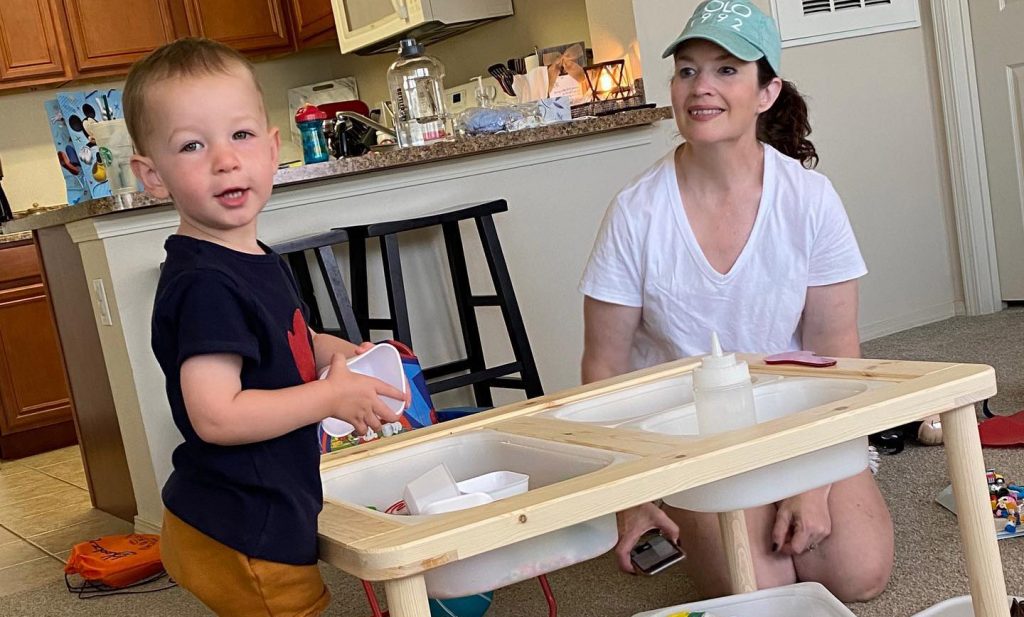