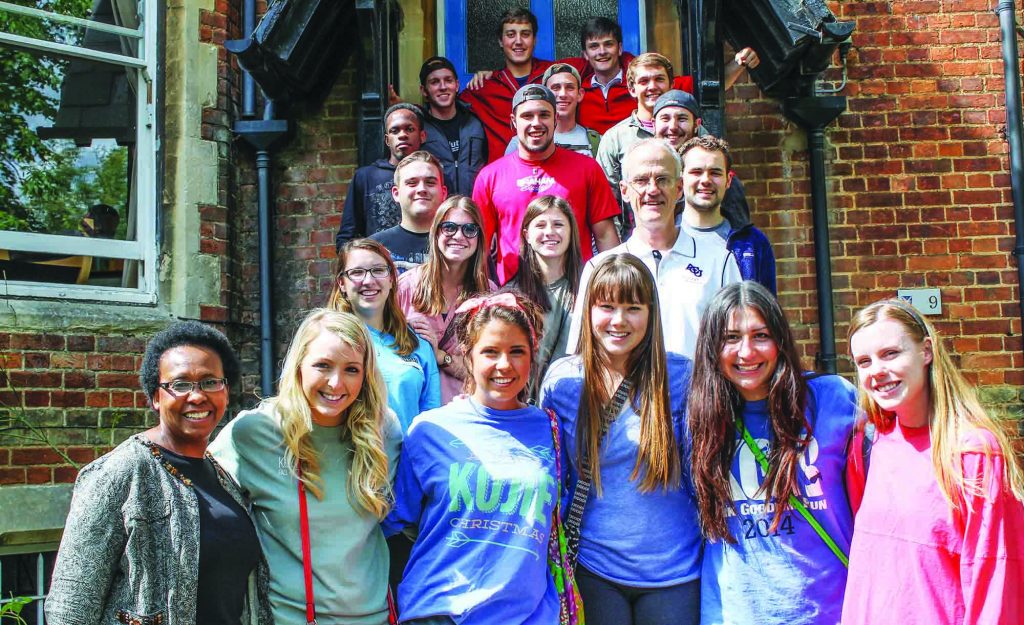 An engineer gets ‘an answer from God’

Orneita Burton grew up playing in the dirt and, as she put it, “creating something out of nothing.” Perhaps she was destined for a life in engineering.

The northeast Arkansas native also had a knack for teaching. In elementary school she helped tutor other students. She continued as a math tutor in college. After she began a career in the oil and gas industry, her peers asked her why didn’t she become a teacher. 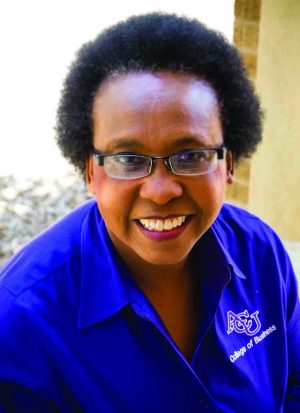 “One day, I told someone that if I was given the opportunity to teach at a Christian university, I would change career paths,” she said in an interview. A few months later, Jack Griggs, then dean of the College of Business Administration at Abilene Christian University in Texas, called and made her an offer.

“I could not turn down an answer from God.”

After working full time for Phillips Petroleum and Mobil Oil, she joined the faculty of ACU, teaching courses in operations management, enterprise systems, e-commerce, data analytics and economics. She shares her faith with students and works to instill within them a love for learning and a commitment to “never give up.”

These are values she inherited from her parents, who raised 12 children. Among them are 17 degrees — six undergraduate degrees in science, four in engineering, five master’s degrees and two doctorates.

I grew up in a farming community. That meant we spent most of our time playing in dirt and creating something out of nothing. Our food was simple, and sweets were rare.

At times, usually during Christmas, someone shared apples and oranges. This was special, because peaches were the only fruit grown in our garden. Children played together in the streets and under the stars. Life was good. I am sure we were poor, but either we didn’t know it or didn’t care.

What are some of your memorable early church experiences?

I must say that my early experiences of church were not those of a typical Christian family. My mother was a devout Christian; my father only knew God through the actions of people. As a result, I felt the deep need for God as influenced by my mother to become the person I wanted to be.

By the age of 16, I was confused and acknowledged that I knew a lot about people but did not know God. One day, I expressed my frustration to God and the need for him at a crucial moment in my life. That very day, he showed up. From that time to this present moment, I have called out to the God I know, and he has been faithful in every response.

I did not become a Christian until after graduating from college. When in college, the churches near campus were segregated, and the only church for blacks was on a hill across town.

I didn’t have a car, so when an attempt to worship at a nearby church led to being directed to the “black church,” I decided not to attend church services while in college.

After graduating, I read every religious handout that came my way.  One day, a dear friend invited me to attend a local Church of Christ in Texas. That invitation led to my present faith walk, the subsequent faith of my husband and children, my mother, and several sisters.

Today, I am blessed and thankful that we can worship with any church we choose.

What obstacles have you had to overcome?

As a young African-American woman, I began to view obstacles as God’s way of transforming my life and moving me closer to him.

I believe my most enduring obstacle is that of misrepresentation. Many women and people of color are easy targets for those who wish to hide their actions and misrepresent us for their personal benefit.

For example, I believe my most enduring obstacle is that of misrepresentation. Many women and people of color are easy targets for those who wish to hide their actions and misrepresent us for their personal benefit.

Although difficult to accept at the time, this obstacle has been a very humbling experience, leading me to frequently conduct reality checks that remind me who I am as a creation of God.

As a result, I have a strong self-identity that, despite what others think, confirms that God is pleased with what he alone has created in my life.

What influences led you into engineering?

Prompted by a relative who was a school administrator, my older brother entered an engineering program at Tennessee State University in Nashville when I was about 11 years old. During the summers, he would return home and tell me about his life at TSU. As the real teacher in the family, William made engineering fascinating to me.

I also had a love for natural art and the sciences and realized I could integrate both in an engineering degree. As a result, I attended the University of Arkansas and enrolled in the Chemical Engineering program. This choice worked well as I later began an engineering career in the oil and gas industry.

What have been some of your favorite engineering projects?

As a process and research/development engineer, I was involved in projects using new computing technologies to automate field operations. Seeing science applied in real life has always revealed something to me about the richness of God’s design in creation.

For example, while providing engineering support at Phillips, I maintained the turbo-expanders in a polyethylene unit. This equipment changed the state of fluids through changes in temperature and pressure.  Once, when a turbine needed maintenance, the company called an elderly gentleman to “rebalance” the unit. It was remarkable to see him use his ear and a tuning fork to “retune” the turbine.

I also provided support for high-pressure steam generation. As in our spiritual life, I learned that a few “impurities” can make all the difference in our ability to produce the best outcome. 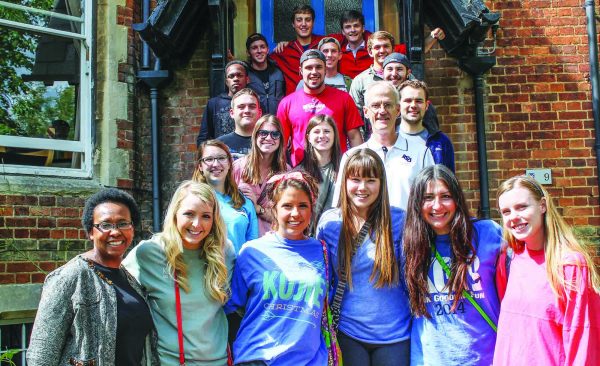 Orneita Burton stands with a group of her Abilene Christian University College of Business Administration students during a study abroad program in Oxford, England.

What people have been the greatest influences in your life?

• My mother, who had the personal strength, holy discipline and moral courage to do what’s right, even when it did not make sense to anyone else.

• My husband, who has provided love, leadership and support for our family and who brings out the best in others.

• My sons, who have amazing resilience and goodness that cannot be hidden, because goodness originates in Christ.

Through her actions, my mother taught us to never abandon the dreams that are in our hearts — and to take opportunities to make a positive difference in the life of someone else.

• My best friend, who established a special relationship between us when she chose to invite a stranger to her place of worship, which set me on my current faith walk.

• A few outstanding people I have met over time who have spoken words of life into me, as prompted by Christ in them, at just the right time.

In addition to academics, what do you try to teach your students?

To be good stewards of the resources God has given us.

To never, never, never give up. To me, failure is to give up or give in after facing life’s challenges. Through her actions, my mother taught us to never abandon the dreams that are in our hearts — and to take opportunities to make a positive difference in the life of someone else. My mother was a master teacher without a degree. I hope to instill in students’ lives the life she instilled in me.

What has been the greatest challenge to your faith?

My parents taught us to respect authority. Romans 13:1 says, “Let everyone be subject to the governing authorities, for there is no authority except that which God has established.”

My greatest challenge was when an officer used his connections in the police force to cover his own lifestyle and actions, targeting my sons and misrepresenting me as a woman in the church. It is easy to present yourself as reputable when standing in the ranks of those who would give their lives to serve our communities and support each other in the line of duty. Unfortunately, some officers dishonor their position of service by abusing women and people of color and using connections of authority to hide their own darkness.

This was a time when I came closer to understanding how God looked at our condition and knew he had to send his son to die in our stead. Through this challenge, I learned that, in Christ, and through his sacrifice, there is hope and salvation. I thank God for his continued protection and provision through those who are faithful to his calling.