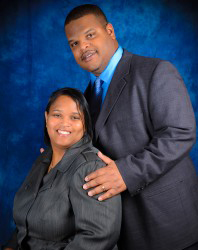 Amid chaos and protests, a Church of Christ in Missouri seeks calm

The Ferguson Heights congregation offers prayers, crisis counseling and other support for its reeling community.

A predominantly black Church of Christ in Ferguson, Mo., is asking God to help heal its reeling community.

In the wake of a police officer fatally shooting an unarmed black teenager, chaos and protests have erupted in that St. Louis suburb.

“We are having prayer meetings. We are offering crisis counseling for the community,” said Conley Gibbs Jr., minister for the Ferguson Heights Church of Christ. “We are coming together and just trying to do all we can to help in this situation.”

The 225-member congregation has increased its benevolence programs, including its food pantry and clothing giveaways. “Even though those (ministries) might not seem directly connected,” Gibbs said, “it’s giving us an opportunity to be more known in the community.”

Church members are not taking sides in the dispute between police and demonstrators, he said, but are simply praying and seeking God’s will and direction.

Prayers by Christians nationwide would be welcomed, the minister added.

“In times like these, one of the worst things to do is to be emotional and to be reactive,” Gibbs told The Christian Chronicle. “So we’re just asking for calm … and just letting God work in this situation.”

Look for the Missouri preacher’s more detailed spiritual reflections in the next print edition of the Chronicle.