For two consecutive editions of The Christian Chronicle, we’ve had the terrible task of reporting front-page news about mass shootings during Sunday worship — first at a Church of Christ in Tennessee and now at a Baptist church in Texas.

Amid the sadness, anger and confusion I’ve felt after these two senseless acts, it’s easy for me to forget the massacre that happened between them — New York’s deadliest attack since 9/11. I learned about the Halloween attack — in which a man drove a rented truck down a bicycle path near the World Trade Center, killing eight people — when I saw a Facebook update telling me that Seth Bouchelle was OK.

Bouchelle, a graduate of Abilene Christian University in Texas, lives in the Bronx. I thought of him again when I learned that the attacker, 29-year-old Sayfullo Saipov, is an immigrant from the Central Asian nation of Uzbekistan. Saipov told police he was proud of what he did, and that he acted in the name of the Islamic State, or ISIS. President Trump called on Congress to dismantle the diversity visa lottery program that allowed Saipov to enter the U.S.

Bouchelle spends most days working with, occasionally eating with and praying with immigrants — many of them Muslim — as part of Global City Mission Initiative. It’s a nonprofit that focuses on cross-cultural evangelism, disciple-making and church planting among the diverse immigrant populations in big cities around the world.

The nonprofit brings Bouchelle into contact with a lot of people who came to New York from Bangladesh and Albania, nations with significant Muslim populations. He’s also worked with immigrants from Montenegro, Iran and Turkey.

“When these kinds of attacks happen, these are the people who tend to be most afraid,” he said of immigrants from the Muslim world. Many already feel like aliens living in a strange land, and an act of terror in the name of Islam “further isolates them and causes them to feel that they don’t belong.”

Too often, America’s media and its people buy into the narrative the attackers want — that it’s them against us. “In reality,” Bouchelle said, “our Muslim neighbors are as much a part of our city as we are.”

Even Saipov’s notion that he was somehow targeting America seems myopic, he added, noting that five of the eight killed were visitors from Argentina. An attack on New York, London, Paris or almost any other large city these days is an attack on a transnational, multicultural society.

An attack on New York, London, Paris or almost any other large city these days is an attack on a transnational, multicultural society.

Part of Bouchelle’s job is training churches to reach out to their ever-diversifying communities.

One concern he hears frequently is, “I don’t even know how to talk to a Muslim.”

Try talking about jobs, kids, family, he suggests, noting that, in the meals he’s had in American Muslim homes, topics include favorite shows on Netflix and funny YouTube videos.

Yes, there are religious differences, but “that doesn’t make them completely alien to us,” he said. “They’re human beings.”

The goal of Global City Mission Initiative is to bring Jesus to the city. The mission’s four full-time workers in New York help form small communities of faith among their city’s 8.4 millions souls. 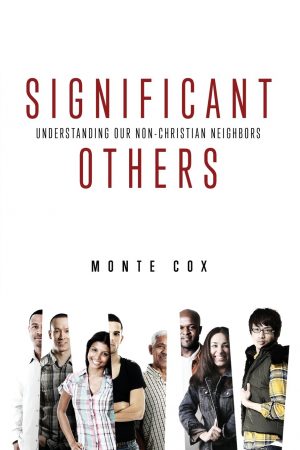 Related review: In “Significant Others: Understanding Our Non-Christian Neighbors,” Monte Cox of Harding University gives advice for Christians who want to engage with the Muslims, Hindus, Buddhists and other adherents of non-Christian faiths in their communities. Wissam Al-Aethawi an Iraqi-born, former Muslim who is now a Christian missionary in Michigan, reviews the book.

They help immigrants gain the skills to plant new churches wherever they go — whether they move to other cities or return to their home countries. For example, a Korean immigrant the ministry trained returned home and planted a church in Seoul, South Korea.

Bouchelle recently traveled to Europe to help a small group of Italian Christians train for work among the thousands of refugees who have come to their continent from the Middle East. Missions Resource Network and other ministries associated with Churches of Christ are partnering in the work.

On every continent, in every city, “the church is the vehicle of God’s mission, the primary means by which God breaks into the world,” he said.

All churches shouldn’t look the same. But in big cities, perhaps small groups — meeting in apartments or coffee shops, focusing on the Bible as their authority — have the best chance of thriving and keeping up with the rapid pace of urbanization.

To me, this sounds a lot like the method of replication used by the first century church.

And I believe it’s going on in a lot more places than we realize.

Related podcast: How to Begin Ethnography for Ministry

The frequency of the attacks that have dominated our coverage is overwhelming. I pray that we don’t have a third consecutive front page of tragedy next month.

But I also hope we recognize that, just a few blocks beyond these horrors, amazing stories of transformation are taking place.

People, even those from places we’ve come to fear, are working to bring reconciliation — in the here and now and in the world yet to come.

A wind from the north, called the harmattan, paints the… 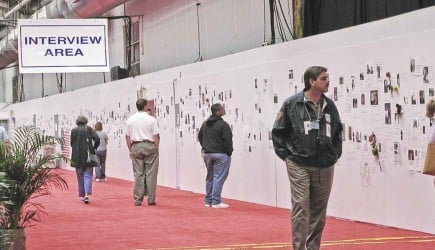 Just four days after two hijacked airplanes plunged into the…