More than 90 people have died since clashes began six weeks ago between government forces and civilian protesters, according to observers.

Normally, a team from the Highway Church of Christ in Judsonia, Ark., would be sweating for God in the mountains of Jinotega, Nicaragua.

For 15 straight summers, the congregation has sent teens and adults to help with Misión Para Cristo — Spanish for “Mission for Christ.” The humanitarian aid organization shares Christ’s love with thousands in Central America’s poorest nation.

But amid ongoing deadly clashes between Nicaraguan government forces and civilian protesters, the Arkansas congregation reluctantly canceled this week’s planned trip to Nicaragua.

“It’s just heartbreaking not to be able to see our Nicaraguan brothers and sisters,” said Danny Deramus, a Highway church elder.

Dozens of U.S. church groups have made the same difficult choice to stay home.

“We have not come to this decision quickly and have been in prayer for the last month,” said Audrey Mauck, missions coordinator for the Edmond Church of Christ in Oklahoma. 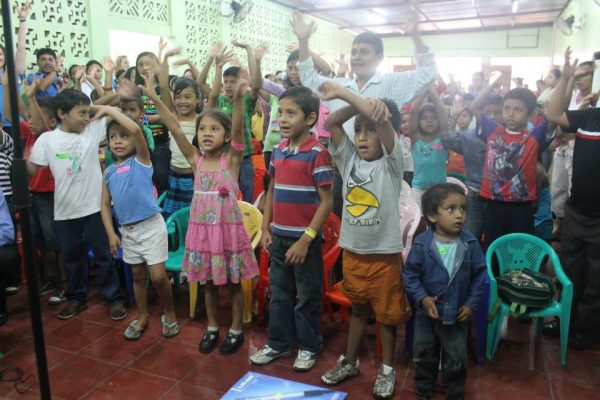 The Edmond church supports five Nicaraguan native missionaries and had intended, as it has for several years, to send a group to conduct Vacation Bible Schools in the Latin American country next month.

Related: For a Nicaraguan church, a revival

“Our hearts are with our brothers and sisters there,” Mauck said in a recent Facebook post. “Our prayer is that God will be glorified in this situation as we know He can resolve the differences in the country.” 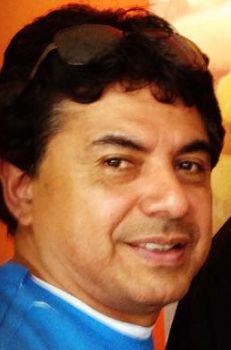 Efraín Perez Estrada, a Church of Christ preacher in Matagalpa, a hilly agricultural community in northern Nicaragua, asked for prayers from fellow Christians. He pointed to “fear and uncertainty about the hard situation.”

“A lot of brethren didn’t meet on Sundays because of fear,” he said in a Facebook message. “Night activities on Churches of Christ have been stopped in some places.”

Just this week, a massive demonstration against President Daniel Ortega’s government ended in violence after gunmen opened fire on marchers in the capital city of Managua. The gunshots on Wednesday — Mother’s Day in Nicaragua — sent thousands running for cover and resulted in 11 deaths and 79 injuries, The Associated Press reported.

Even before that bloodshed, the human rights organization Amnesty International issued a report Tuesday accusing Nicaraguan authorities of adopting “a strategy of repression, characterized by the excessive use of force, extrajudicial executions, control of the media, and the use of pro-government armed groups, to crush protests in which at least 81 people have been killed.”

81 killed, 868 injured, 438 arrested & counting. Our new report shows how a lethal strategy of repression has been unleashed against protesters by the authorities in #Nicaragua. https://t.co/bCf33YK1NP

Besides those killed, Amnesty International pointed to “868 injured and 438 arrested amidst the state’s heavy-handed and highly coordinated response to the protests,” which began April 18 after the government hiked worker and employer social security contributions.

Although those reforms were later reversed, the unrest has lingered with demonstrators calling for the removal of Ortega, a 72-year-old former Sandinista guerrilla fighter.

In all, 24 church groups from the U.S. had been scheduled to travel to Nicaragua and work with Misión Para Cristo over the next three months, said Benny Baker, the American missionary who with his wife, Donna, started the Christian nonprofit in 1997.

“I couldn’t in clear conscience ask anybody to come,” Baker said in a telephone interview from Florida, where he is monitoring developments after traveling to the U.S. to attend a granddaughter’s high school graduation and raise funds for the ministry. 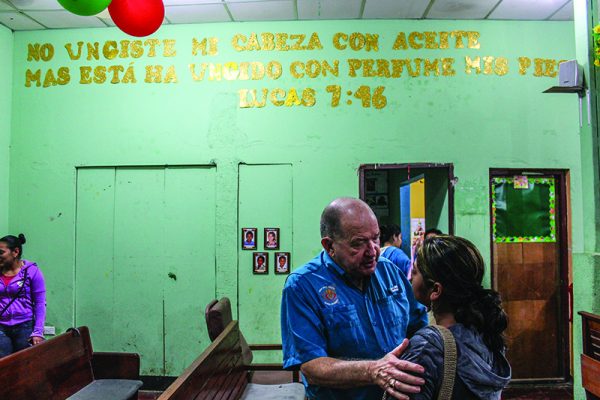 Benny Baker, who founded Misión Para Cristo, greets Marta Castro after a Bible study at the Jinotega Church of Christ in 2016.

“It’s just heartbreaking not to be able to see our Nicaraguan brothers and sisters.”

Misión Para Cristo’s Nicaraguan staff — a core group of 52 people — has kept the ministry’s outreach in areas such as health care, education and construction going, he said.

But Baker voiced concern about the loss of income from the 275 short-term missionaries who won’t make the trip to the poor, coffee-producing region of northern Nicaragua this summer. 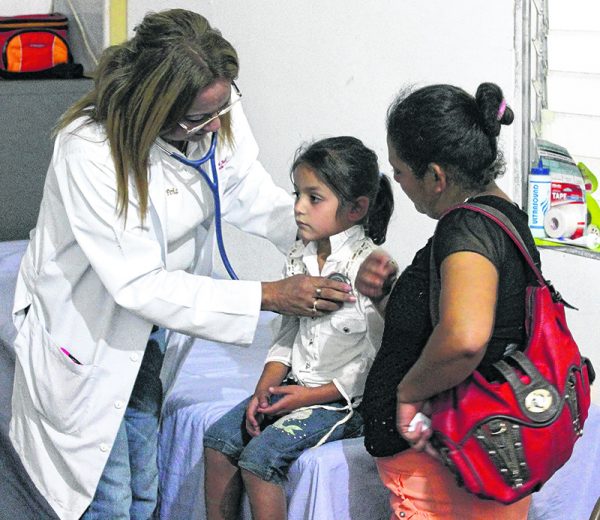 Dr. Judith Peña, medical director for Misión Para Cristo, examines a patient at the mission’s clinic in Jinotega, Nicaragua, in 2016.

“Right now, we’ve got a number of people who could lose jobs very quickly,” he said, expressing hope that the groups canceling will consider donating funds to the ministry anyway.

“Right now, we’ve got a number of people who could lose jobs very quickly.”

Baker asked for prayers for Misión Para Cristo and all of Nicaragua.

“What hurts is when you see your world being turned upside down, and you have no control over it whatsoever,” the missionary said.

“I attribute this to a major political storm in Nicaragua,” he added. “In the middle of the storm, you don’t know the damage. Our goal is to make sure we are still able to function and serve the people of Nicaragua when this storm is over.”