A former preacher who has lived with the disease for 15 years rarely misses a Sunday, thanks to his wife.
Ken Beck

LEBANON, Tenn. — Jean Reynolds and her husband, Bob, have shared a lifetime of ups and downs — but mostly ups, she says — since the day they swapped wedding vows on Aug. 11, 1951. 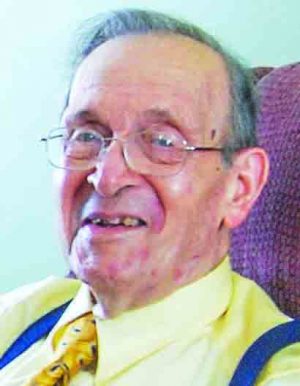 Over the past 15 years, Jean has witnessed a slow-burning fade in Bob’s personality as Alzheimer’s disease has snatched away a treasure store of precious memories and snuffed out his vitality. His physician says that Bob’s decade and a half with Alzheimer’s is the longest case he has treated.

Diagnosed with the illness in December 2003, Bob Reynolds was once a superb singer, avid photographer, handyman and mechanic. Over nearly 30 years, he served as a dedicated preacher in seven Churches of Christ.

Despite the obstacles presented by the disease, the Reynolds are faithful members of the College Hills Church of Christ in Middle Tennessee.

“They are virtually there ever single Sunday. They don’t miss,” said Jim Hundley, one of 12 elders that shepherd the 1,000-member congregation. Hundley has taught the Sunday morning Bible class that the Reynolds attend.

“They are very quiet people, but they contribute by example,” Hundley said. “Bob was a preacher of the Gospel before this hit him. He doesn’t talk much now at all but will respond if you ask a question.

“Jean takes such good care of Bob and is very concerned for his well-being. She is one of the most steadfast ladies in the church I have ever seen. She is a very serious Bible scholar. She knows the Bible and enjoys discussing the verses that we study in our class.

“She is just as solid as rock.”

FROM BUS RIDE TO Betrothal

“He was outgoing and jovial. Sometimes it almost embarrassed me because he would laugh so loud at things. He was so pleasant.” 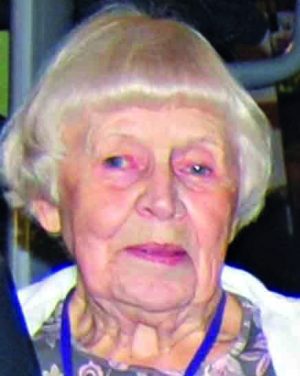 That’s how Jean Reynolds described the man she married 67 years ago, five decades before Alzheimer’s crept into their lives.

They first spied each other in 1950 while riding on a city bus in Nashville, Tenn., but neither said a word. Not long afterward, Bob showed up as a guest preacher at her home congregation, the Hendersonville Church of Christ. He took that opportunity to ask a member of the church what her name was. They married about a year later.

Bob earned a double major from David Lipscomb College, now Lipscomb University, in Nashville. After he graduated in 1954, they moved to Georgia, where Bob helped launch Churches of Christ in Louisville and Waynesboro. Later, he preached for congregations in Gastonia, N.C.; Bristol, Tenn.; and Irvine, Ky. Returning to Middle Tennessee, he served as minister at the Watertown Church of Christ from 1964 to 1970 and the Philadelphia Church of Christ from 1976 to 1982.

Preaching wasn’t his only gift, his wife said. 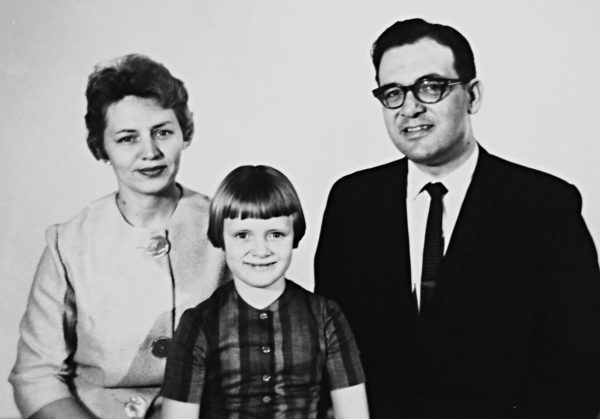 Bob and Jean Reynolds and their daughter, Lisa, in 1964, when Bob began preaching for the Watertown Church of Christ in Wilson County, Tenn.

“He led singing in church and competed with the likes of Pat Boone and Ray Walker,” she said, comparing him to the acclaimed gospel singers. “For years he kept up reading the New Testament in Greek.

“And now all of that is just gone.”

There were few, if any, warning signs, Jean Reynolds said.

One day she and her husband were on their way to a bank in the Nashville suburb of Brentwood to claim a certificate of deposit that had matured.

She allowed him to continue driving Interstate 40 until they reached the Waverly exit, some 60 miles beyond Nashville. At that point, Bob admitted his miscue.

After turning back and visiting the bank, the couple moved the money to another bank closer to home. In the process, Bob lost his billfold.

His wife took him to see Dr. Hardie Sorrels, a physician who lost his own father to Alzheimer’s. Sorrels diagnosed Bill with the disease and prescribed the drug Aricept to help.

“He didn’t believe it,” Jean Reynolds said of her husband’s reaction to the diagnosis. “He said there wasn’t anything wrong with him.”

Jean Reynolds wasn’t even sure how to spell Alzheimer’s, she recalled, yet soon she found herself having to restrict her husband’s driving and serve as his caretaker.

She found “The Alzheimer’s Answer Book” by Dr. Charles Atkins, which answers 250 questions about the disease. It was a huge help, she said.  Three key points she took away from the book were to be sure that her husband exercised, kept his mind involved and ate healthy meals.

“We get up every morning, six days a week, and go exercise … at 6 a.m., and he goes out every evening after supper and walks up and down the driveway,” she said. “I have music playing or the TV on, and he does listen or watch TV some. I watch what he eats. He has quit reading because he does not remember what he has read.” 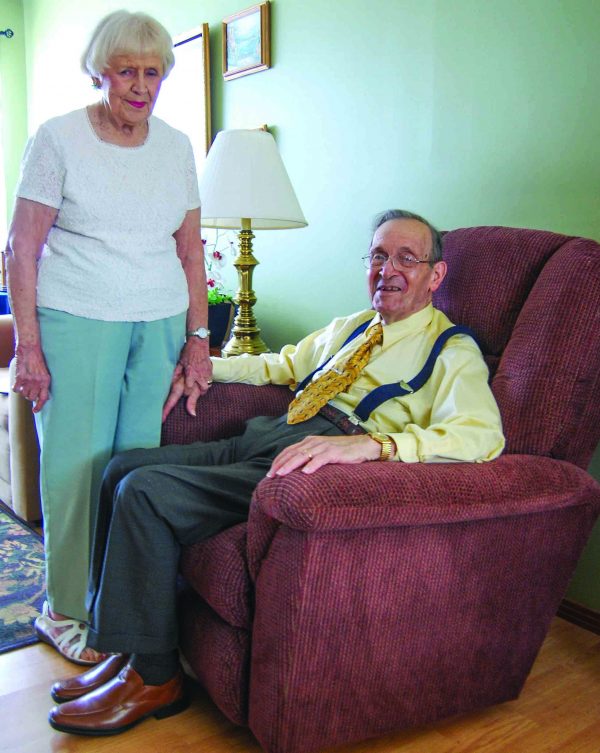 Bob and Jean Reynolds have made Lebanon, Tenn., their home since 1976. Bob Reynolds was diagnosed with Alzheimer’s disease in December 2003.

Recently, Bob began to forget people he has known for years. One Sunday, a minister spoke with him for several minutes. After he walked away, Bob asked, “Who was that man?”

While he can still handle most of his personal hygiene, he no longer can perform tasks that once came easily.

“Bob used to overhaul car engines,” his wife said. “He enlarged the bathroom in our house and did the plumbing and electrical work all himself. He was in the kitchen the other day, and I was putting a trimmer together, and I asked him to look in the drawer and bring me a screwdriver. He said, ‘What does a screwdriver look like?’”

Bob rarely converses with friends, and his hearing has diminished.

“If it’s quiet, he might converse with you,” Jean said. “The strange thing is, after you walk away he might not remember it or your name. He certainly would not remember what you discussed.”

Yet “the average person talking to him would not pick up that anything was wrong.”

The Reynolds’ daughter, Lisa, is a school teacher in Indiana. Their son, David, lives in Lebanon and does all he can to assist his parents.

The greatest challenge of caring for her soul mate is “being more or less confined,” Jean Reynolds said.

“We traveled a lot and have been to Alaska and every state in the U.S.,” she said. “Sometimes we’d be gone a month at a time. I miss all that — and going shopping and being able to spend all the time I want to, looking.” (Her husband tires easily and sleeps about 16 hours per day.)

Despite the challenges, Jean stays active in ministry. A gifted seamstress, she leads a crocheting class at church on Wednesday nights.

“We are knitting caps for the cancer unit at Vanderbilt Hospital for people of all ages,” she said. “We just shipped 100 caps to an orphanage in Ukraine, and we made hundreds that were shipped to Afghanistan.”

Reflecting on the 15 years she’s spent caring for her husband, she added, “It could be a lot worse. We’re doing right well.”

Editorial: Giving thanks for those who serve the vulnerable

All too often, headlines remind us about the fragility of…

'Aunt Melba” Warrach was a huge fan of country and… 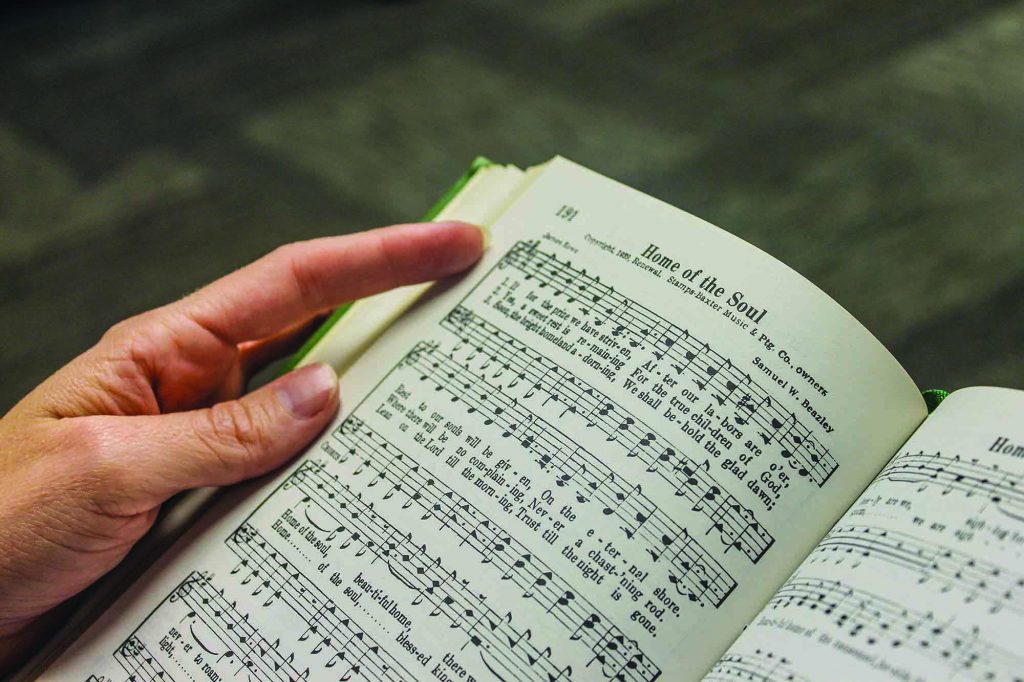 Three years ago, in response to your requests, we launched… 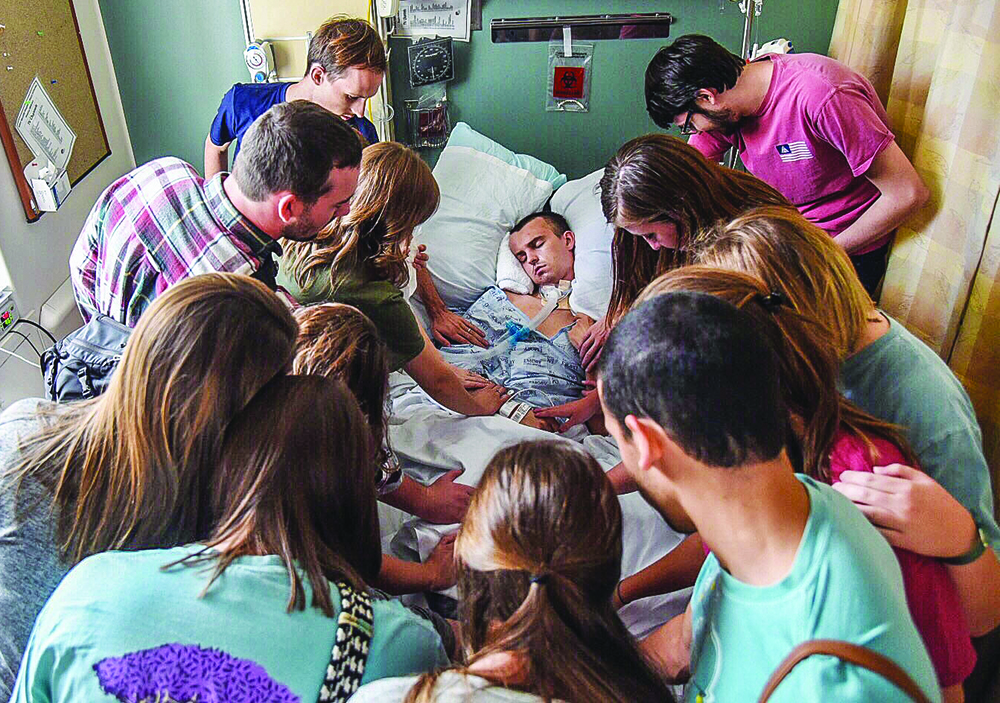