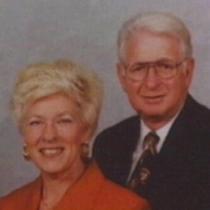 The Times Daily in Huntsville, Ala., reports:

HATTON – A retired couple on their way to church in Sheffield were killed Wednesday night when a car slammed into the rear of their vehicle on Alabama 157, just north of Alabama 101 in the Hatton community, authorities said.
Emergency workers at the scene identified the victims as Foy and Julia Counts, who lived on Lawrence 140 in Hatton. They were both pronounced dead at the scene.
State troopers were still investigating the accident at 9:15 p.m., about three hours after the crash was reported.
A friend said the victims were on their way to Cox Boulevard Church of Christ in Sheffield.
The news was announced to people attending the Wednesday night church service.
A Bible was found in the front seat of the couple’s mangled Olds Cutlass, one emergency worker said. He added the rear of the vehicle was smashed to a point where the bumper and back seat were pushed against the front seat.