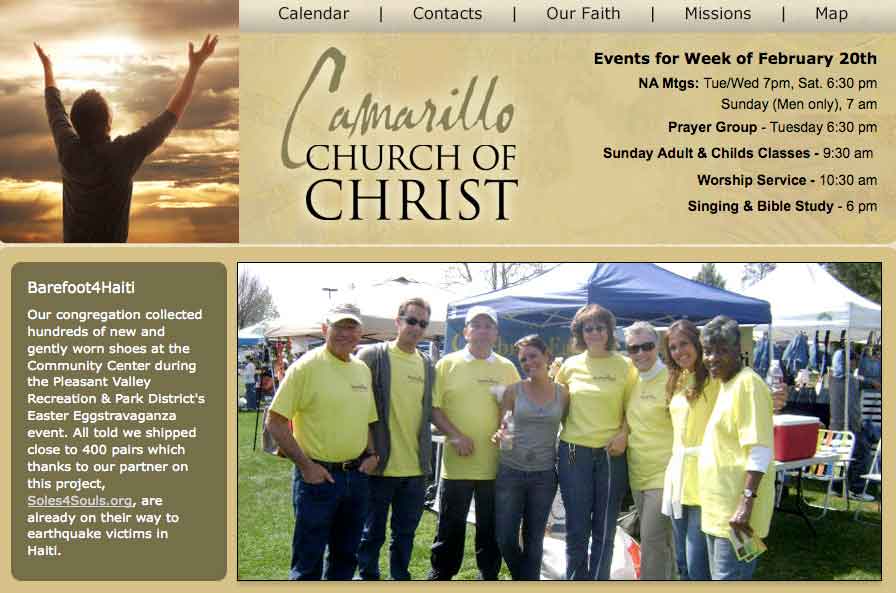 The Thousand Oaks Acorn reports on the Camarillo, Calif., Church of Christ. In 2007, the church’s youth minister was arrested on charges of sexually molesting multiple teenage girls over a period of eight years, the newspaper reports.

“It was a period of rapid decline and heartbreak,” (minister Keith) Whitney said.
The incident had a detrimental effect on the church. The congregation shrunk from nearly 200 members to 50.
Whitney said he wants the public to know the crime doesn’t define the church, which has faced many struggles since its founding in 1960 but has emerged stronger and closer to God each time.
“(The scandal) hanging over us was something that affects the joy of life and community in a church and has a paling effect on the congregation,” Whitney said.
“But we are finally beyond all of that. There’s a great love in this church and a hopeful attitude for growth.”

Read the full story.
Whitney (mistakenly referred to as “pastor” in parts of the story) is an associate professor of  business law at Pepperdine University in Malibu, Calif.
Last year we reported on efforts to buy a handicap-accessible van for Tim Kelley, a member of the Camarillo church.