Interest in the subject intensified, though, after a gunman who pledged allegiance to the Islamic State terrorist group opened fire at a gay nightclub not far from the Rosen Centre Hotel, where 2,000 members of Churches of Christ from 14 states and six nations gathered. 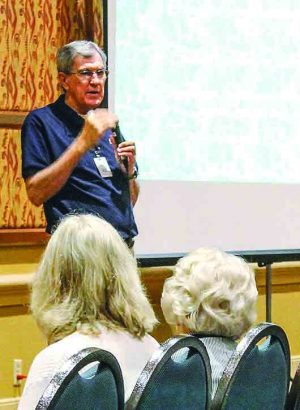 Suddenly — and sadly — Moore’s breakout sessions tackling questions ranging from the meaning of jihad to how to interact with ordinary Muslims became much more timely.

“ISIS is on everybody’s mind,” said Moore, using another term for the Islamic State as he spoke at the recent Equip Conference — formerly known as the Spiritual Growth Workshop.

“Islam is a big subject, and we could spend from now until Jesus comes talking about Islam,” he told a crowd of about 200 who came to one of his sessions — which were moved to a larger banquet hall to accommodate the size of the audiences.

After Omar Mateen fatally shot 49 people and wounded 53 others at the Pulse nightclub on June 12, Christians such as Alina Wyder felt a need to become better educated on Islam. 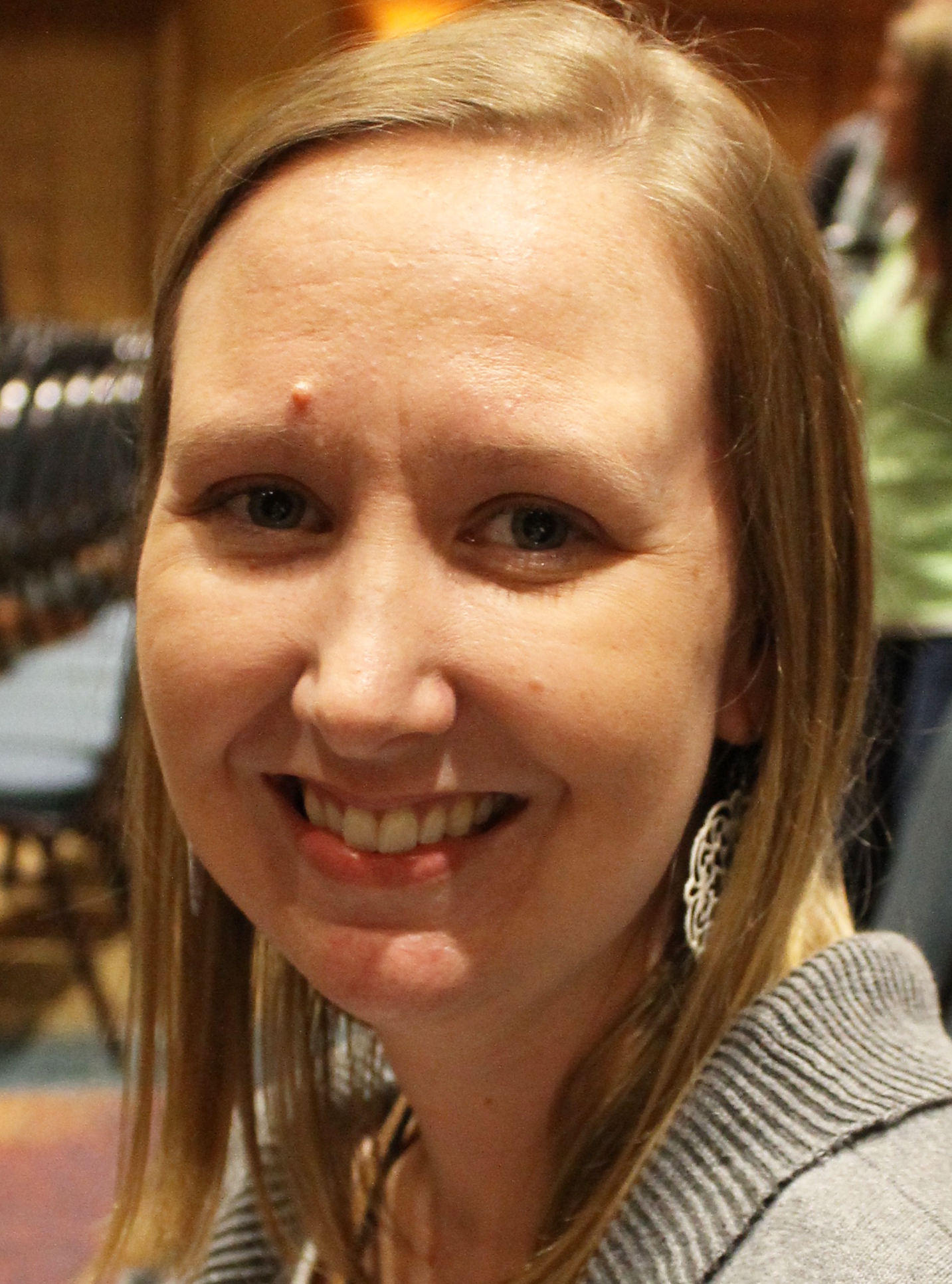 Alina Wyder“I often hear the term ‘radical Islam,’ so I wanted to learn more about how there are different sects in Islam and if that’s really true,” said Wyder, a member of the University City Church of Christ in Gainesville, Fla.

“I hear about how there are peaceful Muslims, and it’s really hard to understand because all you see in the news all the time are bombings,” she added. “And we know the terrible things that are going on with ISIS, so I just wanted to understand it better.”

Like Wyder, Bonita Haltiwanger, a member of the Maricamp Road Church of Christ in Ocala, Fla., said she knows far too little about what Muslims believe. 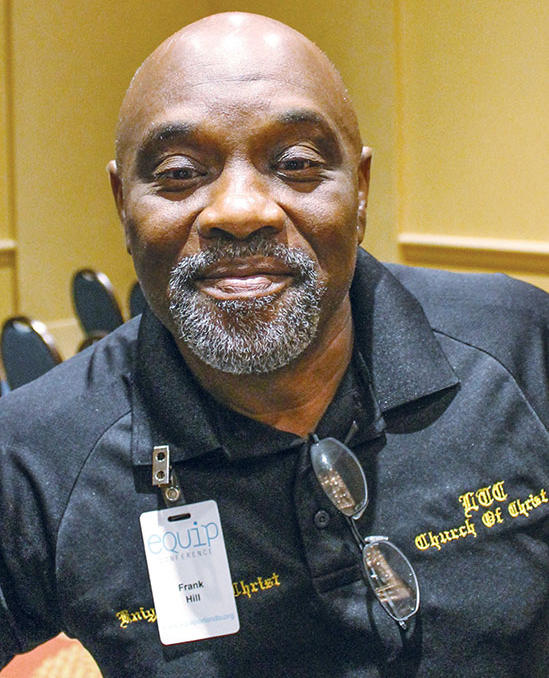 Frank Hill“The timing of this is perfect because I have personally been thinking, ‘Why? What’s going on?’” Haltiwanger said. “I’m anxious to learn more.”

Be they Muslims or men or women who experience same-sex attraction — another topic on the Equip Conference’s agenda for months — the Gospel is for all people, Hill said.

“It just shows us that the world really needs Jesus, and that’s the only way we’re going to change people in our society,” he said. “You’ve got to get the word out about Jesus.”

‘ONE PERSON WITH EVIL INTENT’

Before the massacre, Equip Conference organizers touted Orlando as a “jackpot of family fun” — a tourist destination with amusement park themes ranging from Mickey Mouse’s ears to Harry Potter’s wand.

They invited Christians to come and enjoy family entertainment while strengthening ties with God’s family and equipping themselves to “be a part of God’s work redeeming this lost world.”

After the tragedy, the focus became more acute.

“This beautiful, vibrant city was shocked at the action of one person with evil intent,” Equip co-director Phil Barnes wrote in an email to attendees.

“This is more proof that there is a real need in this world for the love of God as expressed through his son Jesus Christ,” said Barnes, minister for the Orange Avenue Church of Christ in Eustis, Fla., northwest of Orlando. “More than ever, the purpose of Equip is confirmed, to learn how to go into a world where sin is the norm, not the exception, and share the Gospel of Jesus Christ.” 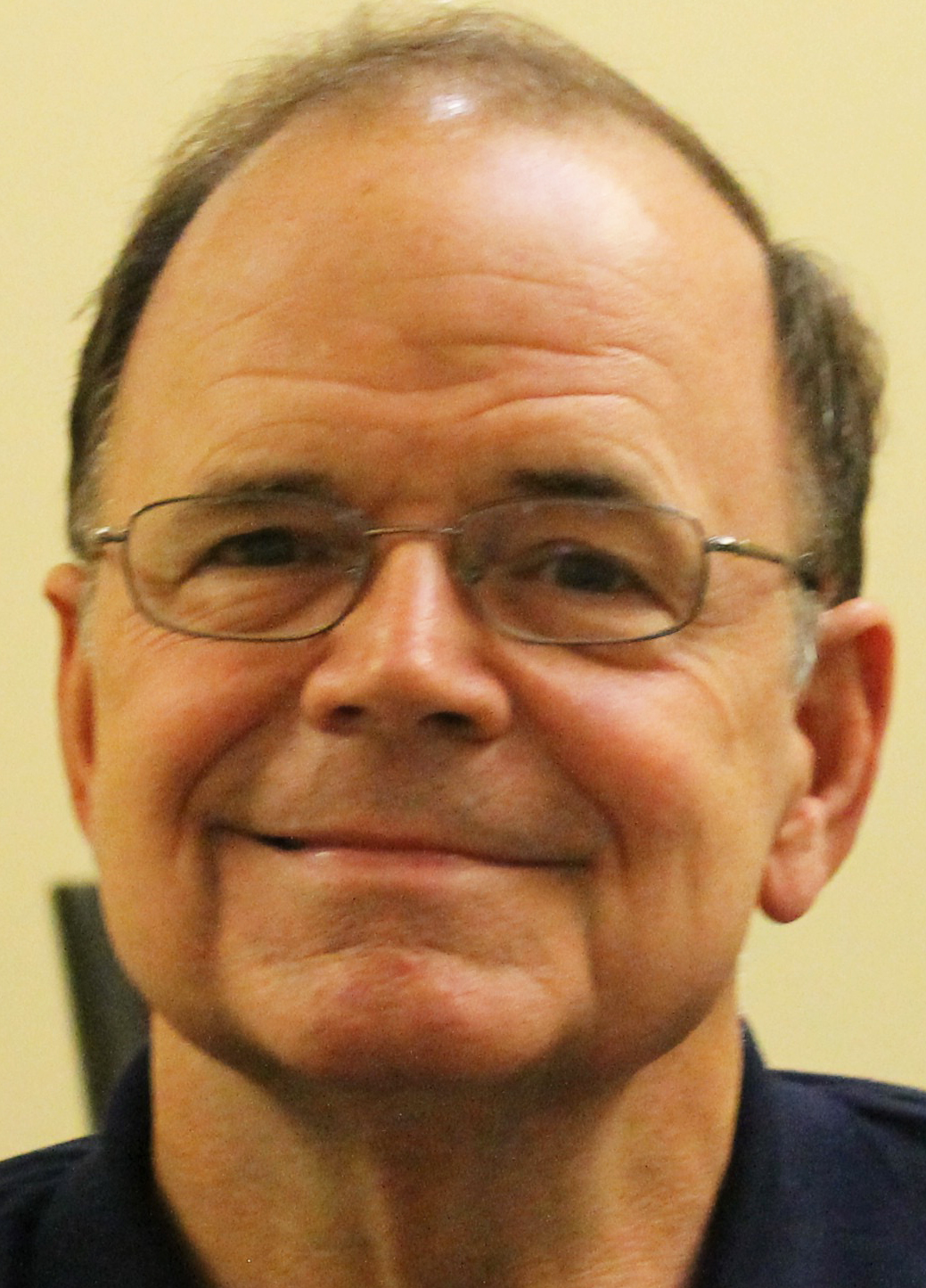 Larry ClineCo-director Larry Cline, minister for the Hardin Valley Church of Christ in Knoxville, Tenn., works with Barnes to organize Equip, which features nightly keynote speakers as well as dozens of breakout sessions on specific areas of evangelism and missions.

The event draws Christians from throughout Florida as well as nearby states — and beyond.

Moore, who has read 60 books on Islam and researched hundreds of Internet pages on the subject, brings both an expertise and a loving spirit to that conversation, Cline said.

“I’m glad that James is the one doing the class because he has a very sympathetic, compassionate heart,” said Cline, who formerly preached for the Holly Hill Church of Christ in Daytona Beach, Fla., for 18 years. 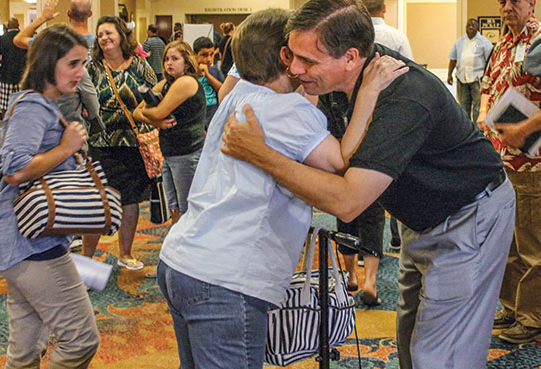 Christians can bash Islam and talk bad about Muslims, Moore told the church members who came to hear him.

But that’s not the best or wisest approach, said Moore, an Orange Avenue church member who serves as president of Mount Dora Christian Academy and Mount Dora Children’s Home, both northwest of Orlando.

“And we need to understand Islam,” he added, “so that we can more effectively share the Gospel with them. Muslims around the world are coming to Christ, and we have the hope in Jesus Christ and the assurance that they are looking for.”

Moore distributed handouts on “Sharing Your Faith With a Muslim,” “Considering Muslim Cultures and Customs” and “The Beliefs and Practices of Islam,” noting that he couldn’t cover all the intricacies in 45-minute presentations.

Among his ideas for sharing one’s Christian faith: Be a friend to a Muslim. Be considerate and humble. Be prayerful. Ask thought-provoking questions. Listen attentively. Don’t create unnecessary barriers. Don’t hesitate to quote the Bible. Reference the Quran, the Muslim holy book. Emphasize Jesus. 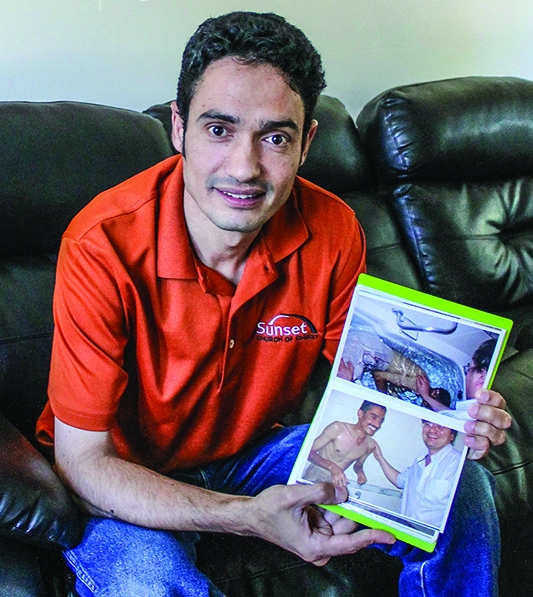 Former Muslim Wissam Al-Aethawi shows photos of his baptism in a hotel bathtub in Kurdistan in northern Iraq. Read “The long road from Baghdad,” our profile of Al-Aethawi. (PHOTO BY BOBBY ROSS JR.)Like Moore, Wissam Al-Aethawi, an Iraqi refugee and Church of Christ missionary to the heavily Arab population of Dearborn, Mich., cites a need for Christians to become more focused on sharing the Gospel with Muslims.

For that to happen, however, many Christians must change their attitudes about Muslims, said Al-Aethawi, a former Muslim who was not a part of the Equip Conference.

“People confuse religion with people,” Al-Aethawi said, differentiating between disputing Islam and failing to love Muslim neighbors. “Many Christians are not defined by God’s word but by pride and insecurity.”

As Moore sees it, Muslim fundamentalists such as al-Qaida and Islamic State terrorists represent a real, growing threat.

The U.S. government must act to thwart Islamic radicals’ effort to conquer and destroy America, he believes.

On the other hand, Muslims such as Moore’s friend Aktar — a 32-year-old Floridian with whom Moore gets together regularly for coffee and conversation — pose no risk, the minister said.

But it’s crucial, he added, that Christians become more educated and informed: “If I understand a little bit about what the person sitting across the desk or in the next chair from me believes … then I’m better equipped to share the Gospel with them.”

After what happened in Orlando, it’s a cause he’s even more passionate about. 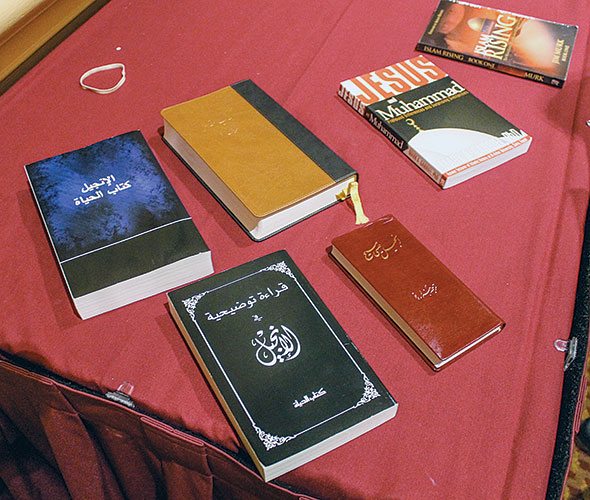 Bibles in Arabic and Farsi, like those distributed by Eastern European Mission, and books on Islam are seen on a table at the Equip Conference. (PHOTO BY BOBBY ROSS JR.)