‘Do not let your spiritual life go while you’re helping other people in the name of Jesus,’ a Houston minister urges his congregation.

HOUSTON — This one was personal.

When I traveled to New Orleans and the Mississippi Gulf Coast to cover Hurricane Katrina in 2005, the churches I visited were new to me.

The resilient Christians who survived Katrina became special to me. However, I didn’t know them before the storm. 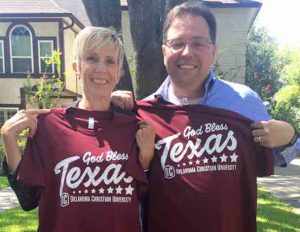 This one was personal.

David Duncan, minister for the Memorial Church of Christ in Houston, is one of my best friends. We attended Oklahoma Christian University together in the 1980s. But we didn’t really become close until 1999 when we roomed together on a mission trip to Vitoria, Brazil, where David and his wife, Barbara, had spent a decade as full-time missionaries.

When I baptized my oldest son Brady, then 8 years old, on a Saturday night in September 2001, David was there. Three days later, when terrorists crashed airplanes into the World Trade Center and the Pentagon, David was one of the first people I called. 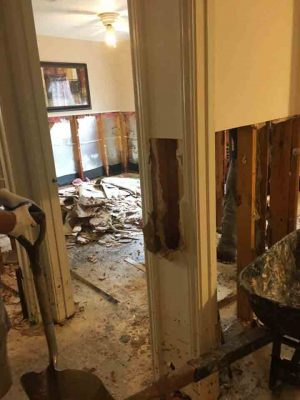 A Houston-area home that flooded during Hurricane Katrina. (PHOTO BY DAVID DUNCAN)

During baseball season, David and I trade barbs back and forth — mainly via text messages — about my Rangers and his Astros. This season, he has enjoyed those exchanges a little more than I have. Check the American League West standings to understand why.

Even as floodwaters brought by Harvey rose and the disaster in America’s fourth-largest city became more worrisome, I felt comfortable joking with David.

“This is getting really serious,” I texted on Aug. 27, the Sunday after Harvey made landfall. “I’m starting to fear that we may all have to be Astros fans this October.”

“Not yet but about to get rough for many,” he replied. A voluntary evacuation was under way only a mile from his house.

“Yikes!” I said. “Will keep praying. Need anything?”

I laughed. And prayed.

Later, I texted him again: “If you build an ark, please wait for me to get there to take pictures of it.”

As I headed to Houston and other parts of Texas to report on the Harvey relief effort, I visited eight Churches of Christ — some of them separated by hundreds of miles — over three days. 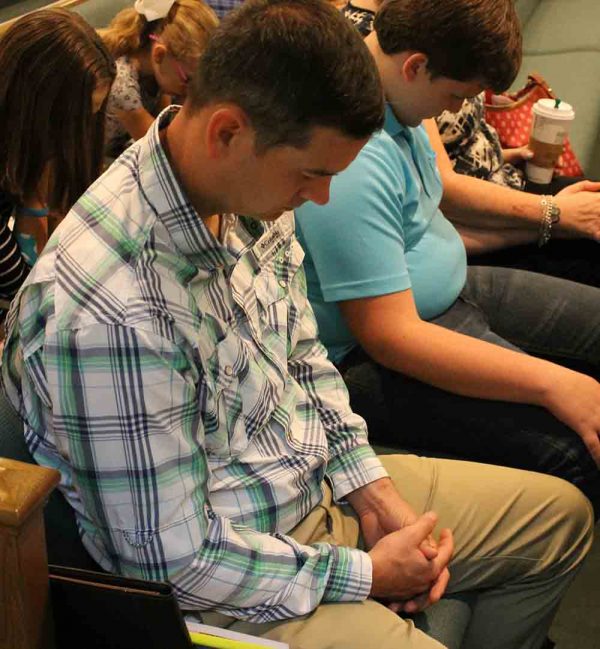 Youth and family minister Mike Avery bows in prayer at the Memorial Church of Christ in Houston. (PHOTO BY BOBBY ROSS JR.)

Yes, one of those churches was the one where David preaches. It’s a congregation where I have many beloved friends — too many to name — and always feel at home.

After seeing so much destruction and hearing so many harrowing accounts of survival and loss, my soul craved a hopeful message from God’s word.

My friend did not disappoint me. 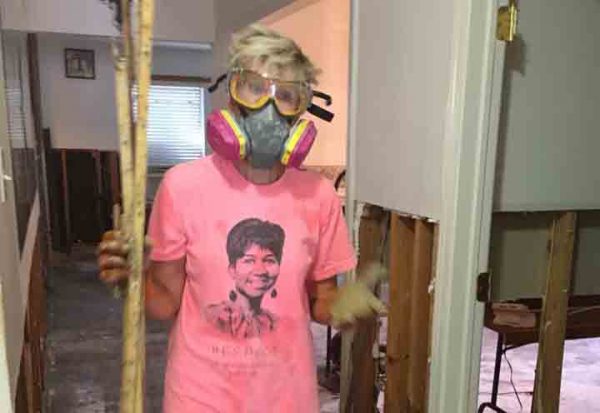 After Hurricane Harvey, Barbara Duncan, wife of minister David Duncan, works with a volunteer crew from the Memorial Church of Christ in Houston to clean out a flooded home. (PHOTO BY DAVID DUNCAN)

“This morning I’m looking out at a crowd of heroes and a crowd of victims,” David said at Memorial’s first Sunday service after Harvey, recalling how some church members took boats to rescue trapped victims and how others joined volunteer crews focused on cleanup and recovery.

“If you are a victim, it’s because your house was flooded, and you didn’t have a chance to be a hero,” he added.

The homes of 30 Memorial families were “flooded out,” according to church leaders. 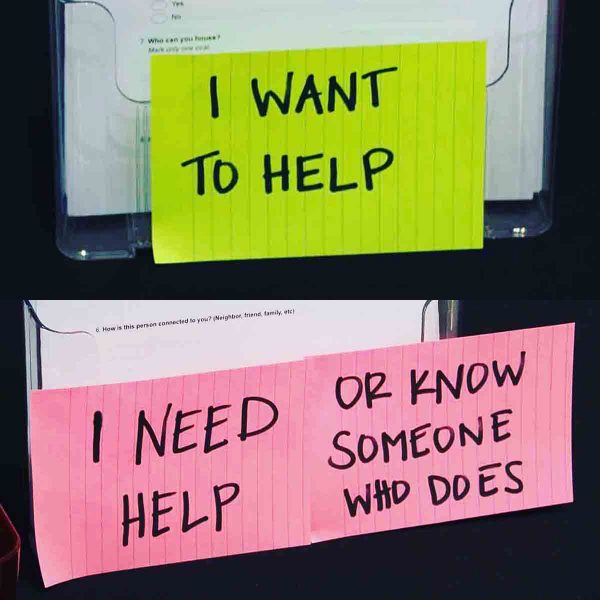 Signs at the Memorial Church of Christ in Houston after Hurricane Harvey. (PHOTO BY BOBBY ROSS JR.)

On this Lord’s Day, church members arriving for worship passed a table in the lobby with two signs.

“I want to help,” said the sign at one end of the table.

“I need help or know someone who does,” said the sign at the other end of the table.

In his sermon, David offered a message of hope both for the heroes and the victims. 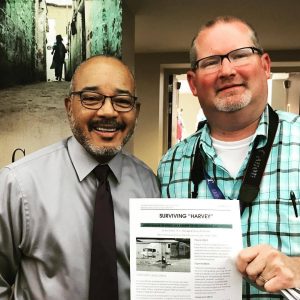 Alan Martin, marriage and family minister for the Memorial Church of Christ in Houston, with Bobby Ross Jr., chief correspondent for The Christian Chronicle.

He read from Lamentations 3:22-23: “Because of the Lord’s great love we are not consumed, for his compassions never fail. They are new every morning; great is your faithfulness.”

“Our hope is in God, even in the worst storm, and will not go away,” David told the congregation.

But he acknowledged, “It is not easy to be patient when there is water in your house, there is no bread in the store, and you’re at your 17th gas station.” (Some Texas gas stations temporarily ran out of fuel after Harvey.)

Recovery will be a long process, but Christians must take time for rest, family time and spiritual renewal, the minister said.

“Do not let your spiritual life go while you’re helping other people in the name of Jesus,” he warned.

Before I rushed to another Houston church that Sunday, I reminded my friend — who had worked almost constantly since the rain stopped falling — of his own words.

He will need them.