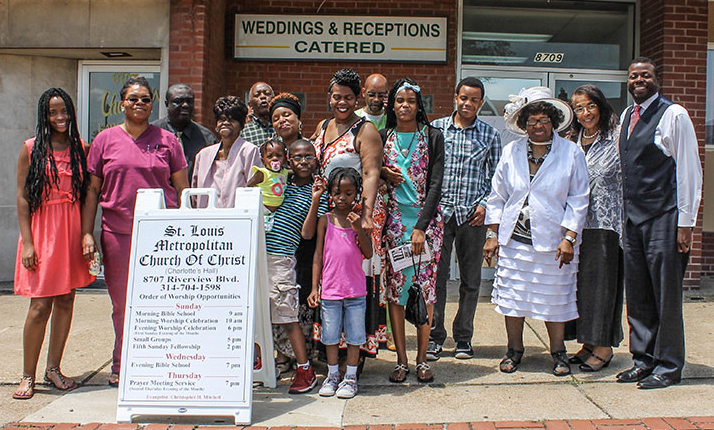 Missouri congregation that ‘lost everything’ keeps letting its light shine as it seeks God's guidance — and funding.

ST. LOUIS — A fire destroyed the leased storefront where the St. Louis Metropolitan Church of Christ met for more than a decade.

But amid the charred debris, an imprint of a cross remained on a wall — a symbol of hope. 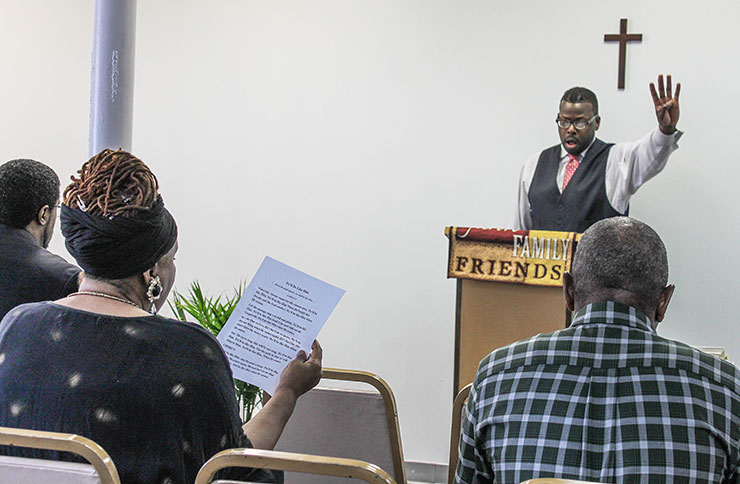 Minister Christopher Mitchell preaches on “The Transformative Truth of Trouble” on a recent Sunday, with his text from Romans 8:28-29. (PHOTO BY BOBBY ROSS JR.)“God let us know he’s still in control,” member Tywana Thomas said.

The church — which has 23 people on its roll — has clung to that assurance since the Jan. 27 fire. The blaze ignited when the building’s owner fell asleep while cooking.

“I’m still grieving,” member Angelina Petty said. “We lost everything. We didn’t lose our faith, but we lost every physical thing.”

Leaders of other St. Louis-area Churches of Christ “have really done a wonderful job … to help get us on our feet,” said Mitchell, a graduate of Southwestern Christian College in Terrell, Texas. “It’s still a struggle, but not as difficult as it was. We’re getting better.” 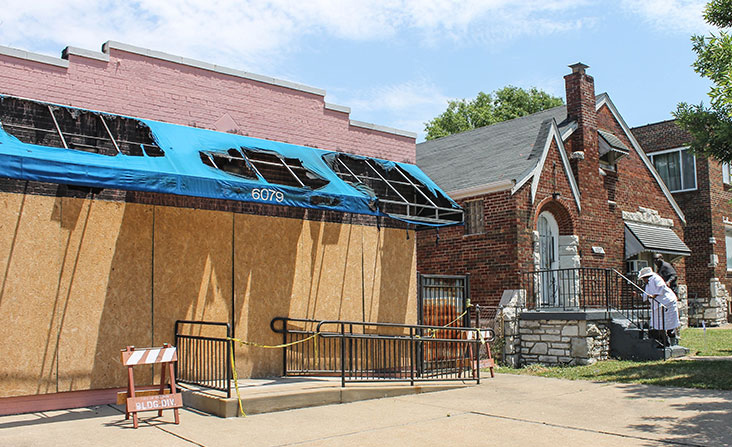 Nearly six months after the fire, the church meets temporarily in a wedding banquet hall between a corner grocery and a barber and beauty shop. 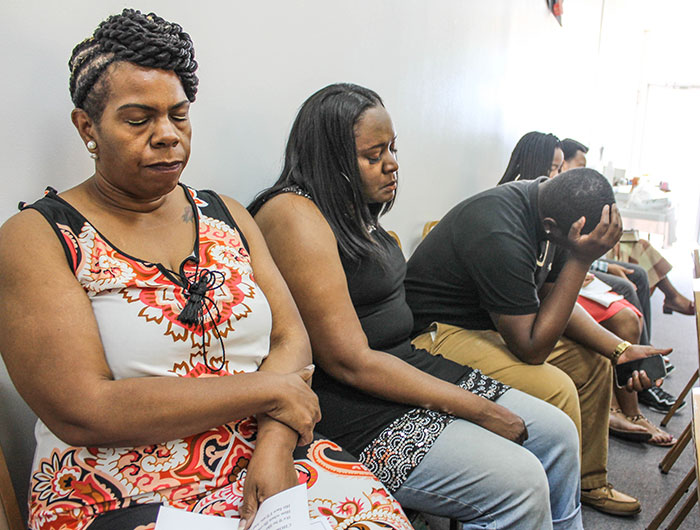 Church members pray during a recent Sunday morning assembly. (PHOTO BY BOBBY ROSS JR.)Leaders pray for God’s guidance in developing a permanent vision — and funding — for sharing Jesus with their inner-city community.

The St. Louis-area Florissant Church of Christ provided the initial funding for the urban church plant, which launched in 2003.

“The success at this juncture lies in the realm of God being with us,” Mitchell said, “and holding together that nucleus of people who are dedicated and called to … the work in St. Louis, which is so desperately needed at this time.”
HOW TO HELP
For more information, contact minister Christopher Mitchell at (314) 704-1598.