“I see the beautiful, budding trees, and it reminds me of spring coming on,” said Murcer, a member of the Memorial Road Church of Christ in this Oklahoma City suburb.

In the past, the 60-year-old Yankees broadcaster and five-time All-Star said, he might have missed the bright blue sky on a sunny afternoon.

But not anymore — not since doctors diagnosed him four months ago with brain cancer.

Murcer said the diagnosis, delivered on Christmas Eve, came as a “total shock” to him and his wife, Kay. After months of headaches and fatigue, the Oklahoma City native had gone to the hospital for an MRI that Sunday morning.

Then Bobby and Kay, his bride of 40 years, sang and praised God at the Memorial Road church.

Kay grew up in the Church of Christ. Through her influence, Bobby was baptized in 1967.

Just before lunch that Sunday, the doctor called Murcer on his cell phone.

“He said, ‘Well, we got your MRI results back, and you have a brain tumor,’” said Murcer, whose playing career ended in 1983. 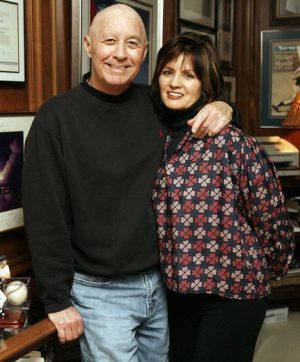 Murcer needed surgery to remove a tumor slightly larger than a golf ball. That Tuesday — the day after Christmas — he and Kay headed to M.D. Anderson Cancer Center in Houston.

There, they met a surgeon named Dr. Jeffrey Weinberg. A Yankees fan trained at New York University Medical Center, Weinberg impressed the Murcers with his medical knowledge and mannerisms.

But Bobby had a special request.

“Got a glove and a ball?” Murcer asked with a grin. “I want to go out and play catch with you and see just how good your coordination is.”

Murcer learned that he had the worst type of brain tumor imaginable — one that typically reduces life expectancy to about 14 months.

However, the center fielder brave enough to follow in the footsteps of Joe DiMaggio and Mickey Mantle refused to accept those odds.

“I looked at him,” Murcer said of the surgeon, “and I said, ‘Well, you know, there is an exception, and I’m going to be the exception to that deal.’”

‘Be strong and courageous’

The night before his Dec. 28 surgery, Murcer and his family read a passage from Deuteronomy 31 that his brother-in-law Dwaine Rhodes said had helped him through trials and tribulations.

Verse 6 reads: “Be strong and courageous. Do not be afraid or terrified because of them, for the Lord your God goes with you; he will never leave you nor forsake you.”

“We took that, and we read that every day because it gives us great strength,” Murcer said. “We know God will never forsake us.”

In the months since surgery, Murcer has undergone chemotherapy and radiation and begun a clinical trial vaccine aimed at keeping his cancer from recurring. A recent MRI found the cancer had not spread since the surgery.

“My faith believes that God has healed me already,” Murcer said. “I can’t imagine any other thing because I just think that’s what his promise is for me.” 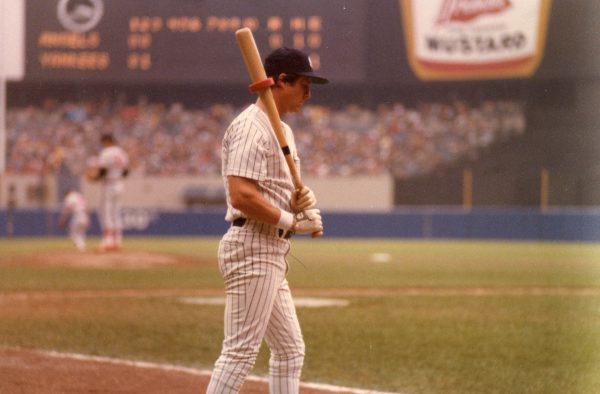 Bobby Murcer on deck at Yankee Stadium in 1979.

Murcer said he has received countless cards, e-mails and phone calls of support — from friends, church members, Yankees players and even fans of the archrival Boston Red Sox.

President George W. Bush sent a letter telling Murcer he was thinking about him and praying for him.

“I can’t tell you how many prayers have been offered up on my behalf. I’ve been overwhelmed.”

“I can’t tell you how many prayers have been offered up on my behalf,” Murcer said. “I’ve been overwhelmed.”

He hopes to return to the broadcast booth when the Yankees visit the Texas Rangers in early May. But he made a quick trip to New York for Opening Day and appeared on the telecast in the third inning.

When Murcer was shown on the big video board, the crowd of 55,035 gave him a huge ovation and chanted, “Bobby Murcer! Bobby Murcer!”

“I think it was like a booster shot for Bobby — the Big Apple antidote for whatever winter blahs remained,” Kay Murcer wrote in a recent e-mail.

In his hometown, the Triple-A Oklahoma RedHawks dedicated Opening Night to Murcer and offered commemorative baseballs with his picture on them to the first 2,500 fans through the gate.

Besides teaching him to take life one day at a time, Murcer said, his cancer ordeal has strengthened his faith.

“I think God tests us with our faith, and sometimes, he has to get our attention to bring us back on the railroad tracks,” he said.“Everybody thinks they’re in charge of their own life, and I’ve come to find out that I’m not really in charge of my own life. 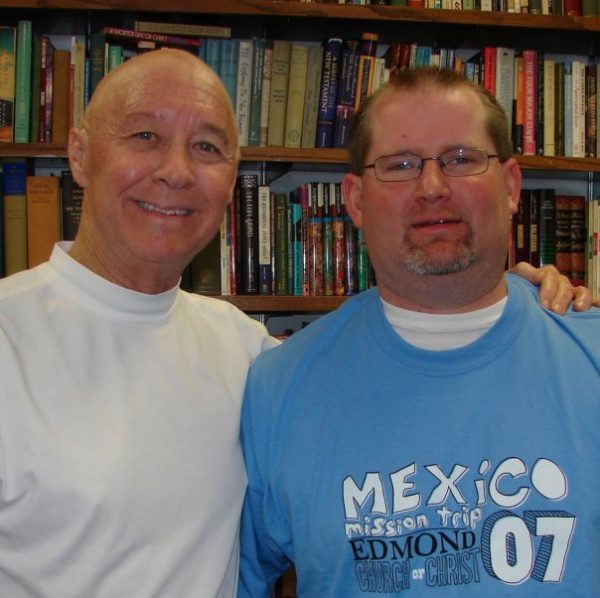