God ‘takes the rubble and ashes in our lives and creates something beautiful,’ one member says. 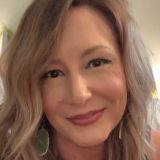 TULSA, Okla. — If not for the faint smell of charred rubble as the Sunday morning breeze kicked up, a visitor wouldn’t know flames ripped through the nearby church building just days before.

“How good it is to have you visiting us again!” an elderly woman with a wide smile said as she rushed to hug and dote on a young family. 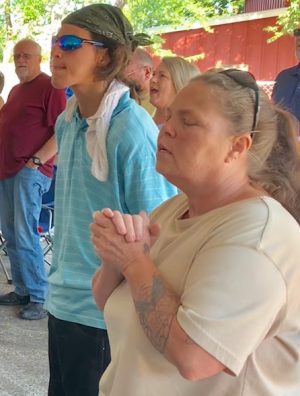 Church members worshipped in the parking lot just days after a fire destroyed their building.

No one would know by the sounds of laughter coming from the temporary tent erected in the parking lot, the children’s chalk drawings of rainbows on the pavement or the voices raised in hymns of hope.

Into the darkness you shine

Out of the ashes we rise

A Wednesday morning fire destroyed much of the Memorial Drive Church of Christ’s 50,000-square foot building, but members are determined to channel one of life’s unknowns into intentional service.

They are determined to count it all joy for the Lord.

“If there were a group of people I was going to walk into an unknown with, this would be it, these people right here,” said Heather Thornton, wife of minister Jason Thornton. “These aren’t people who walk away. They know God tells bigger stories than tragedy does.”

For the first time since the blaze, the congregation gathered for an early service to beat the summer heat. With a large tent, industrial-sized fans and faithful spirits, they kept on doing as they have every Sunday morning for decades.

Out of the Ashes WE RISE!

Posted by Memorial Drive Church of Christ on Sunday, July 28, 2019

They greeted each other with happy hearts. They praised God.

And this time, their community joined hands with them.

People who live in the surrounding neighborhood were in attendance, as were those who have benefited from the church’s various outreach ministries. Christians from other Tulsa congregations also filled the tent. 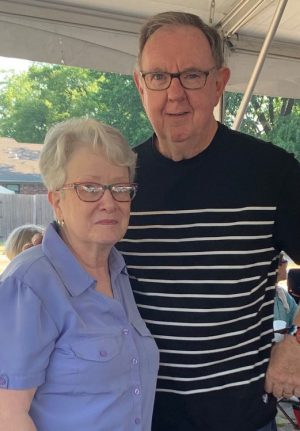 “I have no idea who some of these people are this morning,” retired minister Terry Rush said about the crowd of several hundred gathered for coffee, doughnuts and conversation ahead of worship. “They want to be here to support us, and it’s beautiful.”

Most all Churches of Christ in the Tulsa area have offered support and prayers as well as boots on the ground for the cleanup effort, Heather Thompson said. But the outpouring of love and encouragement has not been limited to the congregation’s own fellowship: Nearby Methodist, Baptist and Christian churches — to name a few — have volunteered their buildings for use.

“You don’t have to believe alike to love alike,” Evan Taylor from Tulsa Metropolitan Ministries said as he took the stage and offered the now-empty East Side Christian Church to serve as a Church of Christ meeting space while recovery takes place.

Steve Heinen, an elder at Memorial Drive, said the compassionate response has brought him back to what he experienced after the tragic death of his father about 10 years ago.

“If there were a group of people I was going to walk into an unknown with, this would be it, these people right here”

“It was the worst day and best day of my life at the same time,” Heinen said. “The outpouring of love and support from friends just blew my mind. You don’t forget that sort of thing. You don’t forget how much love people show.”

Of course, the congregation is widely known for its role for many years with the Tulsa Workshop (formerly the International Soul-Winning Workshop), which at its peak brought together 12,000 to 15,000 believers from Churches of Christ across the U.S. and around the globe. As attendance kept declining, the event came to an end in 2017 after a 40-year run. 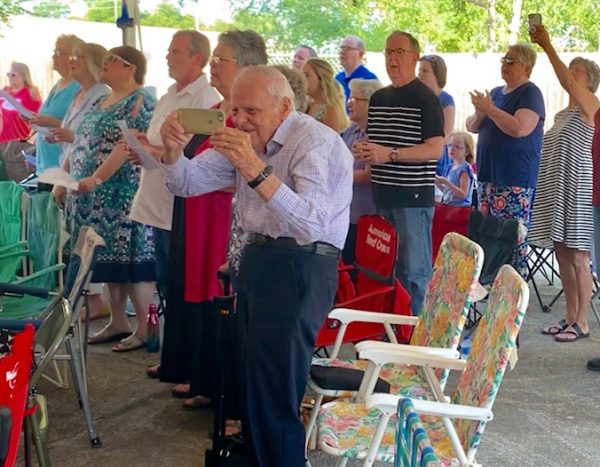 A member of the Memorial Drive church takes photos during the service.

Among its ministries, the Memorial Drive church operates a large food pantry and a clothing room. It hosts marriage classes and an outreach for children with special needs. It also is a meeting spot three times a week for a chapter of Alcoholics Anonymous. This past week, a reception was scheduled for the church to recognize new cadets with the Tulsa Police Department.

It’s not a building only for members; it’s a place for everyone, Lisa Combs said. Or at least it was. 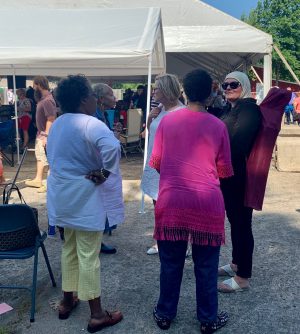 Members of the Memorial Drive Church of Christ gather for Sunday service outside following a fire.

“So many have been touched by our ministries,” Combs said. “That’s the biggest concern, not what the church is going to do without a building, but how are we going to continue to serve people? And we will.”

You make beautiful things out of dust

You make beautiful things out of us.

Minister Jason Thornton says the church’s calendar of events, classes and community service are going forward “full-steam ahead” while waiting for insurance assessments so leaders can develop a long-term plan.

But it’s oftentimes in the wait that the Lord reveals his greatest blessings, member Gigi Stewart said. Stewart’s husband, Brett, was the first on scene early that day as flames shot toward the sky and more than 60 firefighters responded.

“That’s the biggest concern, not what the church is going to do without a building, but how are we going to continue to serve people?”

“I couldn’t believe this was the building we spent so many years in,” he said.

The Stewarts know too well how fire can leave feelings of despair and grief. Their home burned a few years ago, and on Sunday, they cautioned their church family that waiting for what comes next is painful.

But it can be therapeutic, too, they said.

“Without that wait, without that pause, I wouldn’t have had a front-row seat to a larger-than-life visual to what God’s redemption looks like,” Gigi Stewart said. “He takes the rubble and ashes in our lives and creates something beautiful. Embrace the pause, and wait on him to do his good work.” 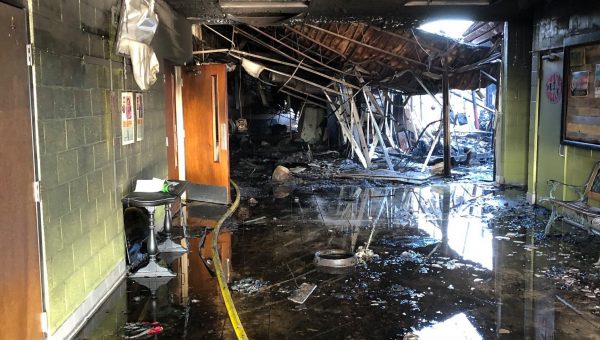 Inside the Memorial Drive church building following the fire.

With the future still unmapped, Rush, who retired from the pulpit in 2017 after 40 years at Memorial Drive, said he’s looking forward to what comes from the challenges.

“This is where Christians rise,” Rush said. “In a way, we needed this to happen. It’s going like lightning through all of us. I’m excited, not for the destruction, of course, but because it is showing what faith the people have. They are still certain God is the one able to deliver.” 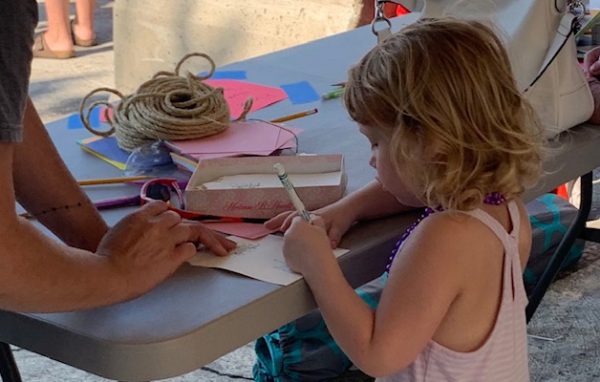 The children who were at the service drew cards to take to the firefighters who worked to put out the fire.

God is not afraid of fire, Jason Thornton preached.

“This vicious, destructive force that we experience only as pain, he uses it in so many ways,” Thornton said. “The things that scare us do not scare God. So do you trust him? Do you trust that he loves you?”

So far, you could say they are making good use of the wait, showcasing God’s love even through their own heartbreak. 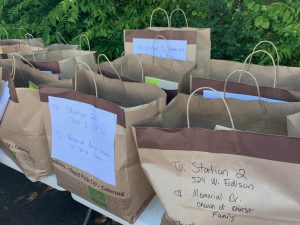 Bags were filled with goodies for the firefighters that worked to extinguish the fire.

Members have made it a priority to extend gratitude to firefighters and first responders who spent nearly all day fighting flames and monitoring hotspots, ensuring no more loss than necessary. Members took the weekend to cook and bake for each of those emergency groups.

They brought their homemade goodness to the Sunday assembly, where tables were organized with dozens of grocery sacks to be delivered to each fire station after the service. Children from the congregation also drew hundreds of thank-you cards for their community heroes.

“It’s going like lightning through all of us. I’m excited, not for the destruction, of course, but because it is showing what faith the people have.”

The deliberate choice of songs for Sunday’s service and the overall tone set by the leadership showed the healing already has begun.

“May we be fueled by the energy of a spirit he placed not in this building but in each one of us,” Heather Thornton said.

With voices lifted in praise, there is strength in faith. 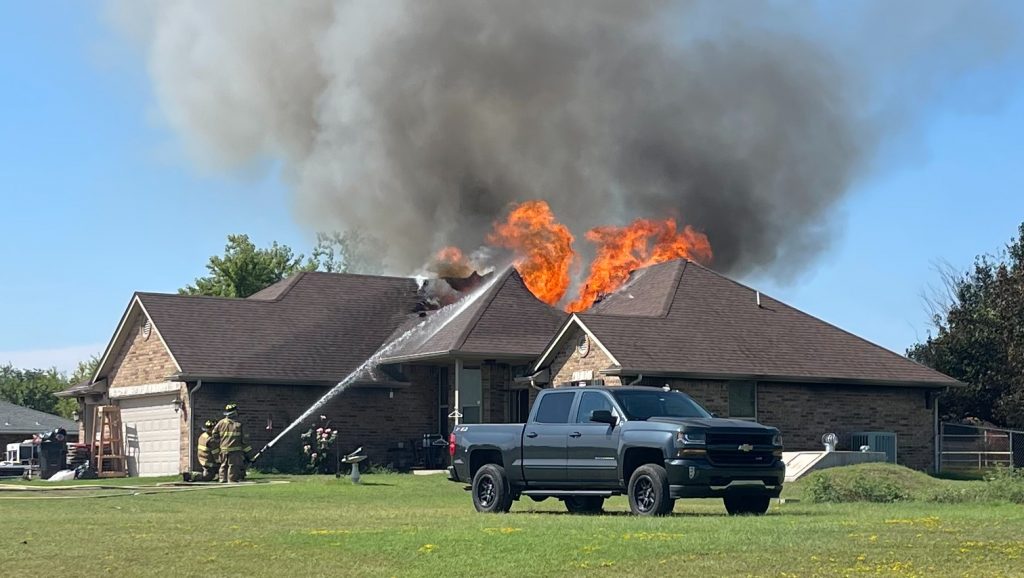 Worship services for the McLoud Church of Christ in Oklahoma…