Alumnus Phil Schubert is named to succeed Royce Money as president of the 4,800- student Christian university.

Bobby Ross Jr.
Even as a boy, Phil Schubert bled purple.
His late father, Joe Schubert, longtime minister of the Bammel Church of Christ in Houston, attended Abilene Christian University. So did his mother, Kathy Schubert, who lives in Dallas, and his older brothers, David and Kelley.
Therefore, it came as no surprise when Phil Schubert showed up on the West Texas campus two decades ago.
But did the 1991 accounting graduate expect that he’d someday lead his alma mater?
Not really, he said.
“At some point, I might have had a fleeting thought of it,” Schubert acknowledged in a telephone interview with The Christian Chronicle.
Trustees announced Feb. 12 that the 40-year-old alumnus will succeed Royce Money as president of the 4,800-student university, which is associated with Churches of Christ.
“Dr. Schubert is an individual in whom the university and this board have tremendous confidence,” ACU trustees Sharron Drury and Jim Porter, who co-chair the presidential transition team, said in a statement.
“The fact that someone of Dr. Schubert’s caliber will now lead this 104-year-old institution bodes well for ACU’s future. We are excited about the energy and enthusiasm he brings to this new role.”
Schubert, ACU’s executive vice president since 2007, was one of two finalists for the presidency, along with Richard S. Lytle, dean of ACU’s College of Business Administration. Schubert will assume the presidency June 1.
“This is a place that I love and am passionate about,” Schubert said. “The gravity of leading ACU forward is tremendous. It’s an incredible honor and daunting at the same time. … God is opening doors for us on many different fronts.”
Money, who has served as president for 19 years, announced last year that he would step down at the end of this academic year. He will remain at ACU in a new role as chancellor.
“I have great confidence in Phil’s ability to lead ACU in the future,” Money said. “I will assist him in whatever way he sees fit. I believe that ACU’s best days are ahead.”
•
PHIL SCHUBERT
FAMILY: Married to wife Jamie for 17 years. Three children: Sydnie, 13; Mason, 11; and Ella, 3.
CHURCH: Member of Southern Hills church in Abilene since 2009. From 1993-2009, attended Highland church in Abilene, serving as budget committee chairman, high school huddle leader and eighth-grade boys Bible class teacher.
EDUCATION: Doctorate in higher education management from University of Pennsylvania, 2009. Master’s degree in business administration from Duke University, 2006. Bachelor’s degree in accounting from Abilene Christian University, 1991.
EXPERIENCE AT ACU: Executive vice president, 2007-2010. Vice president for finance and administration, 2001-2007. Chief financial officer, 1998-2001. Director of financial operations, 1997-1998. Director of student financial services, 1995-1997. Assistant to vice president for finance, 1993-1995. Development officer, 1993. 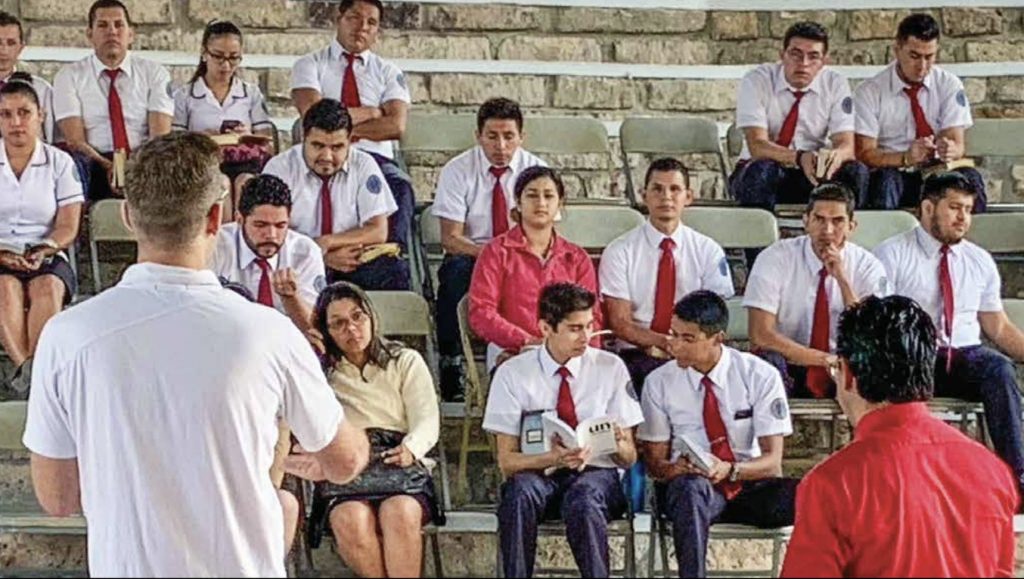