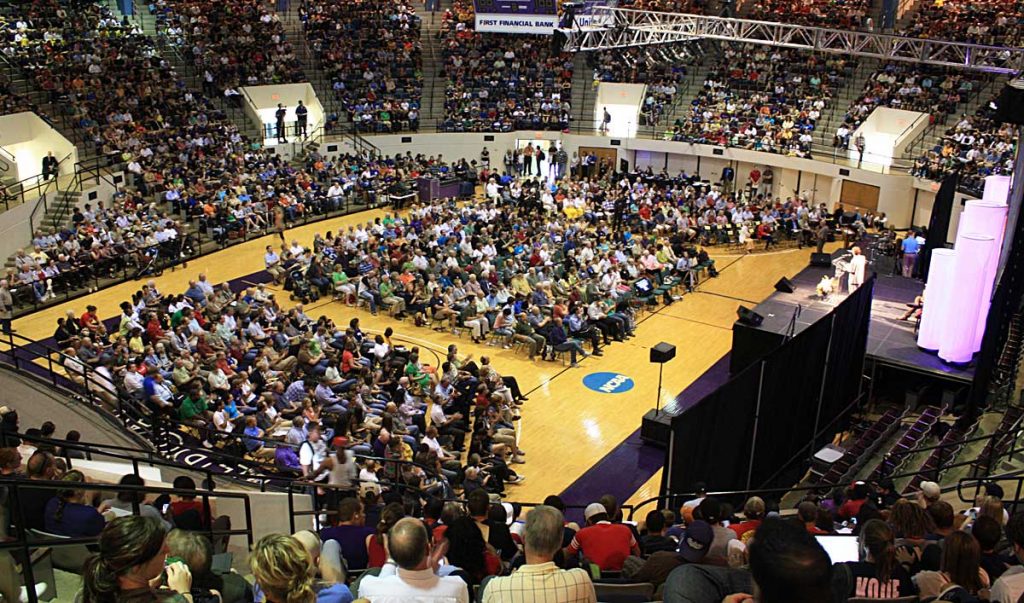 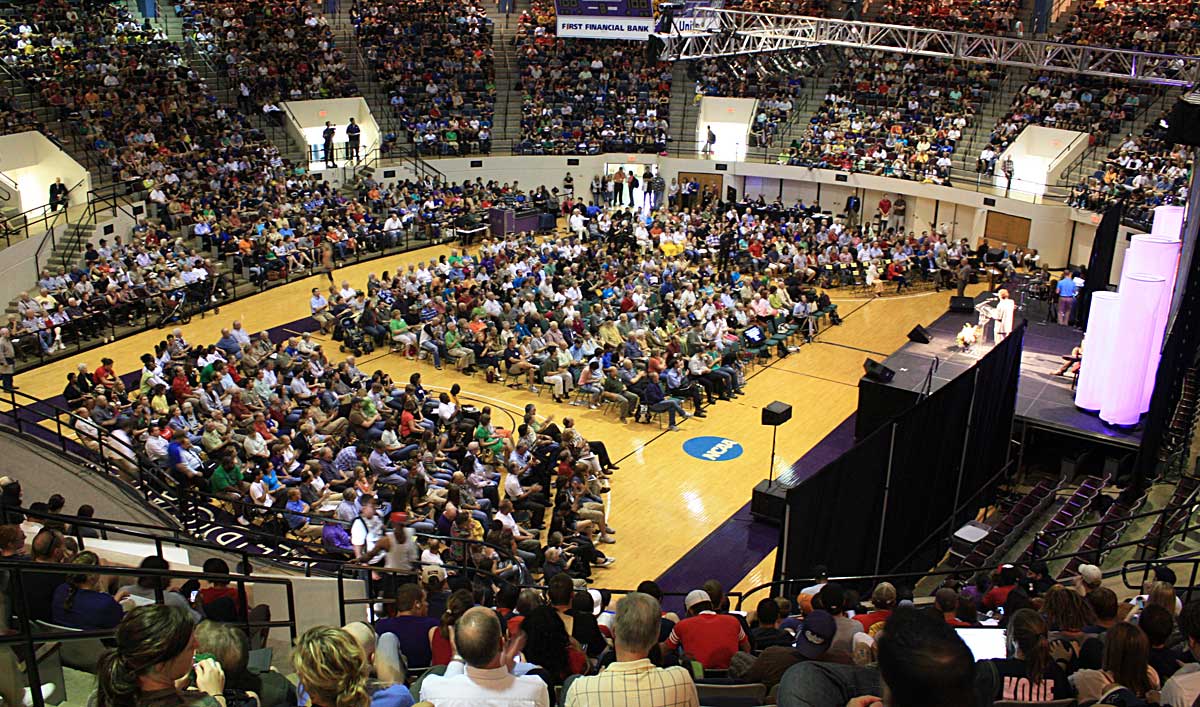 ACU students and visitors for the 2010 Summitt listen to Reg Cox in Moody Coliseum. (Photo by Erik Tryggestad)

Christians and Muslims can — and should — learn about one another, a Christian and a Muslim scholar said Tuesday at Abilene Christian University’s yearly Summit.
And they can do so without “jumping ship,” said Lynn Mitchell, a Christian minister who teaches at the University of Houston, as does professor Ibrahim Sumer, a Muslim.
In point of fact, mutual knowledge about what the faiths think and believe is necessary just to live in 2010, Mitchell said, adding that the two men have learned much from their own dialogues.
But the frustrating thing is that there are few people who will take such opportunities, said Mitchell, who said he has been involved in Muslim-Christian dialogue for 30 years.
Misinformation, especially from Internet sources, can create significant barriers, he said, with many Americans seeing images of terrorist groups and the aftermath of their efforts and assuming they represent all Muslims.