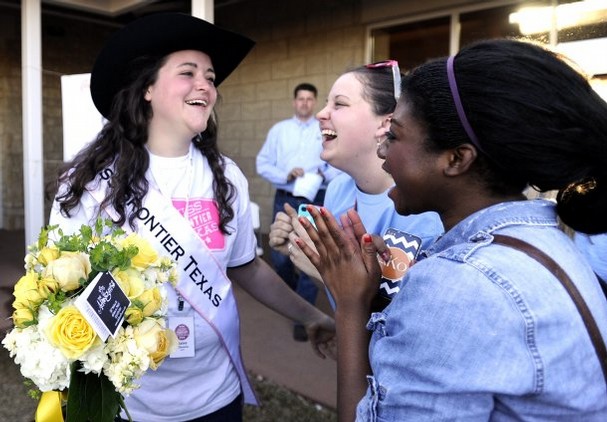 The winner of the inaugural Miss Frontier Texas scholarship competition almost didn’t enter.
Haley Wilkerson, an Abilene Christian University sophomore from Bonham, was still healing from physical and emotional wounds as a survivor of the November bus crash that claimed the life of her good friend and fellow ACU student Anabel Reid.
Wilkerson said her friends and family had to push her to throw her cowgirl hat into the ring.
Wilkerson said she didn’t want to enter the contest because she hadn’t been cleared by her doctors to ride horses, and she thought the competition would likely include such an activity.