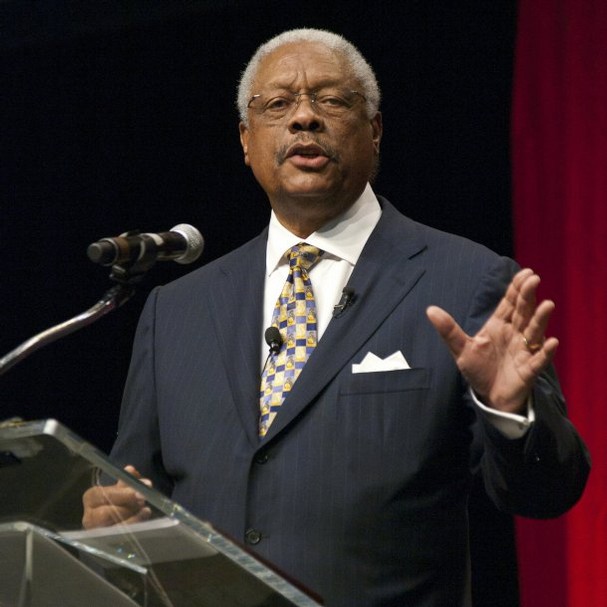 Billy Curl, the first African-American undergraduate student to register at ACU in the fall of 1962, speaks at the school’s 2011 Summit event. Curl, minister of the Crenshaw Church of Christ in Los Angeles, is now a member of ACU’s board of trustees. (Photo by Steve Butman, Abilene Christian University, via www.reporternews.com)

The irony wasn’t lost on Grant Boone.
On the Monday that marked the 50th anniversary of the end of Abilene Christian College’s 56 years of segregation, African-American faculty member Jerry Taylor was cheered by audience members after a chapel speech that touched on reconciliation between races.
“ACU is a dramatically different place in February 2012 than it was in February 1962 in a million different ways,” Boone said, “but none of those ways are more significant, in my opinion, than that people of all races are allowed to attend here.”