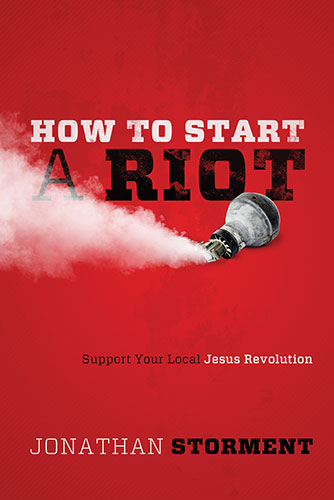 The Bible shows a disruptive church, says Jonathan Storment in 'How to Start a Riot: Support Your Local Jesus Revolution.'
Michael Whitworth
The Restoration Movement calls followers of Jesus back to the Bible. In Churches of Christ, we place a premium on the importance of God’s Word — all of it.

The book of Acts has played an especially formative role in our fellowship since it contains so many conversion narratives and examples of how the early Christians practiced their faith.
In his first book, “How to Start a Riot: Support Your Local Jesus Revolution

,” Jonathan Storment, preaching minister for the Highland Church of Christ in Abilene, Texas, seeks to help shed new light on Acts. He does not believe that our traditional way of reading Acts is invalid — just incomplete.
In his words, Acts is “a book trying to wake Jesus followers up to the implications of following Jesus.” 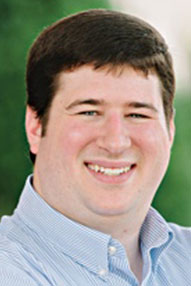 In Print | Michael Whitworth
He later adds, “In the religious tribe that I belong to, we have tended to read the book of Acts as if it could be broken down into a series of steps or a law code of some kind, all the while forgetting the most basic message Acts is telling.”
There are three themes in Acts that Storment traces. First, the implications of Jesus’ resurrection dominate the story of Acts more than we may have previously realized.
In Storment’s view, “resurrection has been misrepresented as a doctrine that promotes indifference.” It’s certainly true that hope in the afterlife can cause some to not care much about this life. Instead of indifference, Storment argues that the resurrection should make the church bolder, inspiring us to take greater risks.
“Jesus said to go into all the world,” he writes. “He never said anything about coming back.”
Second, Jesus’ ascension is, in Storment’s estimation, one of the most neglected events in Scripture. Like the resurrection, the implications are striking. He mentions how the ascension was a direct challenge to the authority and lordship of Caesar.

Jonathan Storment. How to Start a Riot: Support Your Local Jesus Revolution. Abilene, Texas: Leafwood Publishers, 2014. 192 pages. $14.99.
By preaching a risen, ascended Christ, the early church stood against the politics of their day. Though they were willing to render to Caesar what was Caesar’s, they nonetheless denied him the one thing he wanted most — worship.
Finally, Storment weaves an argument throughout this book that the church today has become much more domesticated and tranquil than our first-century counterpart. Indeed, the title of the book echoes the reality that Paul and others caused quite a disturbance wherever they went with the Gospel. In a world where the church is increasingly expected (even commanded) not to rock the boat, Acts serves as a manifesto for the church to turn the world upside down.
Overall, I appreciated Storment’s message. It is human nature to grow comfortable with our paradigms and patterns. Occasionally, however, we need to re-read Scripture so that God can correct our blind spots.
Storment observes the undercurrent of racial and socioeconomic reconciliation running through Acts — areas in which the church has struggled throughout her history.
The church is depicted in Acts as a community in which we learn to love those most different from us. If I’m honest, I much prefer going to church with people just like me.
While there is much to like in this book, some readers may not understand or appreciate Storment’s many pop culture references or deadpan humor. There are also doctrinal viewpoints expressed in the book that I did not agree with, but none are essential to the book’s main message.
The Churches of Christ are right to point to Acts as a source of patterns of conversion and church life. But the apostles’ memoirs have other lessons, too.

MICHAEL WHITWORTH preaches for the Carter Lake Road Church of Christ in Bowie, Texas. He is the author of several books, including “The Epic of God,” a first-place winner in the 2014 Christian Small Publishers Association awards, and “The Derision of Heaven.”