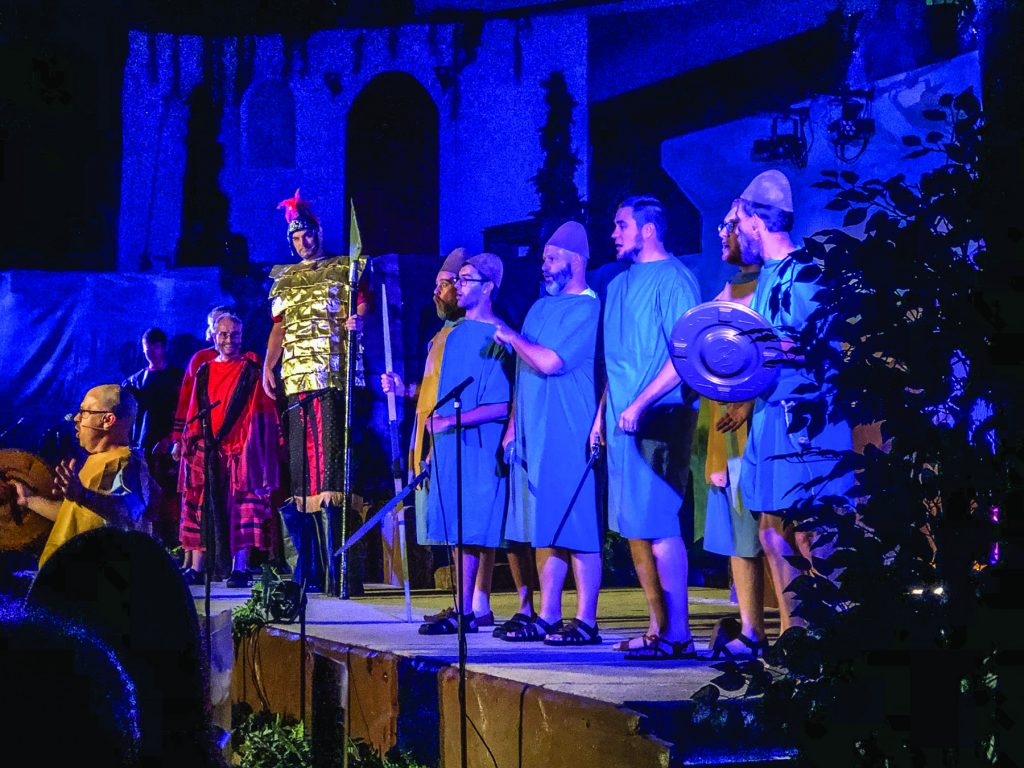 At many Churches of Christ, Vacation Bible School is a summer tradition.

“We had the largest crowd in the history of our 100-year-old congregation,” said Mark Reynolds, a deacon of the Hartselle Church of Christ in Alabama.

The record attendance in Hartselle: 157.

In the above photo, David’s brothers debate who will fight Goliath during a VBS skit performed by the Edmond Church of Christ in Oklahoma. Below, see more pictures from across the U.S.

Hawaii churches collect toys for hospitalized children: The Pearl Harbor Church of Christ and the Honolulu Church of Christ teamed up to help the Laura’s Wish Foundation present new toys to the Kapiolani children’s hospital.

Laura's Wish toys for kids at Kapiolani Medical Center with our Church Ohana and friends.

At age 9 in 2017, Laura Jones of the Tusculum Church of Christ in Nashville was diagnosed with a rare form of cancer.

“What I want to do with ‘Laura’s Wish’ is to make a way for kids to get toys when they are in the hospital,” she wrote on her website. “Please help me show other kids how much they are loved. God is good. God is love. It is good to be loved!”

HUNTINGDON — Each Wednesday night, about 75 children ride buses to a meal and Bible study at the Huntingdon Church of Christ.

Church leaders want to bridge the divide between those students — many poor and unchurched — and longtime members.

“As a whole, this has been the most amazing thing I’ve ever been a part of in 25-plus years of preaching and ministry.”

Rather than a rotating guest speaker series this summer, the congregation brought all the children and adults together for fellowship each Wednesday, preaching minister Tim Parish said.

Among the tools used: intergenerational conversations at round tables, short video discussion starters, a grilled ribeye-steak cookout and a service project preparing 250 “blessing bags” to be given to anyone in need.

“As a whole, this has been the most amazing thing I’ve ever been a part of in 25-plus years of preaching and ministry,” Parish said.

ARLINGTON — The ballgirl you see playing catch at Texas Rangers’ games with stars such as the Angels’ Mike Trout?

It could be Kaylee Roskam, 22, a member of the Merrick Drive Church of Christ in Ardmore, Okla., and a former All-State high school softball player.

Roskam, a student at Oklahoma State University, is in her second season as a Rangers’ ballgirl, said her grandmother Nelda Rhodes Norcross.

“I’m a proud grandmother,” said Norcross, who attends the Marietta Church of Christ in Oklahoma. “I just wanted to share this.”

“To suggest that there was something about me that made God choose to save my life while he allowed 11,300 other people to die, I’m not really OK with that.” — Dr. Kent Brantly, who contracted the Ebola virus in Liberia nearly five years ago and is returning to Africa — Zambia, specifically — as a medical missionary. Read the full story.