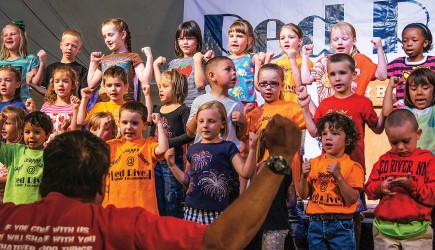 Across the Nation, September 2013

Staff Reports
ALABAMA
TUSCALOOSA — “The church is not the building. It’s the people.”
Lee Jamieson, minister for the Central Church of Christ, made that point during a recent sermon.
But church members already knew it, having survived two-plus years without a building after a 2011 tornado destroyed theirs.
Jamieson’s sermon came as the Central church recently worshiped for the first time in its newly constructed building at the original location.
“Everything we lost was just physical,” Jamieson said. “What was remaining was faith, hope and love — what was only there from the beginning.”
To view videos from the dedication service, go to www.christianchronicle.org/blog and search for “Tuscaloosa.”
KENTUCKY
CAMPTON — The Walled Lake Church of Christ in Michigan put on a “Jerusalem Marketplace” Vacation Bible School at the Campton Church of Christ.
“We attempted to recreate first-century Jerusalem where tribes — groups of children with teen leaders — traveled from tribe homes to the marketplace,” Walled Lake member Frank Schipani said.
Thirty-four children from the community attended.
LOUISIANA
RACELAND — On a typical Sunday, the Raceland Church of Christ has an attendance of about 10 people. But on a recent Sunday, 25 souls showed up.
The draw? A special singing service.
The congregation dedicates fifth Sundays to singing. Member Frank Poskey describes the “Singing Sunday” approach as an effort to “reach out to the community, bring glory to God and encourage each other.”
MISSOURI
SPRINGFIELD — “Keep Christ in your marriage.”
That was the most frequent advice as the 800-member Sunset Church of Christ honored 53 couples in the congregation who have been married at least 50 years, minister Joe Bright said.
“Together, these 53 twosomes constitute over 3,200 years of marriage,” Bright said.
Arnold and Vaulta Montgomery took the grand prize with 74 years of life together.

NEW HAMPSHIRE
MANCHESTER — A burglar broke into the Manchester Church of Christ building recently and stole thousands of dollars worth of items. WMUR, the local ABC affiliate, made the crime its lead story.
“It’s certainly not the way that we wanted some recognition,” minister Park Linscomb told The Christian Chronicle. “But with our VBS sign out front and our preparation for our annual ‘Give Away Day’ in full swing … I guess it got the attention of the local media.”
OKLAHOMA 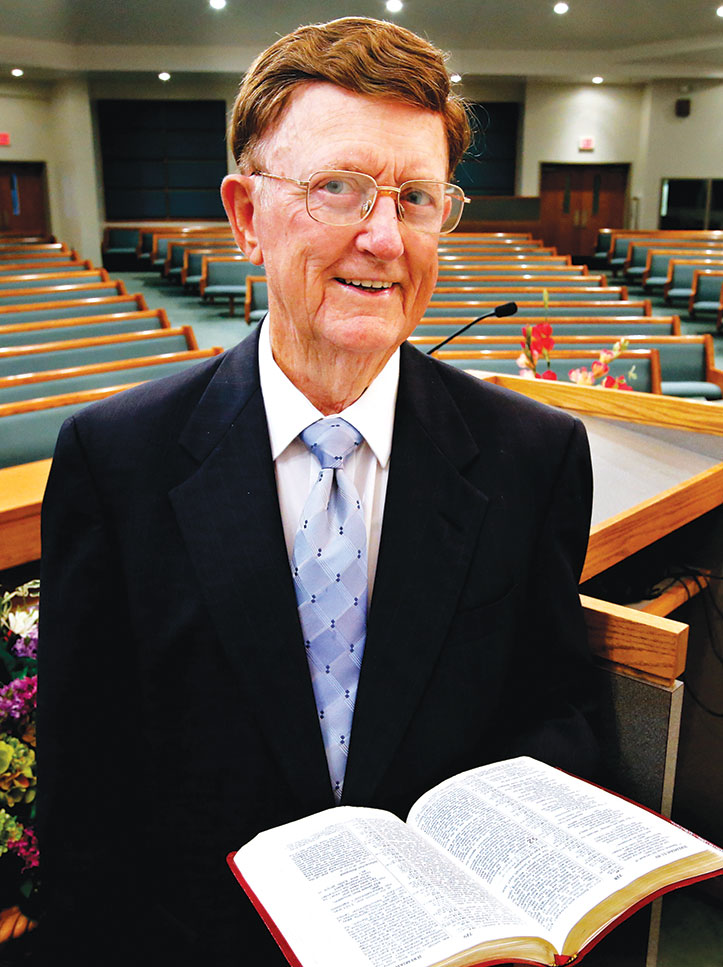 OKLAHOMA CITY — For years, Lewis Hale and Robert Oglesby have joked often as part of a friendly Red River rivalry — preacher style. Now that Hale has retired after 57 years as pulpit minister for the Southwest Church of Christ in Oklahoma City, Oglesby will have a chance to catch up, said Hale, 87.
Oglesby, 80, has preached for the Waterview Church of Christ in Richardson, Texas, for 50 years.
“I’ve been very fortunate because the Lord’s been very good to me,” Hale told The Oklahoman. “I recognize that and I’m grateful.”
TENNESSEE
MT. JULIET — In a recent seven-day period, the Mt. Juliet Church of Christ youth ministry celebrated 17 baptisms.
Youth minister Philip Jenkins praised the “contagious spirit of evangelism” evident in the youth group.
The young people “are the ones talking and studying and praying with people,” Jenkins said. “I think it’s got everybody in the pews fired up.”

TEXAS
DALLAS — The Jefferson Boulevard Church of Christ has sold its building and begun worshiping at a new location.
The newly named Edgefield Church of Christ is sharing a building with a Spanish-speaking congregation.
“We are grateful to the Hispanic congregation for allowing us to renovate and use a portion of their building,,” minister Wes Price said. “We are joining forces with them in reaching out to this community for both Anglo and Hispanic prospects.”