As a new school year begins, Oklahoma student asks for God’s blessings: Landon Davis prays outside Altus Primary School in southwestern Oklahoma before the start of the new school year.

On a recent Sunday night, members of the Tamarack Road Church of Christ in Altus, including Landon’s family, gathered at the church building for prayers and songs. Then the congregation divided into groups and went to pray at the schools the children would attend, from pre-K to high school.

Soccer = service: Since the Tabernacle Church of Christ in New Jersey has a number of soccer coaches and former players in its congregation, leaders decided to serve the community by offering a free, five-day soccer camp for children ages 6 to 12. 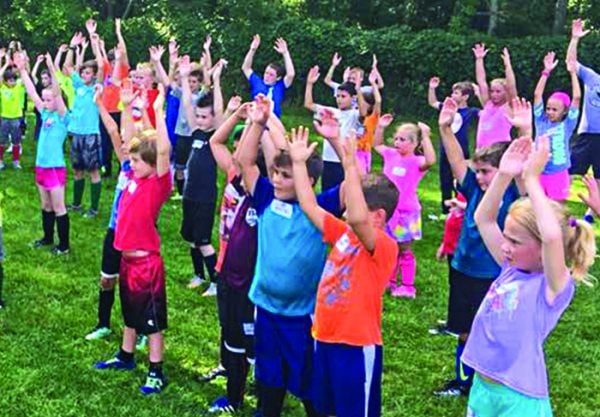 Young soccer players raise their arms during a drill at the church’s soccer camp.

Last year, the first camp drew more than 50 participants, minister Bill McGee said. This summer, that number more than doubled, as 107 signed up.

“Not only are we able to help the children improve their soccer skills, but we have also been able to establish relationships with them and their parents in a powerful, positive way,” McGee said. 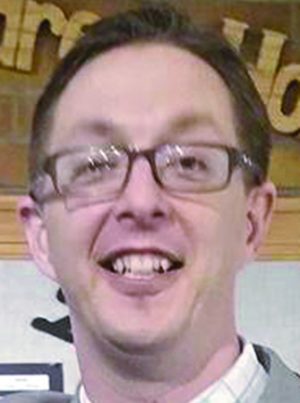 “Many have helped with physical labor,” Graham wrote in a Facebook post. “Your generosity in giving at Pearl Harbor has allowed us to consider this as we continue to support Andrew and Kristen Arbuckle in their work to minister to the congregation in Wahiawa.”

MARSHALLTOWN — The Church of Christ in Marshalltown served 350 families after a recent tornado.

In Iowa, tornado relief work brings “an answer to many years of prayers.”

“Two men with longtime connections to our congregation decided to be baptized after serving in the relief efforts with us — an answer to many years of prayers,” member Amy Harper said.Volunteers from the congregation and other Iowa churches unloaded and distributed two tractor-trailer loads full of food and emergency supplies provided by Nashville, Tenn.-based Churches of Christ Disaster Relief Effort. 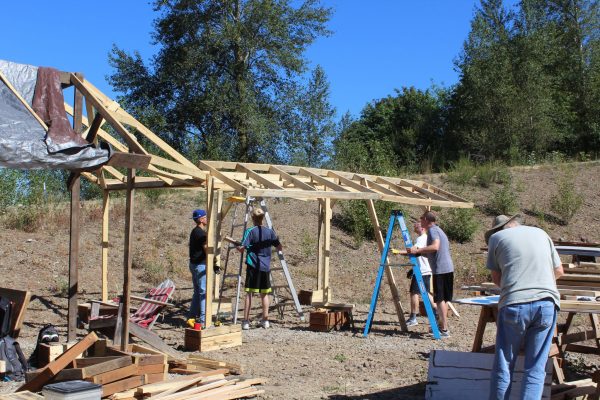 Volunteers work on the Agape Blitz project in Portland, Ore.

“Portland has declared houselessness a crisis, which has opened the door for collaboration to address this ever-growing concern,” Clark said. “Agape Village is the first collaboration of multiple faith congregations, businesses, schools and individuals to partner in building a community.”

“Portland has declared houselessness a crisis, which has opened the door for collaboration to address this ever-growing concern.”

GERMANTOWN — The Germantown Church of Christ’s diaper ministry, started two years ago, has collected and distributed 272,000 diapers to inner-city Memphis. 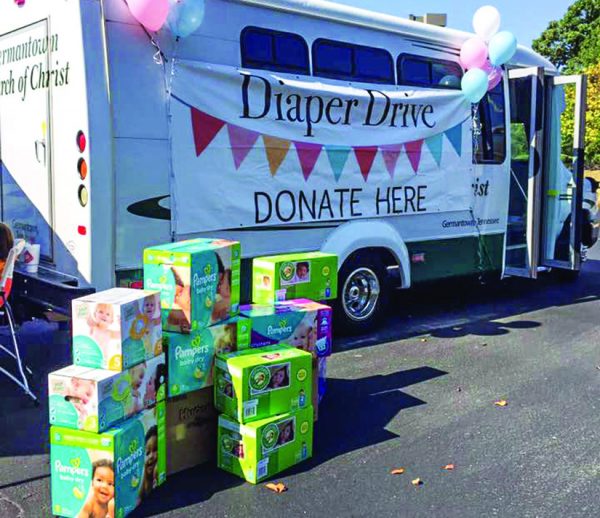 The church gathers the diapers in a monthly drive, then repackages them so they can’t be returned for cash or exchanged, ministry leader Nicole Estes said.

In a recent month, the ministry helped 150 families. 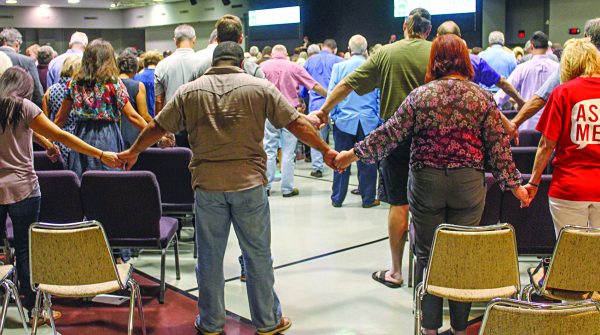 Members of The Park Church of Christ in Tulsa, Okla., hold hands as they pray at the end of their first service at their new location.

“I never got a ticket.” — Mitch Wilburn, preaching minister for The Park Church of Christ in Tulsa, Okla., on racing to preach at five services each Sunday morning. Read the full story. 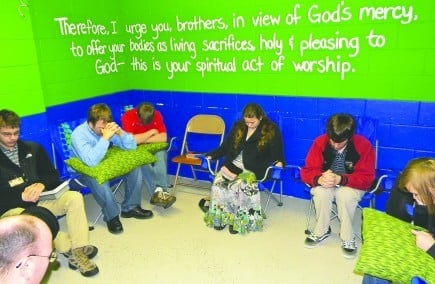