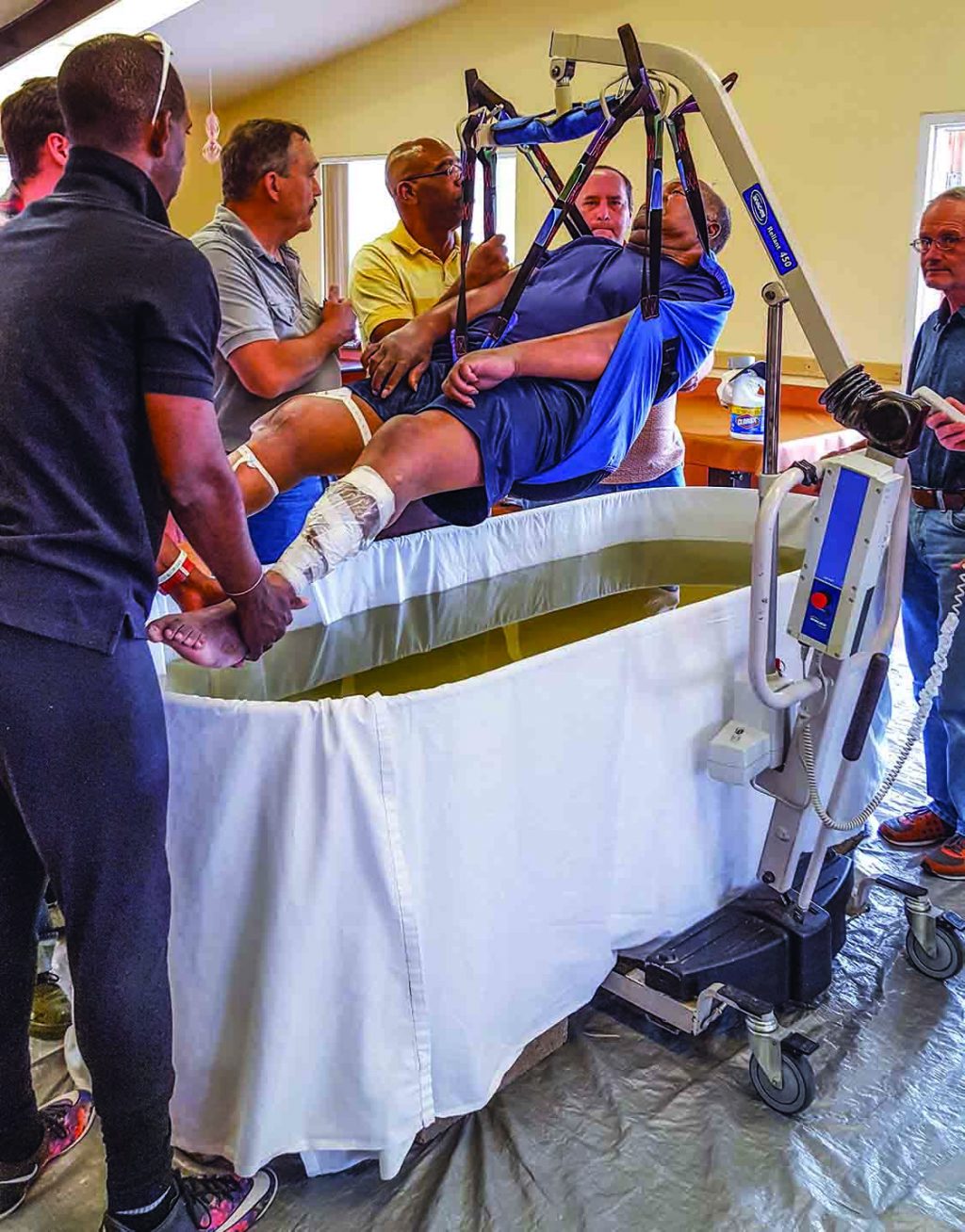 Across the Nation, October 2016

The goal: to emulate Jesus, lighten recipients’ day-to-day load and bring some of God’s compassion for a day.

“Jesus is at the heart of everything we do,” notes the ministry’s website at www.extendedhandncoc.org.
NEW YORK

PLATTSBURGH — When the Plattsburgh Air Force Base opened in 1956, members of the Lord’s body came with it and began worshiping in a YMCA. By 1962, a church auditorium was built. The base closed in 1995, but the church remains, minister Doug Kashorek said.

And for the first time in its 60-year history, the congregation has installed elders: Alfred Chambers and Kashorek. “God gave us shepherds to serve under the Good Shepherd,” Kashorek said in a church newsletter.
VERMONT

“It was a joy to gather with brothers and sisters in Christ coming together to celebrate worshiping and serving in the Springfield, Vt., area,” former member Juanita Martus said. 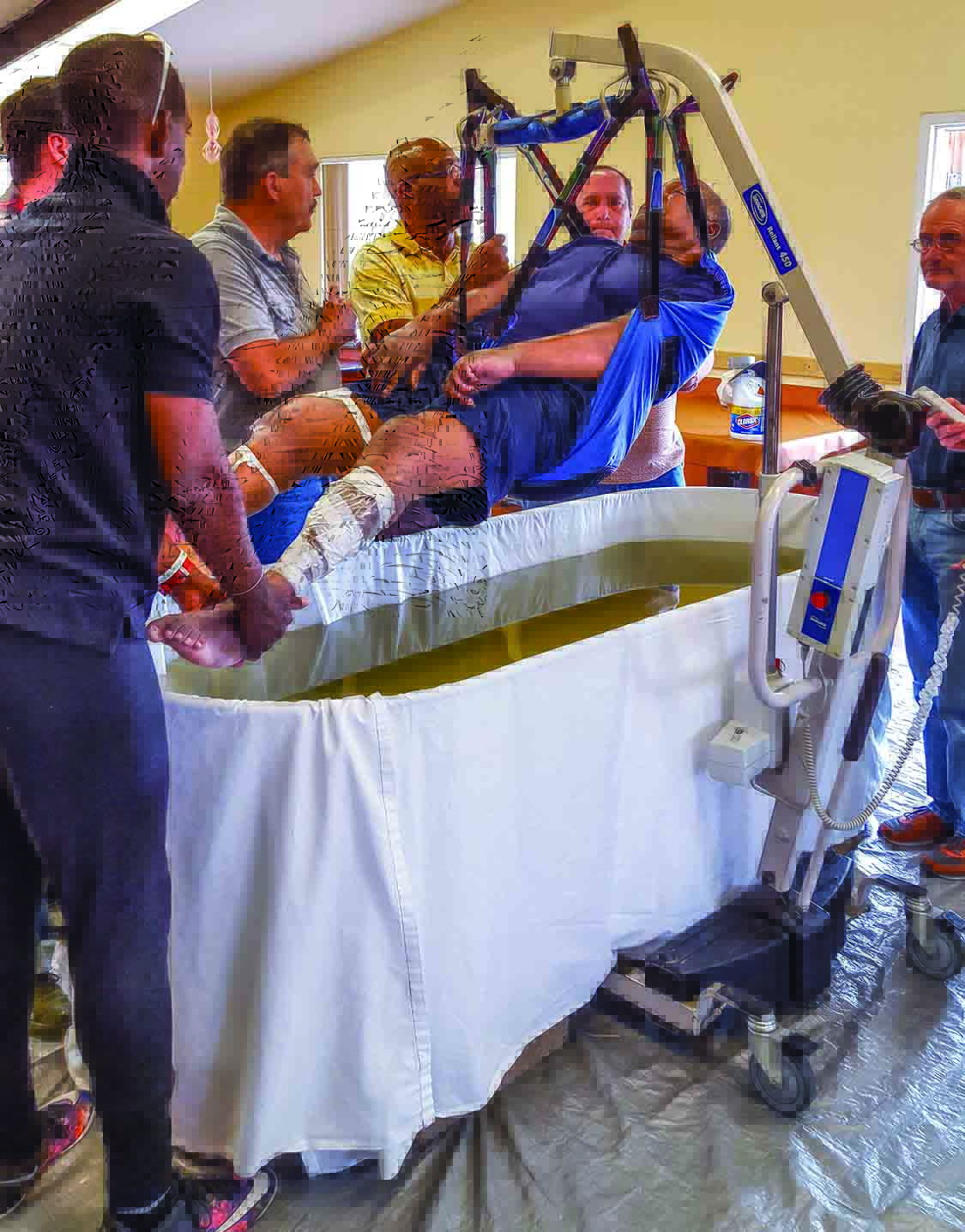 Men from the Gallup Church of Christ in New Mexico use special equipment to lower Tommy Fields, 65, into a baptistery. Fields, a resident of the McKinley Manor nursing home, is immobile as the result of an accident. Helping with the baptism are Eric Taylor, David Brown, Lawrence Gulliford, Jeff Foster and John Alexander. Not pictured is Jared Alexander. (PHOTO BY GINA NEELY)