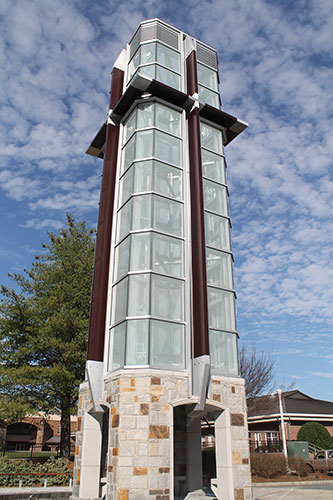 Staff Reports
IDAHO
RUPERT — Four baptisms on a Sunday night were the most one member had ever seen in 25 years at the Church of Christ in Rupert.

The recent baptisms occurred as five congregations in central Idaho — Buhl, Wendell, Twin Falls, Rupert and Albion — prepare to conduct an evangelistic campaign using the resources and assistance of Hope for Life, a Herald of Truth ministry.

A first step in that preparation was the hosting of an areawide seminar called “Sharing Our Story” conducted by Steve Ridgell, Hope for Life’s director of ministry. The event took place on a Saturday and was attended by 60 members from all the churches. The seminar was designed to help participants use Bible stories and personal stories to teach people about Jesus.

The baptisms occurred the next night.

“Expectations continue to grow as local members tell their friends about Jesus and focus on an evangelistic campaign in the fall,” said Bill Brant, president of Herald of Truth, based in Abilene, Texas.
MONTANA
BELGRADE — “Shepherds Network: Northwest Connection 2016” drew nearly 200 participants from 30 congregations in Montana, Idaho, Washington, Oregon, Wyoming, South Dakota, North Dakota and the Canadian provinces of Alberta, Saskatchewan and Manitoba.

Hosted by the Belgrade Church of Christ, the recent event was a cooperative effort of local congregations and Harding School of Theology in Memphis, Tenn.

“The seminar is designed to provide networking, encouragement and equipping for current elders and their wives along with prospective elders and their wives,” said Scott Laird, minister for the Great Falls Church of Christ. The weekend reminded shepherds, wives and congregations that they “are not alone in service to God.” 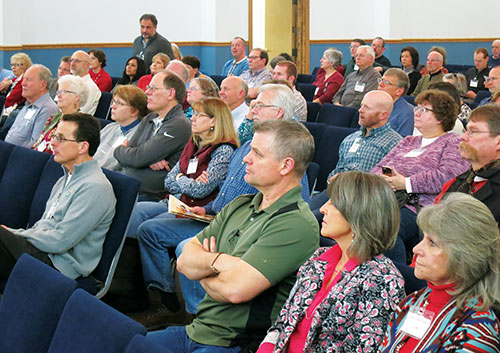 Leaders from seven states and three Canadian provinces attended the “Shepherds Network” event. (PHOTO PROVIDED BY SCOTT LAIRD) OHIO
COLUMBUS — Words of praise were translated into three languages — English, Spanish and Twi, which is spoken in Ghana — as Columbus-area congregations joined together recently to worship God in song.

“One God, Many Nations” was the theme of the singing hosted by the Northland Church of Christ. Christians from North America, South Africa and Africa were among the 200 people who attended.

“Although different languages can be a barrier to many activities, it is not so in the worship of God,” Northland elder Jeffrey McVicker said.
OKLAHOMA
OWASSO — The Owasso Church of Christ has a membership of less than 300, but it counts among its flock nine men with a combined 328 years of preaching experience.

That experience ranges from 10 years to 66 years of preaching God’s word.