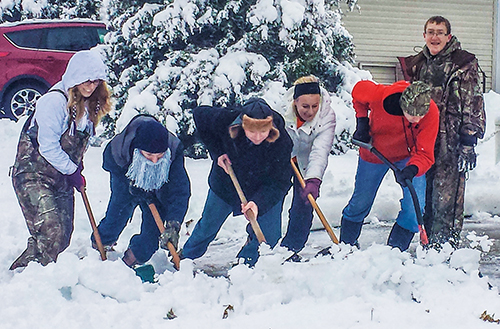 The Northside church hosted the gathering, and Johnson Street minister Chris Threatt preached.
“This is an annual commitment of the two churches to worship together, fellowship together and work together in the Kingdom,” Northside minister Jim Gardner said.
FLORIDA
LEESBURG — An emphasis on “Missions 101” led to the South 14th Street Church of Christ developing a biweekly homeless ministry.
Every two weeks, the congregation serves between 30 and 40 homeless people, elder Benny Hunton said.
They “come to our facility for a hot breakfast, showers, clothing and all sorts of incidentals that they would need where they live … woods, streets, bridges, etc.,” Hunton said.
MISSOURI
MOUNT VERNON — Five years ago, a group of men who wanted to be more active in the Mount Vernon Church of Christ got together to brainstorm.
That meeting led to the creation of a ministry to build ramps for people with physical disabilities, elder Ralph McClurg said.
The ministry includes a core group of six men and recently completed its 106th ramp project, McClurg said.
Wade Atkeson, the group’s leader, is a self-employed builder.
“Wade leads by example and will take the time to explain what he is doing and why,” McClurg said.
TENNESSEE
CHATTANOOGA — The East Brainerd Church of Christ recently welcomed 125 Spanish-speaking members and 45 English-speaking members from the former Brainerd Church of Christ, which closed.
“East Brainerd, now with a membership approaching 900, has a new look and feel, as can be seen on Sunday mornings when black, white and brown, young and old, Spanish speakers and English speakers all join in worship,” said Chris Barnett, East Brainerd preaching minister.
Mario Diaz, who served as Hispanic minister for the Brainerd church, has joined the East Brainerd staff and will  coordinate service and outreach to the Spanish-speaking community.
The Brainerd church, established in 1936, long stood as one of the larger congregations in Chattanooga and helped plant multiple congregations, including the East Brainerd church, Barnett said.
VIRGINIA 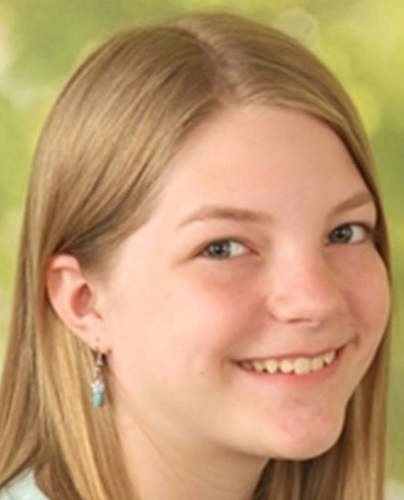 FAIRFAX — Eighth-grader Gina Nored, 13, started a Bible study club at her school called “JOY,” which stands for “Jesus, others and you.”

Eight students and four teachers attended the first meeting, said James Nored, Gina’s father, who preaches for the Fairfax Church of Christ.
“She said that the question that generated the most discussion was, ‘Where do you see God in creation?’” James Nored said. “She is doing far more at her age than I was in reaching out. I’m so proud of her.”