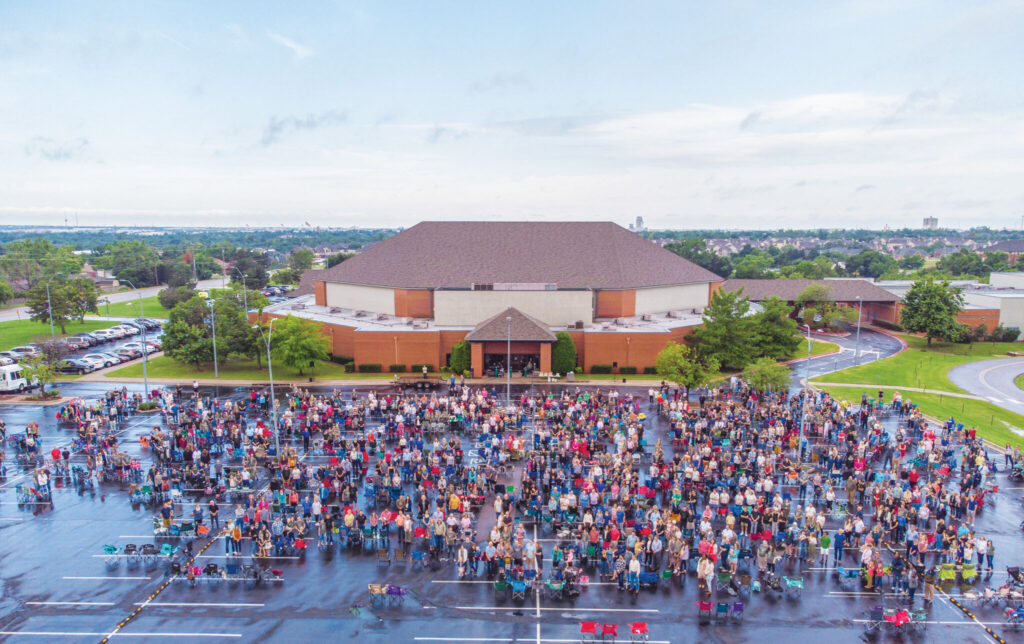 Featured image (above): A drone captured this image as it did a parking lot passover of the Memorial Road Church of Christ in Oklahoma City. About 1,500 worshipers brought lawn chairs and Lord’s Supper supplies for the “Beyond the Building” service. “The church is not a destination; it is a movement,” preaching minister Phil Brookman said in his sermon.  The church has resumed in-person worship in its building but gathered in the parking lot — as members did during the early days of the COVID-19 pandemic — to remember “the trials of 2020” and celebrate “how far God has brought us the past year,” said Andy Lashley, involvement and communications minister.

BALTIMORE — A Christian on the East Coast felt moved by God to help after a major winter storm ravaged Texas earlier this year.

Lamar N. Robinson, a member of the Woodlawn Park Church of Christ and owner of Kingdom Business Clothing, raised $8,000.

“I had to do something,” Robinson said. “I prayed about it and walked by faith.”

NASHVILLE — More than 1,000 worshipers came together June 2-5 for the Connect Conference, hosted by the Crieve Hall Church of Christ.

The conference, which organizers envisioned as a way to help churches reconnect after the COVID-19 pandemic, drew Christians from 22 states and more than 100 congregations.

“This feels like an early preview of heaven,” said Matt Wallin, a deacon of the Oak Hill Church of Christ in Rome, Ga.

NASHVILLE — Seven leaders of the Remnant Fellowship Church, some of them former members of Churches of Christ, died May 29 when their Florida-bound Cessna went down in Percy Priest Lake.

Gwen Shamblin Lara, a dietician who launched a faith-based diet program, Weigh Down Workshop, and her first husband, David Shamblin, worshiped with the Otter Creek Church of Christ in Brentwood, Tenn., before founding the Remnant church in 1999.

David and Jennifer Martin also left Otter Creek to be a part of the new church. David Martin once worked as an admissions officer for Lipscomb University in Nashville.

Lara was named Lipscomb’s Christian Business Leader of the Year in 1998. Shamblin Theatre, a performance venue on Lipscomb’s campus, is named for the family.

AUSTIN — Texas House Bill 929 — also known as Bo’s Law — was recently passed by the Texas Senate, sending the measure to the governor’s desk for final approval.

The Botham Jean Act would require police officers’ body cameras to remain on throughout the course of an investigation. It would also clarify exceptions to the state’s body camera requirements.

Rep. Carl Sherman, the author of the bill, serves as the senior minister for the Hutchins Church of Christ, south of Dallas.

Sherman said the law is about “more systemic accountability in policing. We want to make sure all the evidence is there to uphold the integrity of policing as a profession and not redact or edit out footage.”

Jean, 26, was a member of the Dallas West Church of Christ. He was shot to death inside his Dallas apartment on Sept. 6, 2018, by an off-duty police officer still in uniform. 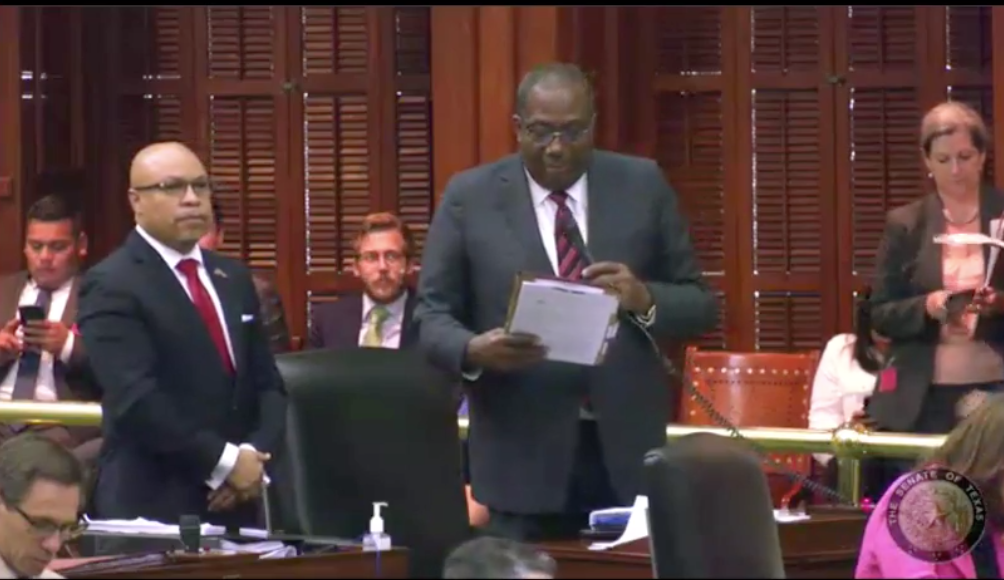