LAKEWOOD — Reg Cox, minister for the Lakewood Church of Christ, has made a name for himself as a “community catalyst,” as he likes to describe his role.
A former longtime staff member at Abilene Christian University in Texas, Cox told the Denver Post that he relishes bringing together church leaders to tackle challenges, such as helping turn around a struggling neighborhood elementary school.

GEORGIA
SMYRNA — The Central Church of Christ in Smyrna and the Macland Road Church of Christ hosted a recent “Purity Day” for 117 middle and high school girls.
“Finding Your Happily Ever After in God’s Kingdom” was the theme.
“Statistics are running high for teen pregnancy, drugs and alcohol abuse, social media bullying, ‘sexting’ and self-mutilation,” Central minister’s wife Heather Scarborough said. “Thus, Purity Day was born.”
Speaker Hannah Colley Gisselbach focused on topics such as modesty, how to find a mate, self-esteem, bearing good fruits and “mean girl syndrome.”
MARYLAND 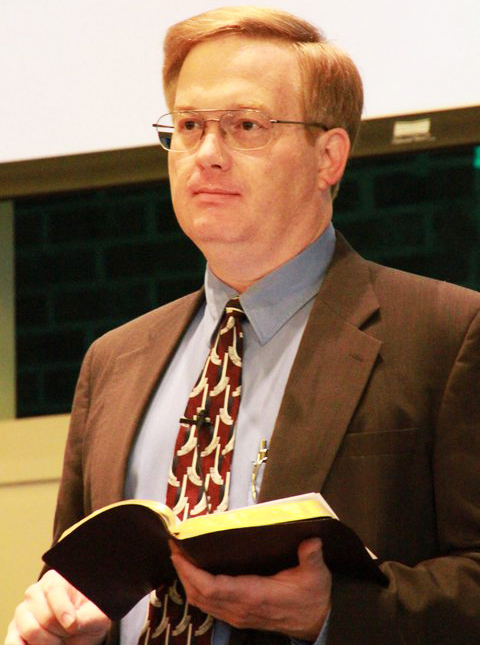 Michael Ray LAUREL — Michael Ray, minister for the Laurel Church of Christ, died May 14 after a six-month battle with colon and liver cancer. He was 49.
In 2012, the Laurel church was featured in a Christian Chronicle Churches That Work feature.
Ray, a Lipscomb University graduate and Kentucky native, came to the Laurel church in 2003.
Ray wrote occasional stories for the Chronicle, including one on Cliff Holladay, a Maryland minister who was paralyzed in a beach accident and later died. Ray’s survivors include his wife, Susan, and their three children, Elizabeth, Alex and Jeff.
MISSOURI
WENTZVILLE — The Crossings Church — a Church of Christ — raised more than $400,000 on a recent weekend.
“A large chunk of that is going directly toward church and campus ministry planting,” said Wes Woodell, a church planter who works with Crossings.
Minister Robert Cox and other leaders “did a great job leading members to give sacrificially,” Woodell said.
OKLAHOMA
TAHLEQUAH — The South College Church of Christ hosts a community meal each Tuesday evening.
The meal draws between 75 and 150 people each week, said Max Ellis, a church member and one of the organizers.
Not only does the meal serve those in need, but it also helps the church to be known and appreciated in the community, Ellis said. Also, some who eat stay for a Bible class.
TENNESSEE
NASHVILLE — A homeless man saved the day for the Woodland Hills Church of Christ recently.
Eric Ledbetter had been staying at the church and called authorities after witnessing a man break a back window, WNCT reported.
An officer arrived and tackled the suspect, John Quinton, as he tried to get away, the television station reported. He reportedly fell into the baptistery at one point.
TEXAS
SAN PEDRO — The San Pedro Church of Christ has begun a bilingual children’s Bible hour as an outreach.
Children will learn greetings, numbers and colors in Spanish, teachers James and Dawn Brents and Amy Galindo told the Christian News of South Texas.
“Biblical concepts will be interwoven into the curriculum as the children become fluent,” according to a written description of the outreach. “They will learn through songs, lessons, puppets, games, guest speakers and, on occasion, videos.”
WASHINGTON
SEATTLE — More than 450 people attended the dedication of the 43-year-old Holgate Church of Christ’s new building in Seattle’s Central District.
Neighborhood residents, sister congregations and city officials joined the recent celebration, minister James A. Maxwell said.
The 28,000-square-foot building seats 650 and features a commercial kitchen, fellowship center, administrative suite, classrooms, elevator and space to accommodate future ministry plans.