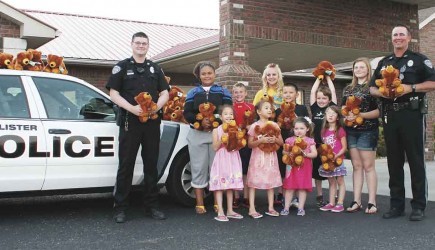 Staff Reports
ALABAMA
BAYOU LA BATRE — Daphne German always figured that by the time she turned 70, she’d be done with hard work.
“I’d walk on the beach like the old ladies with the floppy hats,” said German, a great-grandmother.
Instead, she gets up every day at dawn to ready the food pantry at the Hemley Road Church of Christ, the Press-Register reported.
As a founder of the nonprofit Bayou Recovery, German believes that the restoration of Bayou La Batre, beaten down by Hurricane Katrina and the Deepwater Horizon oil spill, is far from over.
Four mornings a week, folks line up at the church pantry for a box of food. A truck ministry takes food to shut-ins.

NEW MEXICO
ALAMOGORDO — Cuba Avenue Church of Christ members organized a recent “Read the Bible Marathon.”
The reading occurred in a gazebo at Alameda Park on White Sands along the city’s main highway.
Volunteers took turns reading out loud, continuing through the night for four days, church member Elise Haley said.
“Young children, grandparents, teens — those of all ages — took a turn,” Haley said.
NEW YORK
ROCHESTER — Franklin Florence, senior minister for the Central Church of Christ, holds a special place in Rochester’s history.
He also holds a special place in the hearts of many people, the Democrat and Chronicle reported.
That was clear as more than 700 people gathered recently for a community recognition dinner that featured U.S. Rep. Jesse Jackson Jr., D-Ill., as keynote speaker. “It’s humbling, very humbling to have this kind of outpouring of appreciation,” Florence said. “It certainly is very special.”
The minister is known for leading civil rights struggles and mobilizing thousands during prolonged battles that led to Eastman Kodak Co. hiring hundreds of African-Americans in Rochester.
WASHINGTON
ABERDEEN — The Aberdeen Church of Christ traces its origins to 1944, when a small group of Christians began meeting for fellowship and worship.
The congregation recently celebrated its 68th year with a homecoming, said Reda Redding, wife of minister Lawrence Redding. Former ministers Al Robison, Melvin Byrd and Stanley Sherman delivered short messages.
“The afternoon was full with a potluck meal, a memory video and a time of sharing memories,” Reda Redding said.
WEST VIRGINIA
SISTERSVILLE — The Pursley Church of Christ had diminished to about 15 members by the time minister Tom Butterfield arrived in 2006.
“There were no children,” said Butterfield, who also serves as church relations director for Ohio Valley University. “Things looked bleak.”
But in time, things changed, Butterfield said, and the 120-year-old church is enjoying a revival.
The congregation’s motto: “A place of new beginnings for all who come!”
Membership has grown to 115, with a mix of young families and “darling older Christians,” the minister said.
“I’ve never been happier,” he added.
WYOMING
LANDER — Radio advertisements focused on marriage, parenting and God’s love have helped the Lander Church of Christ become better known in the community, the Rocky Mountain Christian reported.
The ads are just one outreach approach used by the 100-member church, which has added 10 people in the last year, evangelist Triston Jacobsohn told the newspaper.
For more information, see www.landerchurchofchrist.com.