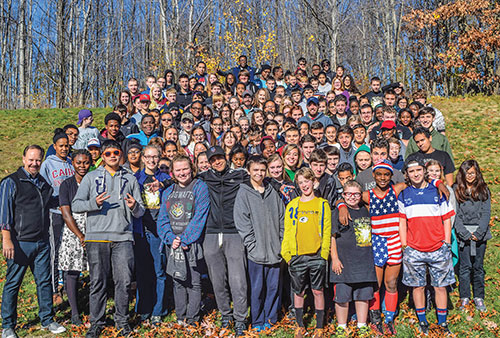 Across the Nation, February 2016

Staff Reports
ALABAMA
ELBA — The Elba Church of Christ served as the hub of disaster relief after flooding recently destroyed or damaged dozens of homes.

“Along with the clothing, each person received a booklet providing information on the plan of salvation,” Zebroski said.
INDIANA
EVANSVILLE — The Jack Henry Gates Memorial Community Laundromat has opened for business.

However, the facility will only accept tokens, and they are available for free through a number of local churches, as the Courier & Press recently reported.

The undertaking was started and funded by Dennis Gates, a member of the Newburgh Church of Christ, elder Tracy Hayford said.
Jack Henry Gates — the laundromat’s namesake — was Dennis Gates’ father. He died in 2014.

“We want to give back to the community that has been so good to us for the past 40 years,” Matt Gates, Dennis’ nephew, told the newspaper.
OHIO
BYESVILLE — For a quarter-century, the Stop 9 Church of Christ has provided a free Christmas Day dinner for the poor and lonely in this Appalachian region community.

“One of my favorite memories was seeing a homeless man sitting at the table sharing a meal with a recently widowed medical doctor,” Biggs said. “The meal became so popular that people from the community come out in droves to help.”
TENNESSEE
LINDEN — Kirk Haston’s mother, Patti, died in a 1999 tornado that hit Perry County.

So after tornadoes devastated his home county again Dec. 23, the Linden Church of Christ member launched a fundraising effort to help victims.

“I was fortunate enough to see what it was like to have hundreds of people in a community come to the aid of my family,” said Haston, a former professional basketball player who now coaches the boys’ team at Perry County High School.