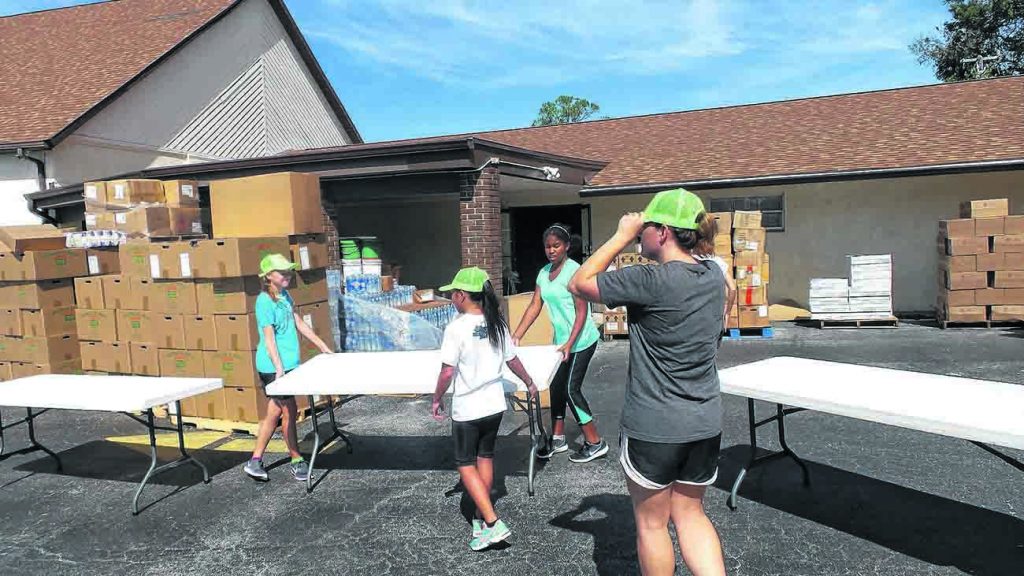 Across the Nation, December 2016

Nashville, Tenn.-based Churches of Christ Disaster Relief Effort sent a truckload of emergency food and supplies to the congregation, north of Daytona Beach.

“We estimated we had 1,000 people show up for supplies,” church secretary Karen Ibison said. “We mainly distributed food that did not have to be kept refrigerated and cases of bottled water. Yard equipment like rakes, shovels and wheelbarrows was given out.”
LOUISIANA
LAKE CHARLES — Sam Harrison was born on a farm in rural West Virginia in 1916.

More than 100 years later, he was reborn in a baptismal pool in the southwest corner of Louisiana.

On a recent Sunday, the Enterprise Boulevard Church of Christ celebrated Harrison’s decision to follow Jesus. As preaching minister Jason Clark put it, Harrison became “one of the world’s oldest newborns.”
NEBRASKA 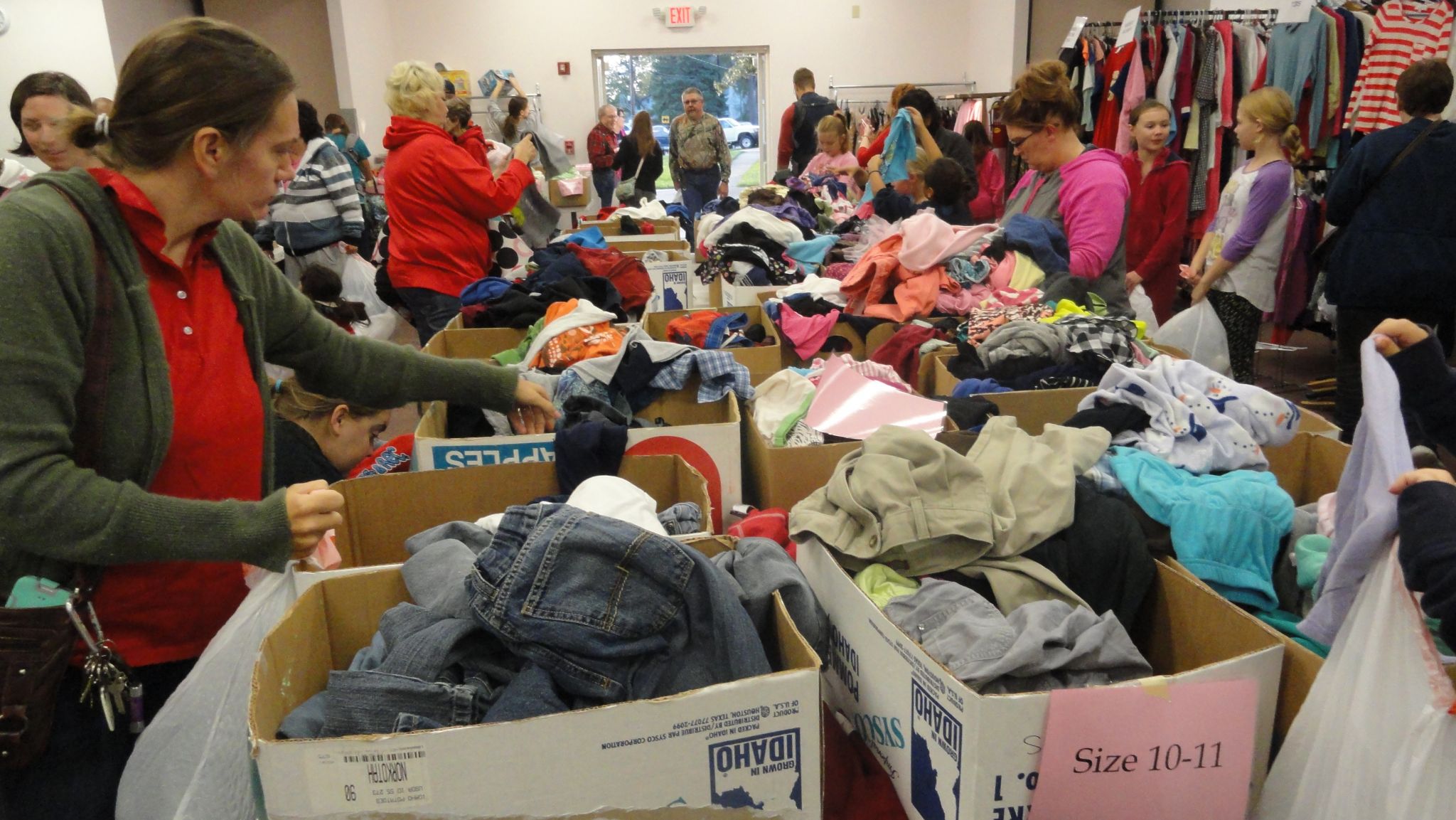 “So much stuff was offered this year that, even after an all-time record of 1,174 people helped themselves to all they wanted, hauling their newfound treasures away by the large trash bag full, the leftovers still filled a semi trailer from nose to tail and more than halfway from floor to ceiling,” the York News-Times reported.
NORTH CAROLINA
RALEIGH — For more than 20 years, Brooks Avenue Church of Christ members made 100 teddy bears.

They donate the bears to pediatric hospital wards, women’s shelters and other organizations.

“Over the years, there have been many notes from nurses, parents and patients telling the stories about the Brooks bears given with love and prayers,” Dechene said.
VIRGINIA
WINCHESTER — A recent senior day at the Southside Church of Christ drew 115 older Christians from 11 congregations in five states. Speakers included Mike Anglin of the Silver Spring Church of Christ in Maryland and Willie Rupert Jr. of the Central Church of Christ in Baltimore.
TEXAS 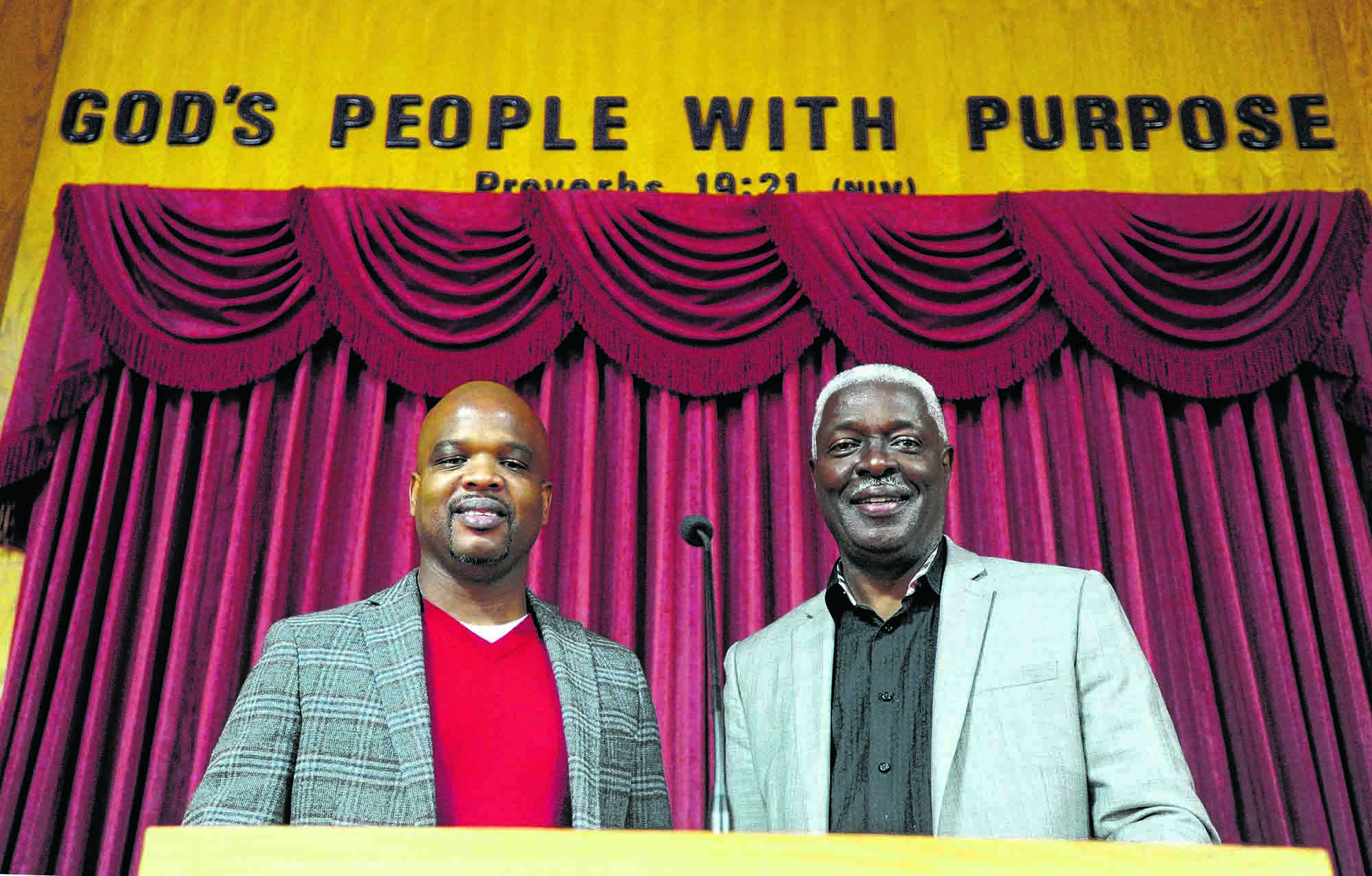 Tony Roach, right, with Ian Nickerson. (PHOTO FROM NELLIE DONEVA, ABILENE REPORTER-NEWS, USED WITH PERMISSION)ABILENE — “Changing of the Guard” was the appropriate theme for a recent Sunday assembly of the Minda Street Church of Christ in Abilene, Texas. After 37 years with the congregation, minister Tony Roach, right, is retiring. Succeeding him is Ian Nickerson.

“Passing on a legacy of leadership” is important to Roach, who with his wife, Candyce, planted the multicultural congregation in 1979, the Abilene Reporter-News reported. Nickerson will become resident evangelist, and Roach will become minister emeritus.

Nickerson, a graduate of Abilene Christian University, credits training under Roach, whom he first met in 1991, with developing the leadership skills necessary to carry on the work of the church.