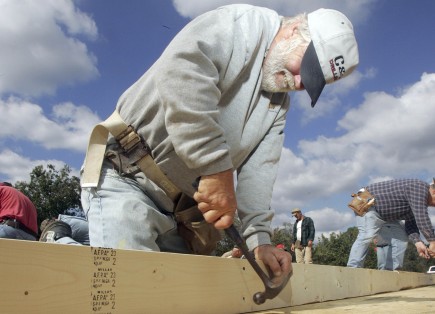 Across the nation, December 2008

ARKANSAS
CABOT —  January will mark the 20th anniversary of a Cabot church ministry to feed hungry people each weekday.
The ministry, started by the women of the church in 1989, feeds an average of 30 people at noon Monday through Friday, member Vergie Simpson said.
“It has been a labor of love by many in the congregation,” Simpson said. “No person appearing for a meal is turned away, and many take home enough for their evening meal.”
LOUISIANA NEW ORLEANS —  The Carrollton Avenue church, still recovering from Hurricane Katrina, has launched a fund-raising effort to help repair its building.
Minister Kirk Garrison said the church focused on relief work after the 2005 hurricane but not on repairs to its own devastated building.
The church needs $300,000 to complete needed repairs, Garrison said. For more information, see www.carrolltonaid.com.
MINNESOTA ST. PAUL —  Members of the Eagan church joined volunteers with the St. Paul Urban Ministry for a Saturday night meal and a joint Sunday night service Nov. 9, Eagan member David May said.
Sponsored by the Woodbury church, the urban ministry works primarily with Hmong children in the inner city. The ministry meets in a rented room at an inn near the state Capitol.
TENNESSEE MEMPHIS —  The National Hispanic Christian Women’s Meeting drew about 120 women from six states to the White Station church recently.
Each activity was organized by the women’s ministry of the Sycamore View church, under the coordination of Mayra and Gonzalo Salinas. Speakers included Linda Henry, Karla de Leon, Aminta Osejo and Mayra Salinas. A host congregation is sought for the second annual meeting in 2009. For more information, contact the Salinases at [email protected] or (901) 652-2667.
TEXAS BEAUMONT —  A criminal on the run from police crashed a stolen Mustang into the Ridgewood church building recently.
The damage to the building was slight — two corners of brick were torn out, with black tire marks left on one side — but the vehicle managed to entirely take out the church’s sign.
“It’s a heavy steel sign, and it was completely demolished,” Davis said. He described the congregation’s reaction as amusement more than anything else. The driver was arrested, while a passenger ran away from the scene. Neither was injured.
NORTH RICHLAND HILLS —  Members of the Richland Hills church gave more than $1 million for world evangelism during a recent Harvest Weekend. At press time, the total of cash and pledges amounted to $1,074,000.
SUGAR LAND —  The First Colony church recently donated $35,000 to disaster relief in Haiti. Some of that money supported a group on a relief trip to Haiti, while the rest went to Hope for Haiti for disaster relief.
WEST VIRGINIA PURSLEY — Three years ago, weekly attendance averaged less than a dozen at the Pursley church. On a recent Sunday, 94 people came to services, minister Tom Butterfield said. The congregation rejoiced over four baptisms in as many weeks.
“We are being blessed beyond measure, and we have truly just begun,” Butterfield said.