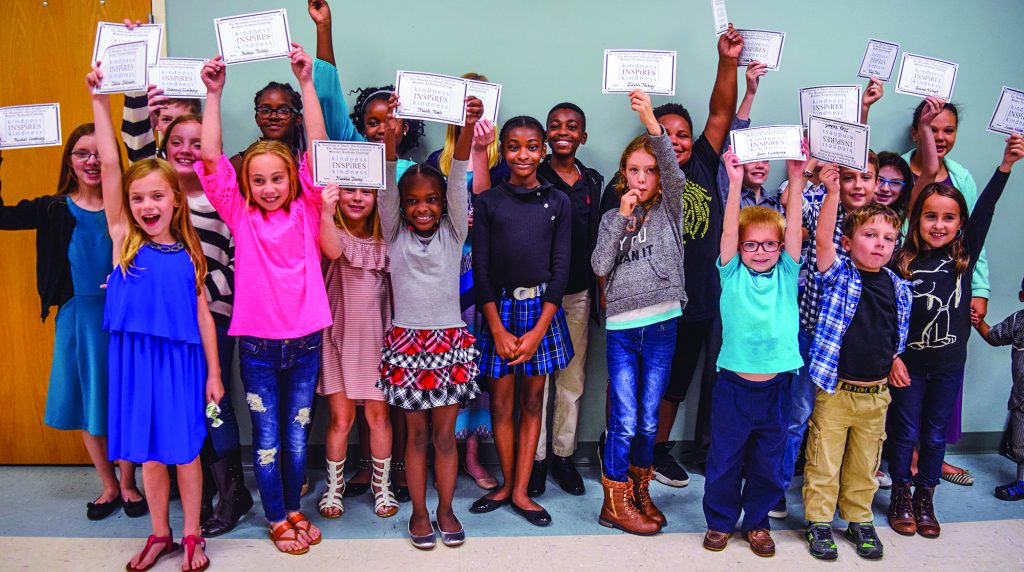 Connecticut children accept a big challenge — to be kind: Children at the Manchester Church of Christ in Connecticut celebrate the completion of a “kindness challenge.”

Thirty-three boys and girls agreed to do at least 15 acts of kindness over a three-month period and record them on a chart, church member Mary Brown said. “Many of them exceeded the 15!” Brown said. 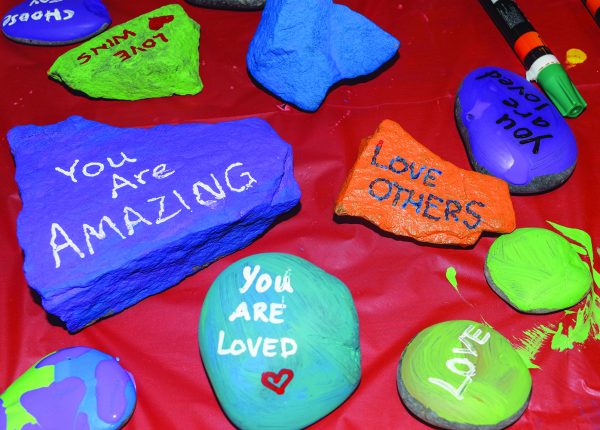 Some of the kindness rocks painted by children at the Manchester Church of Christ in Connecticut.

On a recent Sunday, the children marked the end of the project by painting rocks that will be used for a “Kindness Rock Garden.” After lunch, the boys and girls made cards to be delivered to someone who might need encouragement.

All of the children, including those unable to attend the celebration, were given a certificate of completion. Church member Lynn Stewart had the idea for this event and organized it with a group of helpers.

Hawaii helpers: During the school year, Sam and Macy Elander work as educators in Arizona.

But over the summer, the young couple headed to Hawaii — not to vacation but to help various Churches of Christ and Aloha Christian Camp. 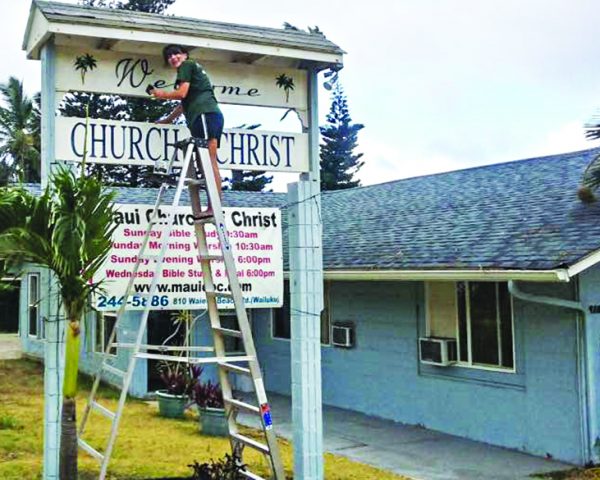 Macy Elander cleans and puts protective enamel on the sign at the Maui Church of Christ in Wailuku, Hawaii.

Sam and Macy Elander, who attend the Bullhead City Church of Christ in Arizona, are graduates of Harding University in Searcy, Ark.

TULARE  — “It looks like the Lord built a fire under us,” one church member quipped.

“It looks like the Lord built a fire under us.”

Now the two churches have decided to unite and become one, said Joel Coppinger, one of the elders for the combined congregation.

“Everyone is joyously anticipating being together in the beautifully restored and remodeled church facilities on Blackstone (where the fire occurred) by the end of the year,” said Jerry Sisemore, minister for the combined church.

“Just like most small country churches, we are losing our young people because of college, jobs and generally wanting to leave a rural community.”

“Attendance has been higher, but just like most small country churches, we are losing our young people because of college, jobs and generally wanting to leave a rural community,” church member June Winkler said.

But recently, the congregation celebrated “75 years of service to the Lord,” Winkler noted.

The church still meets in a building constructed on land donated by the husband of Chloe Effie Harper, who moved to the community in 1943 and had no church to attend.

“If the Lord wills, we will be here still in 75 more years,” Winkler said.

BOSSIER CITY — The Airline Drive Church of Christ’s work in foster care since 1984 was honored recently with an Angels in Adoption pin from the Congressional Coalition on Adoption Institute.

The church operates Bossier KIDS, which has three group homes and actively recruits parents to foster children in their own homes, minister Ben Brewster said. The ministry has cared for 360 foster children, resulting in 32 adoptions. 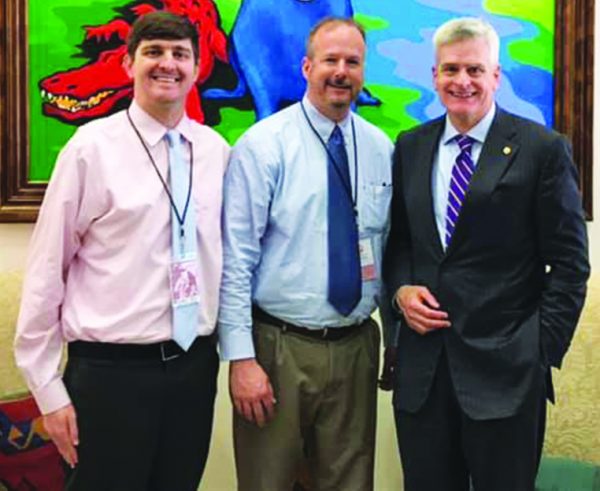 Brewster and Matt Hollis from the Airline Drive church traveled to the nation’s capital to accept the honor.

EDGEWOOD — The Edgewood Church of Christ is finding a calling in disaster relief.

“A little bit from a lot of people makes a big difference.”

This follows a relief trip to Houston after Hurricane Harvey last year.

“A little bit from a lot of people makes a big difference,” Linden said 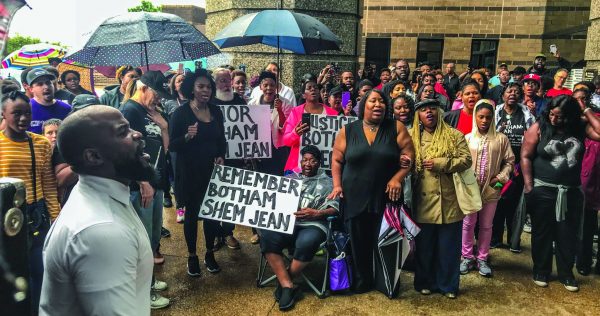 Filed under: Across the Nation National 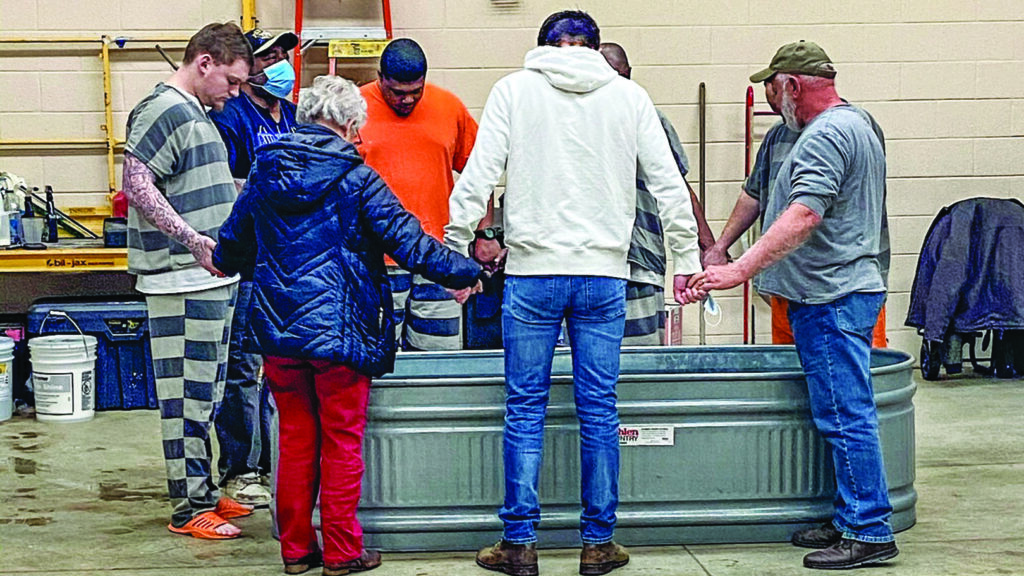