Across the Nation: Blue skies and rainbows, cooling centers and more quick takes

Hawaii congregation encouraged by ‘significant uptick’ in visitors: A rainbow rises over the A-frame auditorium of the Pearl Harbor Church of Christ in Honolulu.

The 130-member congregation’s attendance is back to about 90 percent of its pre-pandemic level, Byrne said. “The last few weeks have also seen a significant uptick in visitors, which has been quite encouraging,” he added.

Over 65 years, the church has served as the temporary “ohana” (or “family”) for thousands of military personnel and their families.

Near Seattle, where the temperature soared to an all-time high of  108, the Bellevue Church of Christ stocked up on water and promoted the cooling center on social media.

“It was quite literally the easiest thing we could do to unlock our doors and turn our air conditioner on.”

“It was nice for us to know that we were able to provide that service should it be needed,” said Kelsey Klemm, the church’s office manager.

The Newberg Church of Christ outside Portland, Ore., where the temperature reached a record 118, also offered a break from the heat.

The church spread the word through social media, but a sandwich board brought in most of the people.

“It was quite literally the easiest thing we could do to unlock our doors and turn our air conditioner on,” lead minister Chris Dunning said.

SEWELL — After more than 36 years of service with the Pitman Road Church of Christ, Dan Cooper has retired from paid ministry.

But the church’s longtime preacher will remain a worker for the Lord, serving as one of the congregation’s elders. 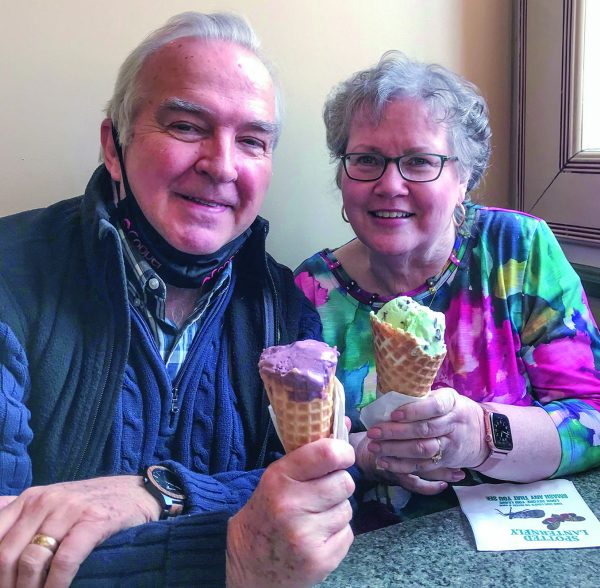 Becky Fortunato, one of the couple’s four children, paid tribute to her father on Facebook.

“Dad is the epitome of a leader who can cast a vision, bolster support and see it through, but he’s also the living, breathing example of a servant,” she wrote.

“Need marriage counseling? Help moving? Need a ride to the airport or some biblical counseling? Dad’s your guy — he loves helping and connecting with you almost as much as he loves the Lord, cows and golf.”

CLEBURNE — Clyde H. Slimp, who preaches for the Westhill Church of Christ, started playing guitar while  preaching in Tennessee. 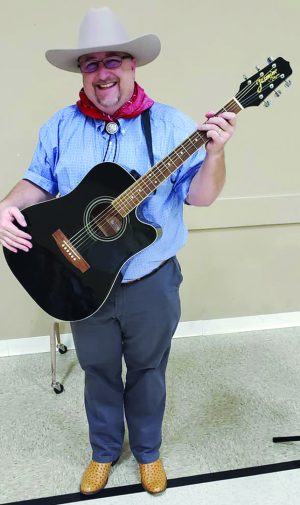 Clyde Slimp, minister for the Westhill Church of Christ in Cleburne, Texas, enjoys singing and songwriting.

Eventually, this led him to write “Raised on Jesus and Johnny Cash,” about two influences that shaped his childhood. Slimp inherited his love of Johnny Cash from his parents, and when he started playing music, Cash’s songs were crowd favorites.

While in Tennessee, Slimp started to write songs, sometimes by himself, sometimes with friends. He stockpiled song ideas for writing sessions, and during a songwriting session with C.J. Watson, Slimp proposed writing about Jesus and Johnny Cash.

The two drew upon their personal experiences, fusing their backgrounds into a partially fictitious, partially true narrative about “the lamb in white and the man in black.”

While much of it is tongue in cheek, the song resonates with those who truly were “Raised on Jesus and Johnny Cash.”

HIRED: G. Scott Weston, as dean of the School of Pharmacy at the University of Charleston in West Virginia. He previously taught at Harding University in Searcy, Ark., where he attended the Living Way Church of Christ. Jerry Lawrence, as upper school principal for Clarksville Christian School in Tennessee. He previously served at Lubbock Christian School in Texas. Aaron Howard, as assistant professor of ethics and reconciliation at Lipscomb University in Nashville, Tenn. He will teach graduate courses in theology and undergraduate courses in Lipscomb’s worship arts program. 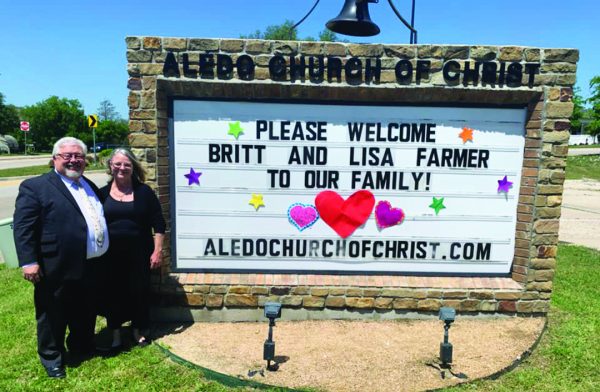 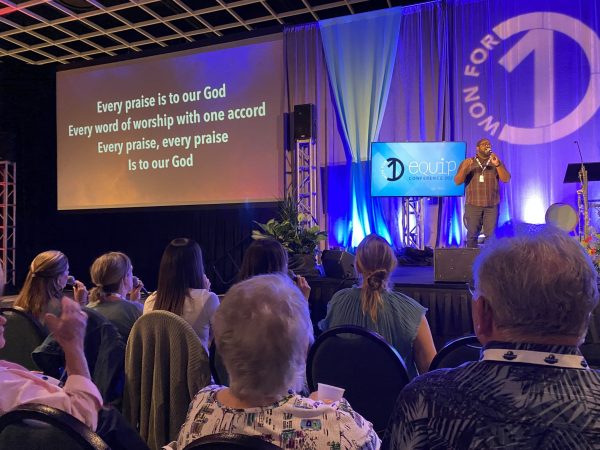 Christians sing at the Equip Conference in Orlando, Fla.

“I hope this is the next chapter to normality, you know what I’m saying? This is awesome.” — Brandon Smith, worship leader for the Fifth Avenue Church of Christ in St. Petersburg, Fla., on the first in-person Equip Conference in three years. Read the full story. 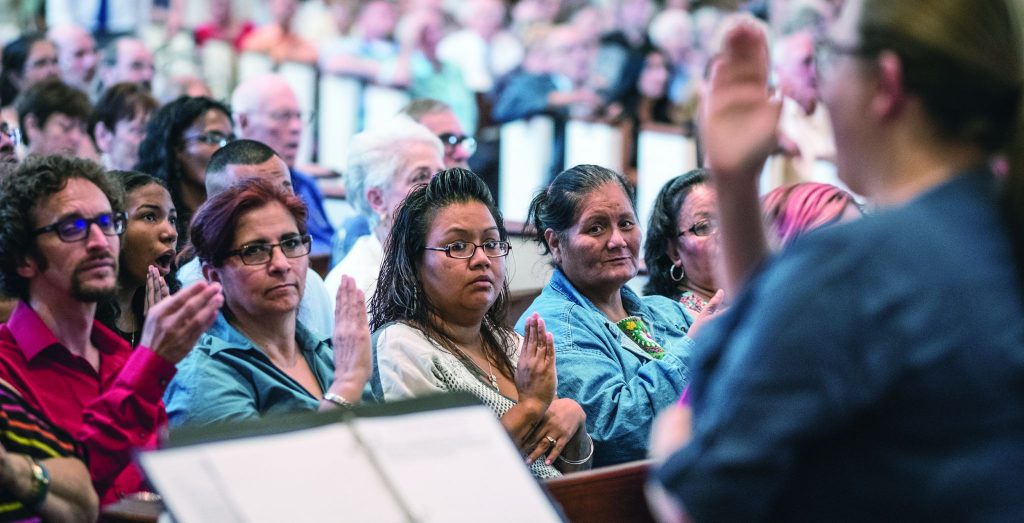 Across the Nation: 125th birthday celebration, beyond segregated Sunday and more quick takes 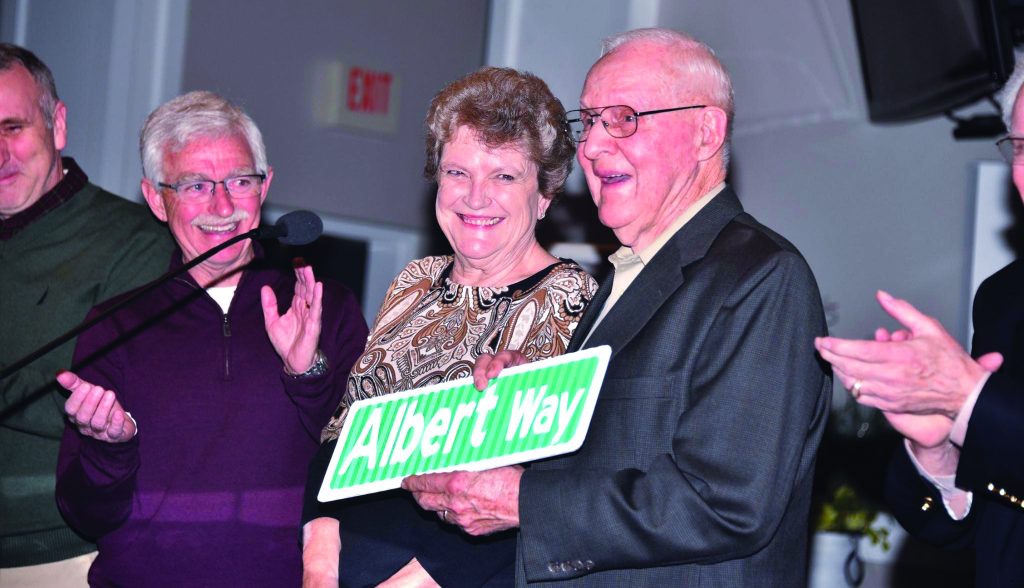 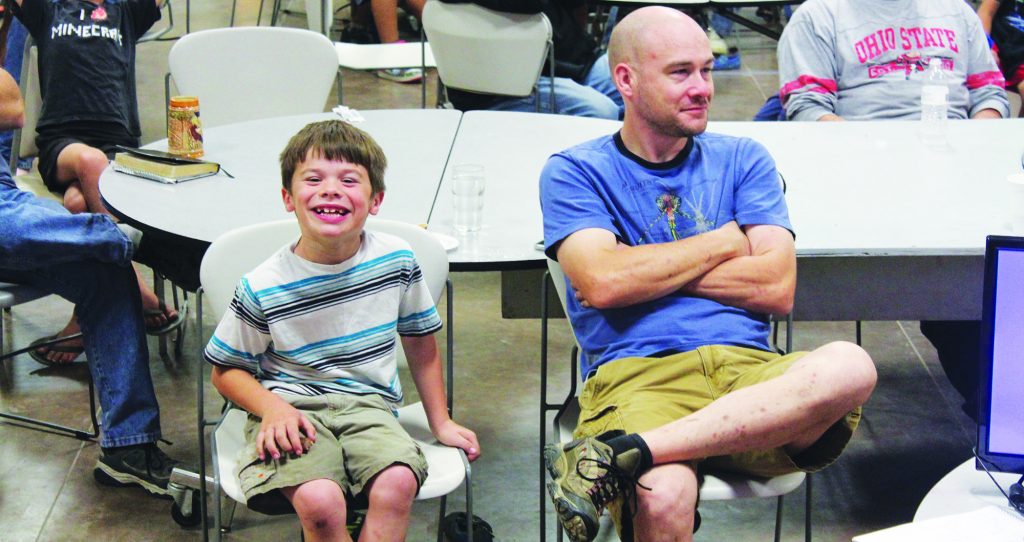 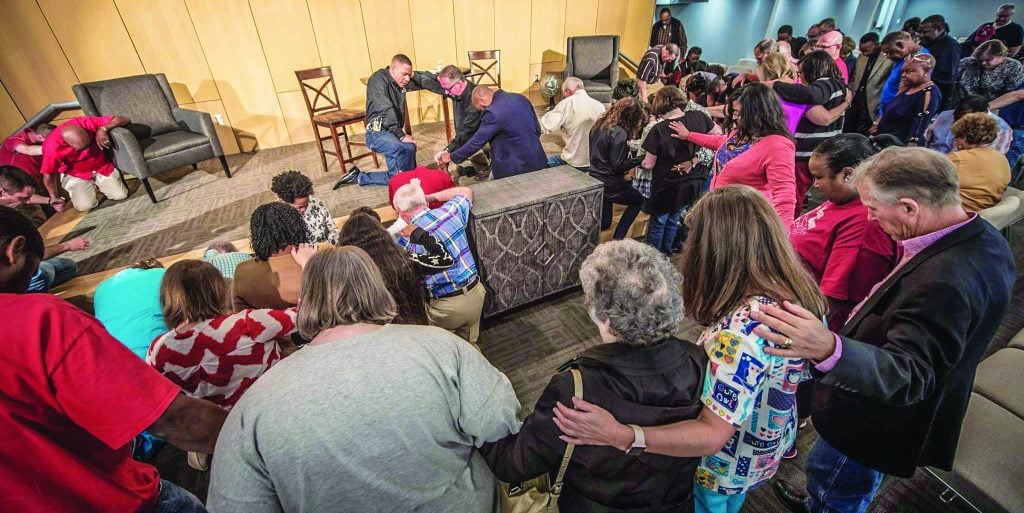 Across the Nation: Black-white dialogue, Thanksgiving made special and more quick takes