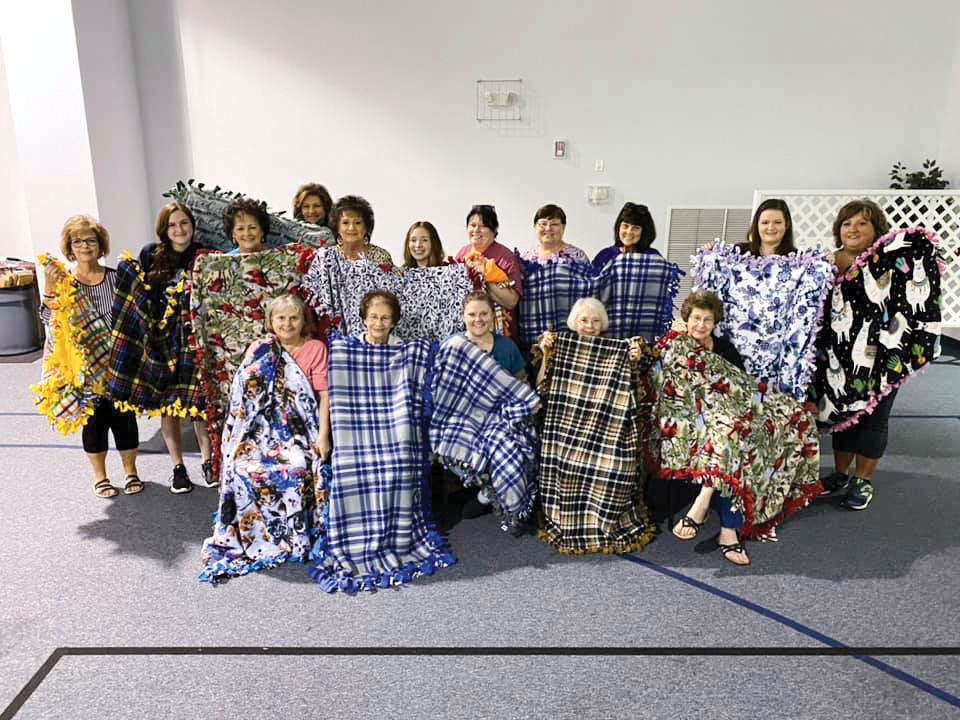 Across the Nation: Blankets of love, Afghan refugees and more quick takes

Featured image (above): Women at the Rosemary Church of Christ in Washington, N.C., show blankets they made to donate to the community.

They are part of a group known as Women of Worth that delivered more than 220 handmade blankets to the River Trace Nursing and Rehabilitation Center and the Ridgewood Rehabilitation and Living Center. The project began in October with a goal of creating no-sew blankets as an act of service for the community. Six sessions later, the Christians achieved their goal in time for Christmas.

“We thought this was an untapped resource where we can give back to the community while also kind of reconnecting with everyone again now that we’re able to be back together,” said Mallory Ball, referring to gatherings resuming after COVID-19 lockdowns. Ball, who helped deliver the blankets, spoke to WITN-TV, an NBC affiliate in eastern North Carolina.

LOUISVILLE — An armed youth tried to steal a full collection plate from the Portland Avenue Church of Christ in Louisville, Ky., during a recent worship service.

Minister Gary Butts said the boy came into the church about 15 to 20 minutes before the service started.

“And after the offering was taken and placed, before I could start my sermon, he ran up and grabbed the offering plate and shot down one of the aisles of the church,” the minister added. “And halfway down the aisle, he pulled out a gun and pointed it at one of our. … Congregation and said, ‘I got a gun,’ because this lady was headed over toward him. And then several members tackled him. … And held him down until the police came.”

Butts said the boy bit several people as they disarmed him and held him, but no one was significantly injured. He also said no one from the congregation knew the boy or had ever seen him before.

BISMARCK — The Bismarck Church of Christ hosted a three-day missions workshop recently. About 45 people attended from eight states and one Canadian province.

“The times of worship fill our hearts, the lessons and groups fill our minds, and the fellowship restores our souls.”

The annual event, which began in 1967, focused on the theme of “Ministry in the Midst of Uncertainty.”

Scott Laird, an evangelist for the Great Falls Church of Christ in Montana, said the workshop encourages church leaders in the Northern Plains, where most congregations are small.

“The times of worship fill our hearts, the lessons and groups fill our minds, and the fellowship restores our souls,” said Laird, who has served the Great Falls church since 1994.

NASHVILLE — The Otter Creek Church — a Church of Christ — is  partnering with Catholic Charities of Tennessee to help Afghan refugees who are being resettled to the Nashville area.

The Otter Creek congregation’s goal is to help meet the acute needs — food, clothing and financial assistance — for about 40 refugee families who recently arrived.

“When I see people in our church who just respond with so much generosity, what’s most meaningful to me is it reminds me of how beautiful Christianity can be when people serve and actually put their faith into action,” Graves said.

SAN ANTONIO — A fire set by a homeless man recently damaged the roof and computer room of the building shared by the Church of Christ Student Center and the Alamo City Church of Christ. 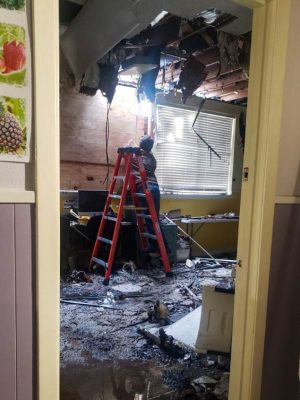 Both groups have been displaced as a result of the smoke, soot and fire damage.

However, minister Mark Forster believes that good has come from the fire as the Alamo City congregation gathers in members’ homes.

“We have been reminded of what ‘church’ really is and that it is us and in our hearts where God meets us,” Forster wrote to The Christian Chronicle in an email. “Our fellowship is richer and deeper than ever.”

The church’s insurance will cover the majority of the rebuilding costs, the minister said.

APPOINTED: Scott Melton, David O’Neil and Brent Roach as elders of the Robinson Avenue Church of Christ in Springdale, Ark.

RETIRED: Thomas Martin Jr. from the pulpit of the Madison Park Church of Christ in Seattle. Martin served the church for 17 years from 2004 to 2021.

“All signs point to paid ministry becoming something most practitioners will do on a part-time basis, sort of like the Army Reserves, officiating youth athletics or driving a snow plow,” said G. Jeffrey MacDonald, a veteran journalist and author of the 2020 book “Part-Time is Plenty: Thriving Without Full-Time Clergy.” “In the case of ministry, it will be a calling but not a standalone livelihood in one local church setting in most cases.”